Having made seven changes to the starting line-up on Tuesday night manager Chris Beech confirmed that he was impressed with the level of performance he got from his team, with a number of players staking a claim for a starting berth in this afternoon’s away game at Vale Park.

“I was pleased with what I saw, but we’re a squad anyway,” he said. “Every single one of our players is vital to what we do. There is no outstanding individual where we may as well all go home if he’s not fit. 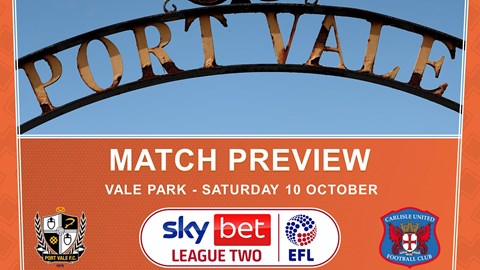 “That’s going back into the past of having that 35-goal striker, and if he’s not fit we’ve got no chance. There are a lot of squads that just aren’t like that now, even Sunderland.

“They had Max Power as captain and he’d captained the first team, they paid a lot of money for George Dobson from Walsall, Chris Maguire is a proper technician, Bailey Wright is good, Remi Matthews played every game for Bolton – if you put two of their wages together it’s probably our squad.

“Those players will all be doing the same thing as they try to get to play for Sunderland’s first team.”

“Physically we’re right at it and I remember Jon Colman telling me a couple of games ago that I probably feel aggrieved at not having more points, and he’s probably right,” he added. “I do feel that way, because the effort and opportunity is there in the stats.

“We’ve got to keep believing because, if you don’t, that just becomes a conversation. If you do, it becomes a fact, a progress and a points value, which is all we’re ever judged off. 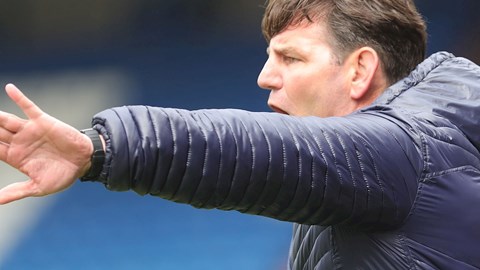 “We saw on Tuesday that players are buying into it. The penalty came because it was more like what we know Danny [Devine] can do. I was disappointed with his performance against Fleetwood in the Trophy, as he was, but he’s responded and shown great character.

“I’ve had a chat with him about changing pace, because he’s a very fit person. He covers a lot of ground, he’s strong, but it’s very difficult to get him angry. I’ve told our staff that I want to try and ruffle his feathers a little bit, because it’s no good having those attributes and not bringing them.

“He did against Sunderland, so well done Danny, and long may it continue as it progresses his career here at Carlisle.”

“Lewi Alessandra benefitted from that with his first goal this season,” he commented. “He made a big difference when we signed him last season to help us stay in the league.

“What he did the other day, against a very experienced Bailey Wright, who I know from being a young player at Preston’s youth system before he became a Championship player. He ran hard, made good decisions, was effective and had good support from the lads. I was very pleased with him.

MANAGER: It's a beautiful ground and pitch

“At the other end of the scale we had Lewis Bell making his debut. Lewi’s always been in the thinking because technically he’s very good, you saw that coming on against a pretty experienced Sunderland team. He did well.

“Obviously you want to keep letting him get opportunities, but I think what’s hard for young players, especially now because the youth systems are different, even from when I used to do them, they need pushing and understanding in the game.

“For example, and I did enquire, when Brennan pulled his hamstring at Sunderland, I rang Phil Parkinson to thank him for the pre-season game, and enquired about Jack Diamond who’d been at Harrogate.

“You could see the other day the difference in that Diamond has had that extra 12 months, I know he’s older, but he’s been out, on-loan, done really well for Harrogate to help them get promoted, then he scores that last goal against Lewis Bell trying to track him.

“It’s that bit you need to get into those technical players, to stop the goal and then do your thing. He was definitely doing his thing the other day, he was confident, taking players on, coming inside, he’s got a beautiful, lovely touch and great football intelligence.

“But you have to have a process and make sure your opposition don’t score. It was just that last goal where Diamond came on the inside and smashed it into the goal, Lewi’s in and around it. And it’s not just him at 17-18 having to learn that.

“I’ll still talk to 32-year-olds about that. It’s those things you have to get in. You could see in Diamond, his resolute, consistent way he plays, and Jack Armer did brilliant against him, he didn’t have it his own way at all.

“I was pleased for Jack. I told him before the game to make sure Nick [Anderton] can’t play another league game this season, that’s what you’ve got to do tonight. That’s what football is, your squad, you’ve got to be competitive.

“I made sure Nick was in earshot when I told him. Jack did well considering he’s not had the four-week week pre-season block, he missed it. He’s been out of squads and back in squads, what a great attitude to then say ‘yeah, come on, let’s have a go’ and he did well.”