The second part of our ‘Big Picture’ interview with John Nixon. 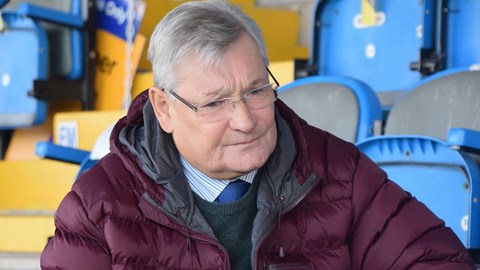 You’ve mentioned Armageddon and the crisis which could come as early as next week for some clubs, does this affect that £250m you’ve been looking for?

There are probably six or seven clubs that are really near the edge and the tipping point will probably come when they have to pay October wages, or at the end of October. This week clubs will receive the second half of the Premier League solidarity money instead of getting it in January. There are a number of clubs, and I will have a few who I represent, so I’m just waiting to get the names of those clubs so I can support them. We’ve got to put a rescue package together by the end of October, no matter what happens with project Big Picture, to save those clubs. By the end of November, that six or seven will have increased and there will be more, so we’ve got to get the rescue package. We shouldn’t do that with our backs to the wall and take the first option, and that’s not what we’re going to do.

The Premier League have got form on this, they might say that the EFL know what we want so if we don’t get it that £250m might not come?

I was in three meetings on Monday, two of them with Premier League colleagues, and there is no animosity towards the EFL or the clubs. I think they really want to help League One and Two, but I think they’ve got a bit of a problem with the Championship, which is inevitable. I think they want to help, and they will help. I’m still confident that even if we’ve got to do it ourselves, we’ll help the clubs who are in need by the end of October. The problem at present is that they are indicating that the cash is there, but the caveats are too big for the 72 to accept.

Are those caveats away and aside from the Big Picture caveats?

Yes, to a degree, they are away from the Big Picture caveats. They’re more about real-time issues like promotion and relegation, as well as player registrations and various other things. They’re big issues that some of the 72 clubs really wouldn’t be able to sign up to, because you’d be signing away potentially a long future. Whenever we’ve taken money from the Premier League, they’ve done it against a background where we’ve had to accept standard contracts, EPPP and all sorts of things. I think we’re now more cautious about not signing our whole future away, despite the fact that our back is to the wall.

Having seen the proposal in more details, what’s your view?

There’s a lot in it I like because the lower league clubs get a lot more money. The key thing is not to put it into the clubs and let them pay it out in wages, because that would cause the whole thing to spiral again. 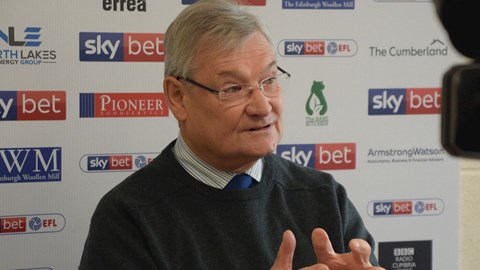 How do you protect against that?

Lots of negative reaction, Oliver Dowden included, has that surprised the EFL?

I was surprised because most of the things that have come to me from League Two clubs have been relatively complimentary. I’m not 100% sure that the Government fully understand the finance picture of football. They’ve got a fairly standard approach to it, they look at football as a whole and say it appears to have money, so can you help yourselves. I don’t expect the Government to give us a blank cheque or write out a cheque, but I think they can help the football industry, which is a key part of communities in England. I think they can do it in other ways, and we are approaching them from that point of view.

Almost a threat from Oliver Dowden where he said the Government could step in and look at the governance of football, can he do that?

Yes, they could do that, and you could get a different form of governance coming in, but that’s something I think we should be capable of governing ourselves. I think the more people who are educated in what is actually happening in football, the better.

Any proposal comes with the outline, but there are a lot of percentages in there, what are the actual figures? 25% of what?

We’re looking at 25% of their media revenue which is a huge sum of money. They are big numbers and it will flow down into the lower leagues which is what is most important, we’ve got to be able to govern that properly.

A big worry is that the Premier League have talked about taking some of the rights back for themselves, if we give the power to the Premier League, those clubs could then say ‘here’s the TV deal today, but what we’re going to do is sell the big games ourselves’ – what stops them from doing that and it suddenly becomes 25% of not very much at all?

There isn’t anything to stop them doing that at the moment. That’s why, when we put the deal together, we’d have to put in a caveat to make sure we have veto’s as well, which would stop certain things happening. When you agree to these sorts of things you’ve got to make sure you put the veto’s in. That sort of thing is all to play for, we aren’t just going to take what they’ve offered. The Premier League are going to be selling more packages in Europe to a bigger market, so the face of the TV deals will start to change when you get into the European Conference. As long as we’ve got the caveats and ways we can veto anything that might be detrimental to the EFL, then we need to secure for as long as possible, funding streams that will come down to the EFL. The EFL plays an important part in feeding players into the Championship and Premier League, and the England team as you’ve seen from the squad that has just been together, the majority of them have played in the EFL. Even at our club, although EPPP was never popular when it first came in, it’s now yielding things. There is a lot of success at the younger England teams for players to then progress into the senior side, and a lot of League Two clubs have had similar success with players. I would love to be able to keep our younger players, but it isn’t possible and they end up moving on. We’ve got recent examples in Jarrad Branthwaite and the couple of boys we’ve got at Leeds. Dean Henderson left us before EPPP, but he’s still an example and these players are feeding into the game at higher levels. The game is better for those systems that have been put in.

Will the caveats and veto’s be strong enough?

A veto is a veto at the end of the day. The FA veto when the Premier League was formed means if they don’t agree to the promotion and relegation situation then it won’t happen, so their veto is working, which we saw during the pandemic.

What’s to stop it becoming 25% of absolutely nothing because they bend the rules within whatever deal gets agreed?

That happens if you get into a situation where you don’t trust them, but it’s got to be built on more than that. It’s about English football and currently it’s about 92 professional teams. At the moment it’s 20 and 72, but it might change to 18 and 74. There’s no reason to think the EFL has to stay at 72. It might be that you could bring another league in or adopt the three up three down method across all leagues. We can look at all sorts, the fact is that it’s an open discussion and the ball has been kicked off.

SKY BET: All your Carlisle predictions in one place - enter now!


This season, United supporters and fans across the leagues are competing week in week out on the results predictor – accessible on the Sky Bet EFL Rewards App!


The EFL and Carlisle United are reaffirming our support to any player(s) or member of staff who wishes to take the knee during the 2021/22 season.