United’s youth team followed up their Thursday night FA Cup heroics against Bradford City with a 2-2 draw at Rochdale on Saturday, but boss Eric Kinder expressed his disappointment following the game that his team had allowed a two-goal advantage to slip. 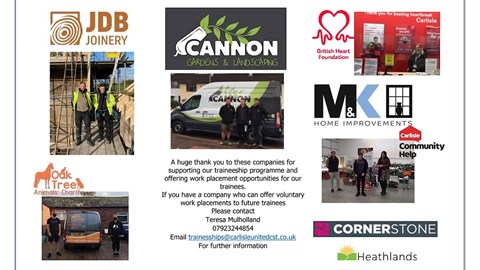 “We started ok, full of energy and running, and we got ahead when Keelan Leslie drove one in from the edge of the box after we regained possession really well,” he said.

“Lewis Bell got in behind them down the left-hand side after another good period from us, and he scored our second, which was a very good goal. At that stage you’re thinking right, let’s go on and win it then.”

“Unfortunately we completely ran out of steam after that,” he added. “We knew heading into the game that Thursday night would catch up with them, and I accepted that, but it’s the attitude the players had that I didn’t like.

“They used the fact they’d played on Thursday as an excuse for everything that went wrong. They’ve got to learn that they must be more resilient because if they’re going to make a career of this they’ll have to be able to play Saturday-Tuesday repeatedly, as the first team are at the moment.

“So, yes, I was a little bit disappointed, not with the result – that was probably fair – but with the way we went about dealing with the game, particularly in the second half.

“The frustrating thing was that we were two goals ahead and, with the players we have, we should be able to see that out. In the end, if I’m being honest, we were lucky to come away with a draw.

“We never got going at all after the break and we were blaming each other or moaning about little things, and you can’t have that.”

“We need to have a good look at ourselves for the way we handled it overall and hopefully it’s another part of the learning process for them,” he commented. “Two games in a week should be something they can take in their stride.

“That’s even more the case when you’re comfortably ahead. I thought they’d want to go on and enjoy the game, but we started to lose concentration and we gave away a silly penalty.

“People started making strange decisions and not playing their position, and that’s when blaming others came into it.

“All of a sudden we looked a weak group and that’s something we need to address. Some of them accept the criticism, some don’t, and I actually asked them if they wanted to hear the truth at full time.

“They all said they did, so I gave it to them, and they seemed fine with that. We’d told them before the game that they would start to feel tired and that was then they would need to dig deep.

“We were prepared for that part of it, but we could see it was starting to become an excuse the longer the game went on. I don’t like excuses, I want people who knuckle down and get on with it. If we’d done that we’d have won the game.”

With the Blackburn game looming large, we wondered if he was concerned that the competition was going to distract from league performances.

“The FA Youth Cup is a great competition, and it does affect the lads, but they still have their league games to play, whenever that may be,” he said. “There’s a requirement to play as well as you can, and they know that, so we can’t accept excuses.

“We’ll get a reaction this week because that’s what this group is about. It’s a clear week for us leading up to the Oldham game, then it starts building up again. The Blackburn cup game is added to the run of league fixtures and it all has to be dealt with.

“We’ll talk about what happened on Saturday with the lads again this week, we’ll make sure they’re learning from it, and if they aren’t emotional and disappointed after a game where they haven’t been at their best then they probably shouldn’t be doing the job.

“I didn’t like what I saw at the weekend because they played like 14-year-olds instead of 18-year-olds. That’s something we don’t want to see again.”