No sooner has the ‘summer’ transfer window shut than attentions turn towards January which, in the big scheme of things, is only just a matter of weeks away.

“It does seem quite surreal that we’re thinking about it opening again because it’s only just shut,” Chris Beech told us. “I’m sure we’ll have a look at where we are and what it is we can do as we get closer to it.

“We have a couple of loan deals to look at, and Ethan Walker is one of those. We’re very thankful to Preston because they have helped us out in his rehab since he injured his shoulder. He’s gone back and they’ve been good with us financially with that.

“They know they’ve got good players and coming here they get treated right and get good opportunity. In terms of me doing the job for us is the fact that I’ve got to, while we get to where we’re trying to go to, we have to have value in our three points in that development.

“That’s why it was good to see our young players the other day stepping up because that can pose different question marks as we head into January. Ethan wants to come back and so do all the players who’ve played for us.” 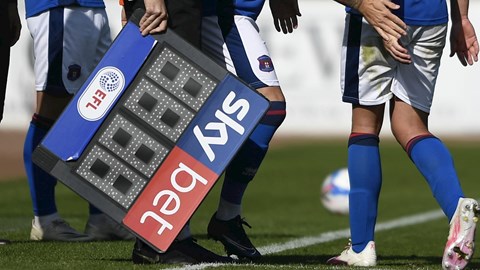 MANAGER: In terms of where it is now, I'm adaptable

And with players who are contracted here, we’ve seen already with Jon Mellish that new or extended deals can be offered whenever the manger feels the time is right.

“It’s a bit too soon to be talking about those things,” he commented. “We have players playing very well and there’ll be others looking in terms of where they are and what they want for their futures.

“Jon Mellish was important because it’s gone better than I thought, but in terms of doing it I always knew he’d progress. Speaking with David Holdsworth, it was the right thing to do to support that.

“It means all our players are basically secure for the future after their contract time. In terms of new contracts, it’s not like we have to do it right now, it’s important to do it and try and teat everyone as we can as a workforce.

“It’s one of our attributes, we’re all on the same page trying to do similar things.”

And new arrival Rhys Bennett, who got his first start for the club in midweek, is another on a short-term deal who will need to be considered.

“I’d love to keep Rhys, I really would,” he insisted. “He’s a big lad, very athletic, and if he gets stretched into a channel he has the capabilities to get there because he’s very quick.

“He set a couple of goals up with his clearances the other day. It never looks like he’s flustered, has played a lot of games, great age. Sometimes it’s circumstances, the only reason he’s here is a deal fell through at Championship level and it changed the format of that.

“He had a couple of League One opportunities, their managers had him on a line a little bit. I’ve spoken to him from the first day I got this job, I know his character and know he’s very good, and he can play various positions.

“Against Cheltenham we should have had a penalty for a foul on him in the box, and he won headers both at the back and ones that helped us in attacking situations. With this new five substitute rule, to have people like Rhys Bennett around would be great for us after January, but we have to wait and see.”

When a team is at the right end of the table any transfer window brings with it the prospect of players heading out the other way.

“That’s possible, but moving too soon can harm your progression, and that’s for everybody,” he said. “You need to be in a situation that has an understanding of who you are, and that’s why people do really well. That’s why our players are doing really well.

“Players going out may happen, it may not. As a club we are one of the lowest budgets, but David has done a great job with how we’re financially structured.

“People have assisted him with that and the sales of the likes of Jarrad Branthwaite have meant that we haven’t had to make anyone redundant through these dark times we’ve had.

“It’s also provided a platform to say no to a few things, we’ll see, but January is a long time away and I see that as something that we don’t really need to concern ourselves with right now.”