United boss Chris Beech gave us his reaction to the Cheltenham home game shortly after full time on Saturday afternoon. 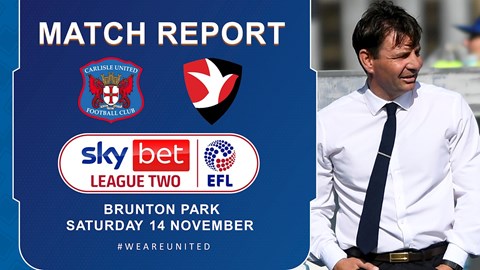 “It was a frustrating day, I’ll agree with that,” he said. “We had things to show from the game in terms of effort and commitment, but we haven’t got a point to show for it.

“We had our energy and pride, the will to keep going and go right to the end, and in that we did create a couple of clear-cut chances, definitely one, and didn’t take advantage.

“These things happen, we’ve been beaten, well done to Cheltenham, but I love the way we try to go about things and I want to stay like that. There’s some dark arts in that lower league and we have to be aware of them, because they do assist you, but I’m very pleased with how we try and play football.”

With the Robins having built up a two-goal advantage, he added: “You can see they know how to defend a lead like that, to take a long time on goal kicks, throw ins, and they did the same last season.

“They’ve been here and done that before. They’ve got proper League One players and it costs a lot to recruit those boys. Sercombe doesn’t just sign for Cheltenham for the fun of it. Williams left a promotion team to play.

“If they’ve got it they can use it on those lads and that’s what you get with that experience. But I was dead pleased with how we tried to compete against them.

“We have to have that energy in our play, we have to be like that, it represents our supporters. That’s what we do, try our best to give everything. Physically, we’ve got to not talk about it but try and do it. 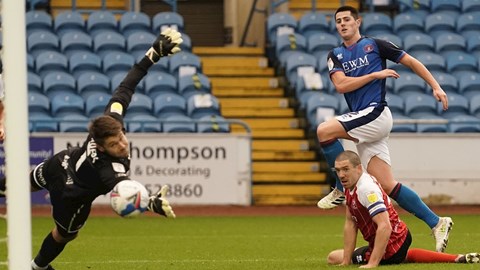 GALLERY: Images from the Saturday game

“We did that, and did have them on the back foot, but it’s a shame we couldn’t get that goal because the lads deserved it. Everyone watching on iFollow would have been jumping around their lounges, it would have been a great feeling if we’d scored, but we didn’t get it.

“Did we deserve it, I think so, but we haven’t got it and we have to take the jab on the chin and get ready to go again next week.”

And on the manner of the goals conceded, he commented: “The long throw they have is League Two football at its best.

“They put it right underneath the keeper and they’ve done that in a few games, to a few teams. They’ve got that capability. They have Reuben Reid on the bench and it’s there to be had, utilised, and well done to them.

“They do play football as well, and I have to give them credit for that. But I’m a bit disappointed with the second goal. The bench and players were claiming for a penalty, but it was actually a foul on Jon Mellish.

“The ball spills from that, somebody does bring somebody down, the second foul is definitely deserved, but play should have been stopped before that for a free kick for us. These things happen, we gave everything, kept going, and we had a great chance to equalise but didn’t score.

“Like I say, before the penalty was given, Jon got to the ball first but he was pushed to the floor. We don’t really scream too much on incidents, we don’t try and kid or gesticulate towards the referee at that point. 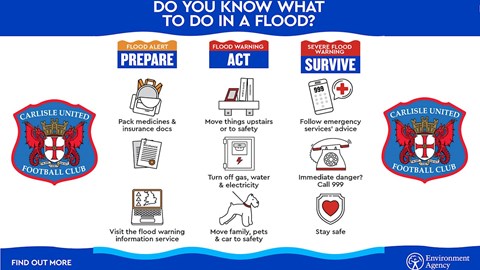 “They had a leg up the ladder by claiming for a penalty and actually getting one. Gav Reilly was pushed in the back in the first half when he was shooting, but I don’t teach our lads to fall over and scream.

“I don’t think Carlisle fans want us to do that, so I try to steer away from it. I see big centre halves going down like they need hospital treatment, so maybe we need to do some of that, just not as much as some of our opponents do.

“I said to the fourth official at one point - what do you want from Tebay McDonalds because I can get there and back in the time it’s going to take the keeper to take this goal kick. That’s how some teams play.”

It was the Blues who put the pressure on towards the end of the game, but chances went begging as the seconds ticked away.

“All I said to the lads at full time was well done, great effort,” he told us. “I thought we were really good, great energy, some good football.

“That last embers of the game, we talked about that last Sunday when we went right to the wire, we did today but we needed to try and make something special happen at that point.

“Fair play to Cheltenham, well done to them, but I did feel we deserved something from it. There was the chance right at the end, Gav knows it was there but he’s brilliant at finishing.

“He’ll get one, he didn’t get it today against his old team. It’ll come, he’s hitting posts, he hit the target there and it happens like that sometimes.

“He didn’t find the back of the net so he didn’t get what he wants and what we all want. We all want him to score his goals so it’s no good piling on the pressure. We know he’s capable of scoring and we know the chances will keep coming for him, because he works hard to get there.

“Of course he needs to put the ball in the back of the net and he’ll get there. We need to support him as he continues to do his work to get there. Supporting anybody is very important and even at the Hayes game I had to tell a couple of the lads to stay away from Twitter, because there’s no need for certain things and there’s no need to sensationalise things sometimes.

“It’s harder when you’re younger to see these comments and deal with them, but they come so you have to what you can. Gav is getting in the right places and we know he’ll get his goals.

“It’s the same for the other lads. Joe Riley hit a screamer, it nicks off somebody but not enough to go in the net. We had more shots in free play, but they utilised their set plays and won the game.”