The Blues face the Robins on Saturday as they look to defend an impressive home record which has seen them win all five of their league fixtures here at Brunton Park. 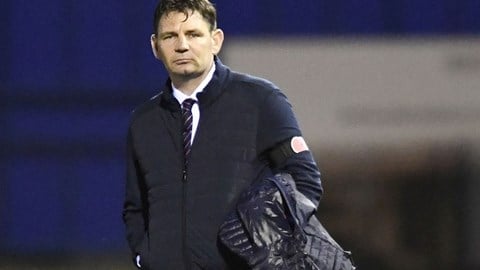 MANAGER: It's the fans who are most prominent at a club

But Chris Beech insisted once again that nothing in this game can be taken for granted.

“We’ve had some really good results here at home and, hopefully, long may that continue,” he said. “I’ve no interest in people saying it’s a fortress, it’s about hard work, doing things right and giving it everything to get the result, home or away.

“The pitch is big and it’s firm, so if you’re a quick player you’ve got responsive feedback in your legs. Sunday’s pitch was quite good at Hayes, but the grass was long and slower.

“We have our way of playing at the moment and I think that’s down to Dave the groundsman who does a great job. We know what we’re getting prior to playing on it.

“To be honest with you, we’ve been a bit unfortunate in away fixtures in certain parts of the game to not have more points for those performances, but it is what it is at the moment.” 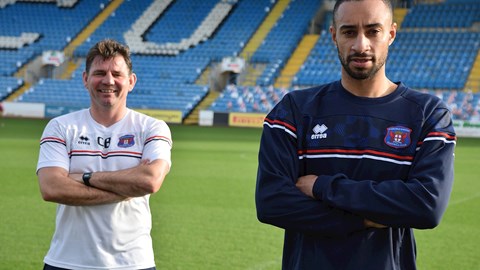 On what we can expect to see from Cheltenham, he said: “They’re well managed, and they’ve had a similar group of people and players for a few years.

“They’ve had to deal with the disappointment of the play-offs last season, did really well to get there, because of those experiences they’re probably better placed to get promotion this season.

“All our experiences are brand new ones. I’m looking forward to the game because Cheltenham have League One players playing in League Two and they have a good six or seven players who are over 6ft, so they’re capable of scoring and defending from set plays.

“They have an unbelievable long throw that’s longer that JJs, they’re equipped to play possession-based football, tackle hard when needed, as we saw last season, and have the capabilities of dealing with set plays for and against. They’re totally equipped to try and gain promotion.”

“It was a very close game when we played them last year,” he continued. “I don’t think their goal would have been given if we played at Premier League level because of VAR.

“They got one there, it was a very tough, competitive game, and they’ve strengthened to add to the group again. Their strikers are excellent, Reuben Reid, Williams, they’ve been there and done that, got the t-shirt and played at higher levels.

“They have some good energy in midfield, some standout players, Sercombe, players like that. They’ve got some big, tough lads, and they’ve recruited well. It’s a real big challenge for us but one to look forward to.” 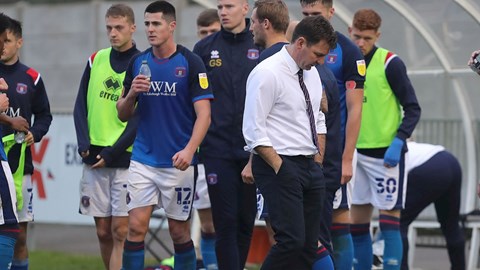 With Gime Toure serving the last game of his three-match suspension and both Dean Furman and Josh Kayode away on international duty, it’s a weekend that poses some interesting selection posers.

“We do have players away, but that promotes opportunity to others,” he said. We’ll see what we do. We’ve done our homework on Cheltenham, their style and shape, the way they play and the formations they use.

“They’ve got a possession-based game but generally play three at the back. They’ve got their own issue, their goalkeeper got called up for England replacing Marcus in the squad, they’ve got a goalkeeping jersey to fill, but we’ve got a few outfield situations.

“We’ll see what we get up to but whoever it is and however we do it, we’ll be trying to repeat the traits. Injury wise we’re pretty good. Aaron Hayden split his finger, but I’d be disappointed if a centre-half couldn’t play because of a cut on his finger.

“You never know nowadays but I’m sure he’ll be fine. Joe Riley got that bad tackle and limped off so we’ll have to see how he is.

“Rod McDonald is good, that’s another mad thing we have to deal with. We do what we do, other clubs may act differently, but he’s fine, he had a dry cough and temperature so he didn’t travel last weekend, and was in a car with Danny Devine. They’re both absolutely fine and back in the fold.

“We’re good, but you never know what happens in 48 hours at Carlisle. We’ll have a plan in place. I’m staying out of our physio’s way, he’s a professional deliverer of bad news."