The club were today deeply saddened to learn of the passing of former director Arthur Hodgkison.

As well as being a director, Arthur also carried out a number of roles at the club, and was safety officer at the time of the Hillsborough disaster in 1989 when the decision was taken to remove the fencing which surrounded the terraced areas at Brunton Park at that point.

Chairman Andrew Jenkins said: "We are all very sorry to hear of Arthur's passing.

"He was well liked by everybody at the club and he was a big help and influence over the years.

"On top of his duties as a club director, he was also the safety officer until such time as the authorities decided that club officials could no longer carry out that role.

"He was a very likeable character and our thoughts are with his family and friends at this very sad time." 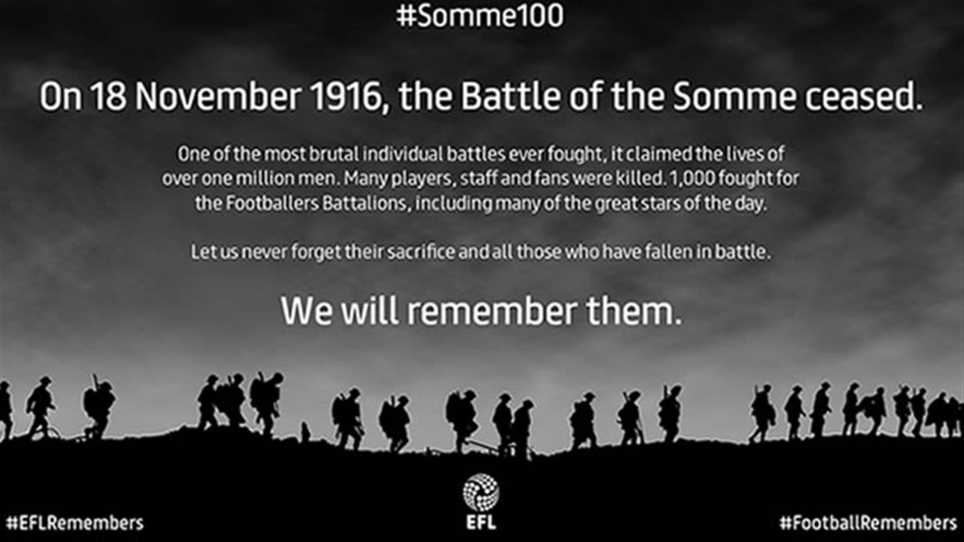 
The EFL Remembers - The Somme Centenary