Carlisle youth product Josh Dixon went into pre-season at the end of June last year looking to make a mark, having earned his first professional deal and having recovered from a nasty cruciate ligament injury. 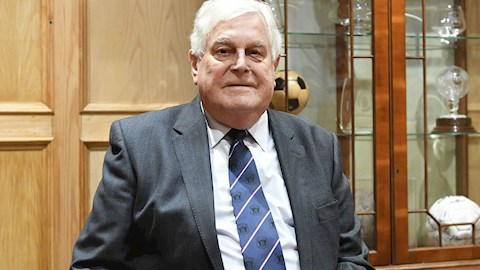 But bad luck struck before a ball had been kicked in anger when he hobbled away from a training session, suffering what turned out to be a second ACL injury.

With his rehab programme in full swing prior to the Coronavirus lockdown, we caught up with the 19-year-old to find out how he has coped, and where he’s at in terms of a return to the fray once the restrictions are lifted.

“It’s quite good news for me at the moment because I’m at the point where I’m doing the things the other lads are doing, and possibly a little bit more,” he explained. “I make sure I complete whatever Dave Waldie sends into the chat for the lads, and there’s extra stuff for me to do on top of that.

“There’s ball work for me to do most days around cones and objects, and that’s all designed to get my knee used to working on the ground again.

“The way I’m looking at it is that the more I do now, while we’re going through this lockdown situation, the better it will be when we all get back together. Obviously I want to be training properly as soon as I can, and this is all building towards that.”

“I’m feeling quite confident about it all at the moment,” he added. “I’ve been on long runs and done some short and sharp workouts in the garden, and I’m not feeling anything negative at all.

“There’s no swelling and no pain so I just need to keep going now. We put the videos on social media last week of a few us keeping the ball up and the reaction from the fans when they saw me doing that was unreal.

“That kind of thing means a lot, mind you, I wasn’t sure if the one I sent was going on Twitter or not. I’d have done way more of the fancy stuff and blown everyone else away if I’d known it was going to be used!

“The fans were really positive when they saw that little clip and they’ve supported me through this all the way, and I do appreciate the comments and nice things they say.” 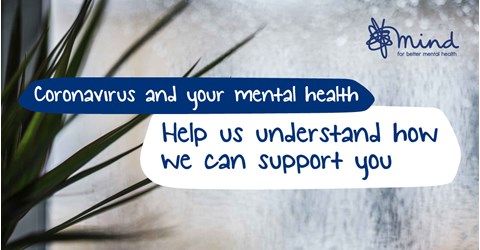 MIND: Help our charity partner with their Coronavirus research

And having to work remotely from Dolly and Dave Waldie, he confirmed that regular contact from them had been another hugely important factor through this unique rehab process.

“Dave has been good on the nutritional side of it, and with advice on the types of runs and exercises I should be doing. I’m sure I’ve been a bit of a pain, but they’ve been there for me at all times of the day if I’ve felt I’ve needed to ask a question.”

Looking back to last summer, and the pre-season recurrence of the ACL injury which had seen him miss much of the previous campaign, he told us: “At first, when I stood up after it had happened, I wasn’t sure that it was the ACL again because it didn’t feel anywhere near as bad as it did when it happened the first time.

“I went for the scan and tests and it was a horrible feeling not knowing what the results of those were over the following weekend. There were times when I was sat on my own, in my bedroom or wherever, and I started thinking about what it was going to be like if it was going to be bad news, so that was tough.

“When Dolly confirmed the worst I was absolutely gutted. It felt even worse because I was enjoying pre-season, I was playing well, and I was getting some really good game time. It went from me looking forward to the season starting to knowing that I had another long-term injury to deal with.”

“I can remember Dolly telling me the news and it just didn’t feel real at all,” he said. “A lot of work had been put in by a lot of people through the first injury, so it all felt horrible.

“Having all that taken away and knowing that I would need another operation, and that the work was back to square one … yeah, that was tough.

“Some days were really hard, I felt quite low, but I’m quite a confident person when it comes to my own ability, and what I need to do, so overall I was just determined to get on with it and put it right again.

“This is where it sounds like a cliché but when you have your family around you, pushing you on, it makes it much easier. They step in when there are days where I’m feeling low, and I’m soon back at it and pushing again.

“Their positivity has helped me to stay in focus and get me through the tough days. I can’t even put into words how much I want to thank them for the patience they’ve shown.

“Whenever I have started to feel sorry for myself I’ve had my family, and even Dolly and Dave, who have quickly got me focusing on the good things, and it really has helped.”

We’ll have more from Josh on the official website on Friday afternoon as he talks about what it will mean to pull on the shirt of the club he’s been with since the age of 9 for the first time.