With a girlfriend and a close family relative right at the heart of the battle against the Coronavirus in the NHS, Omari Patrick understands as much as anybody that the priority has to be safety, and for us all to do whatever we can to help to overcome this terrible disease. 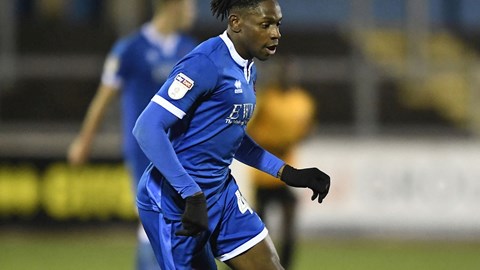 But we wondered how frustrating the last 10 weeks had been for him, particularly with him having made such a positive impact since his January transfer window arrival.

“The virus was the priority, and rightly so, and it always has to be,” he insisted. “But if you’re talking purely football then obviously people will understand that it’s our job, it’s what we do, and we’re missing it a heck of a lot.

“Through the early weeks I was desperate for us to get going again and I can’t wait now, to be honest. As a team we were starting to play really well, we were hard to beat, and it was fantastic to be part of it.

“I think the gaffer has said this a few times but our points average from the last ten games was equivalent to being around the play-offs if we’d been doing that all season, and you could feel in the dressing room how positive it all was.

“Quite a few of us had come to the club in January and we were getting to know each other and how we all played, and I honestly felt we were gelling. I felt completely settled and I have to thank the fans here because they gave me a fantastic welcome.

“That means a lot, and when that happens all you want as a player is to repay it as much as possible.” 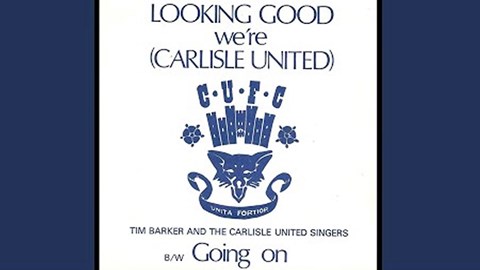 CARLISLE REUnited: Sing-a-long as you pledge your support

And having notched six starts and two goals from his seven appearances, he commented: “Getting a couple of goals always helps when you’re introducing yourself, and it was a weight off my shoulders when the first one went in at Morecambe.

“It was good the way that happened because it got us back into the game, and it all felt part of a really positive journey that I’ve been on from the first day I came to the club.

“We didn’t know it at the time but the Newport game on the Tuesday night was to become the last one of the season, so it’s nice to have got a goal in that game as well.

“And it was a header! That was something which has never happened before, so that’s one for the scrap book. I think the gaffer was as proud of that one as I was because he keeps going on at me in training that I need to head it more.

“True story – I actually said to him in the lead-up to that game that I was going to head one into the net for him so there was a huge smile on my face when it happened. I was as surprised as everyone else when it hit the back of the net, but it felt good.” 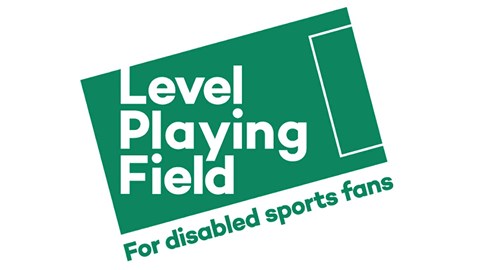 A feature of his appearances before the close down was a sense of versatility as he took up a number of roles and positions, often within the course of the game.

“When I spoke to the gaffer on deadline day he told me that he wanted to get the best out of me in whatever attacking position he felt was needed,” Omaril explained. “I do like playing on the wing, he knows that, but he spoke to me about using my pace and about the fact that I needed to be as versatile as possible.

“I’ve played up front before at different times, and I do enjoy it, but I’ve never really been properly spoken to or taught about that role until I came here. Through the first month or so the gaffer had me playing left wing and through the middle, but always with clear instructions, and that’s why I know I’m going to learn and develop a lot.

“It’s good to know that the trust is there for me to able to do those jobs and it means I’ll be able to step up and do it again if it’s needed going forward.

“When I look back to when I had my debut at Bradford, I went through quite a lot of managers there and it was hard to get the feeling that the trust was there in what it was I could bring to the team. That means you try too hard, or whatever, and it never quite worked out for me.

“Now, here, I have that feeling of trust and that’s so important. It helps your progression because you come in feeling so positive, and that helps in everything you do, be that in training or out on the pitch.

“Knowing that you’re going to play a part in being in a team that’s looking to play good football gives you a real lift mentally and you genuinely look forward to going to work. It’s certainly a feeling I’ve never had before, but you don’t realise that until you get to a place where you really do feel involved.

“What that gives you is the feeling that you want to do well for yourself and for the club. Football is about being at your best and you need to feel confident to be able to do that, and I think that’s what I have here at Carlisle United, a real feeling of self-confidence.”

“People have asked me a lot since I came here if I’ve made the right move, and I just know I have,” he added. “I was being asked if I’d made the right decision before the lockdown and I’ve said from January that it’s been the best thing career-wise I’ve ever done.

“If you remember I was at the Mansfield game the day after I signed, when I wasn’t allowed to play, but I got to see the dressing room and how the gaffer worked. I saw the fans after that late goal from JJ [Kayode] and I couldn’t believe how much passion there was.

“I’d actually been at Mansfield twice in two weeks, because I was there with Bradford just before the move, and it was obvious to me I’d made a good decision.

“I’ve been through some hard times in football over the past couple of years and it’s a big relief to feel like I’m finally in the right place with the right people.”

With the manager having been in touch constantly through this strange period, Omari said: “He’s spoken about next season and I know what he wants from me, which is good. 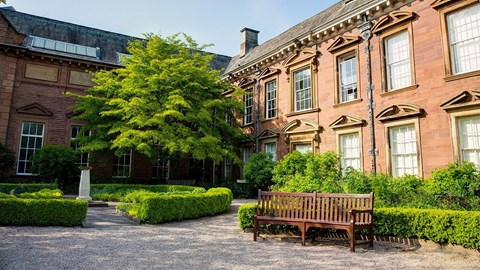 “He definitely wants goals. Other than that, he just wants me to work as hard as I can, give everything in training and out on the pitch, and keep learning and developing as much as I can.

“I know if I keep doing that then I’ll be progressing as a person and as a player and, just as importantly, I’ll be helping the club to get back to where it wants to be.

“League One has to be our aim as far as I’m concerned, and that means that promotion is a target, through the play-offs or whatever. It simply has to be a target for us.”

But as for what it will feel like should next season start without the fans in attendance he told us: “It will definitely feel weird.

“Ideally the fans will be there but, if they can’t be, I hope there’s a way for them to watch the games online, on the telly, or whatever. If the stadium is empty at least we’ll know that our fans are still watching us, and that’s important, because the game is nothing without the supporters.

“Motivation to play won’t be a problem, we know we have a job to do, but what a day it will be when fans are allowed back into the ground again. That will be really special.

“I suppose in a way it will connect the players with the supporters even more, because none of us have ever been through anything like this. That’ll be a good day and I know we’re all just looking forward to it.”