United boss Chris Beech gave us his reaction to the Colchester defeat shortly after full time on Saturday evening. 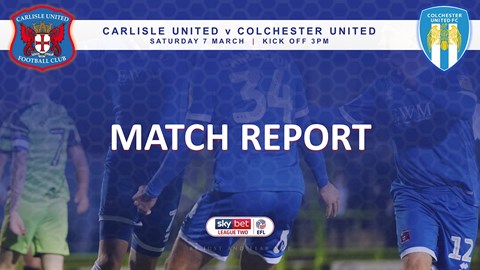 “You’re always disappointed to lose, of course you are,” he said. “My voice has gone from shouting so much. Obviously I wanted us to win the game, but we didn’t and we have to make sure we pick and get ready again for Newport on Tuesday.

“I can’t fault the lads for energy, and they competed, but it makes it look worse than it is when a game drifts away from you. The goals look soft, I’ll go back and view them again, but it felt like they were too easy.

“You don’t want to concede goals like that. The first was right in the corner, the second one, Adam Collin ton be fair to him held his hands up at half time to say that’s my bag, I should have come and got that corner.

“That was important, to try to come in one down rather than two. The third goal, really, I don’t know how that spin on the ball happens. It ricochets off Aaron Hayden’s leg, it’s outside the post, a slow one, but it’s constantly spinning towards goal. Eventually it crept in, again, right in the corner.” 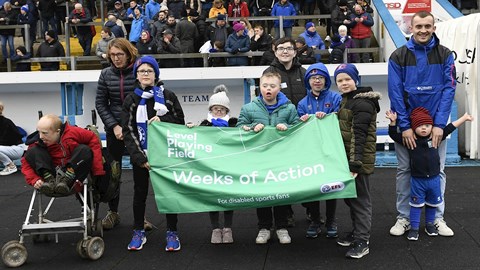 But with the overall form showing a run of just two defeats in ten games, he told us: “It’s three wins, five draws and two losses, and that’s quite a long time to be competitive in what we’re trying to achieve.

“Byron [Webster] was missing, he’s had a lot of criticism in the first half of the season but since I’ve been here he’s been a strong player. You could argue we missed his physical presence today.

“Losing a player who is on his game would make a difference in any team. Colchester have a strong squad, and you could see that with the changes they made.

“The referee was a little bit naïve in terms of dealing with things like their player putting his shinpad in his other sock, taking it out and putting it back in his other one. He’s meant to be coming off the pitch, or when a player was injured.

“Harry Pell is very experienced, going 20 yards up the line to take a throw, obviously going to be asked to come back, all done in slow motion. Part of the frustrations from a game like that come from trying to get back at an opponent who are very good at drawing out the life from it, because that’s what they did very well.” 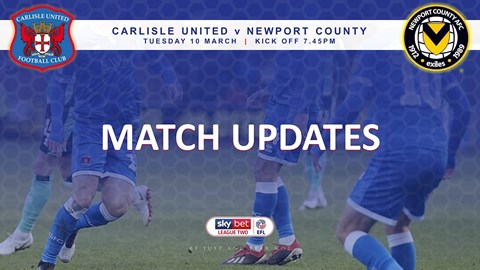 After the highs of recent weeks we wondered if the result was a timely reminder of work still to do.

“Yeah, but ask Jurgen Klopp the same question, there’s work to do every day in every team,” he commented. “I said to the lads, when you get days that aren’t quite right, you have to make sure you run a bit harder when questioned and challenged.

“The players had energy but showed frustrations within their performances, and the support of each other wasn’t quite right. You’re frustrated, but you’ve got to deal with that and run a bit harder in that time. Nobody really made anything happen, you can’t say they didn’t try, they definitely did, it’s just where those efforts are directed and the outcomes because it wasn’t directed in the right way.”

The absence of Byron Webster gave Max Hunt an opportunity to get his second start for the club under his belt.

“It’s an example of what defenders have to deal with at this level because Norris is string and physical,” he said. “You also have Nouble and Harriott coming in, and Poku can run very quickly with the ball.

“A lot of clubs are watching Poku as a young player. For Max, he’ll have to learn very quickly, because this is what it is. You get prepared to go swimming in the deep end, when you’re in there you either drown or swim. You’ve got to find your feet quickly and make sure you adapt.

“He did some good things today, but you’d want a little but more out of everybody, and some self-protection out of that amongst team mates to protect Adam’s goal better. If you do those basics you then start to get a footprint in terms of attacking.

“We’re all frustrated but we have to remember the hard work we’ve done over the last few months. It would feel a lot worse if it was still five points to bottom spot, and if we hadn’t had the five draws and three wins.

“You can’t just click your fingers and suddenly you play better than a top team. It doesn’t happen like that, how can it, it can’t. We’re building and we’ve made big strides forward. It’s about how they deal with it psychologically and about how you guys who support Carlisle with your media, about what you want to do with it, how you want to treat the players and present a message. They did actually compete in this game, but it wasn’t quite right on our terms.”