With 11 games of the season left to play boss Chris Beech steadfastly refuses to do anything other than focus on the momentum and impetus he wants to see from his squad over the course of the final seven weeks of the season. 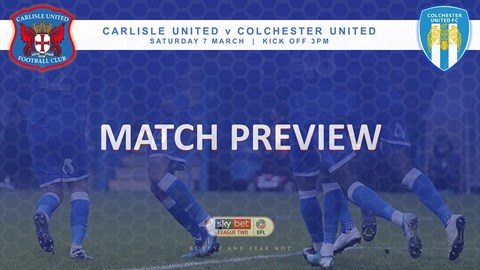 “If you’re talking to me in terms of a points tally, everybody always says 50, but having one team less getting relegated there’s a different permutation to that,” he said. “I have no real tally or interest in that other than completely concentrating on sharing an experience with everybody in making sure we can put together a plan, make sure it’s implemented, adjust when we have to, and in front of our supporters have a good home performance which can support three points.

“Maybe the gap we’ve created has put us in a better position, but I don’t believe we’re safe yet. I’ve just got to make sure we concentrate in terms of taking on the challenge of a really good team that’s got a lot of League One experience, and beyond that, in their team.

“Colchester are very good players, but they’ve not been in in the greatest off places with their recent results, so they’ll have drawn a line in the sand and said right, we’re in our last 10 games, and we’ve got to really produce now.

“I have no doubt they’ll know, maybe winning four of them, doing certain things, they’ll look at this fixture as a great opportunity to try and kickstart that 10-game campaign they’re on to try and get in the play-offs or beyond.

“We’ve got to be mindful of steering away from giving away goals, especially the ones that aren’t really earned, and I include the one at Cambridge that really gave them their impetus.

“There are a lot of stats which back up the importance of scoring the first goal. I don’t know percentage wise, but you have a massive percentage opportunity of winning, or at least getting a point out of the game.

“I’ve been pleased with the characteristics of the team, it was nice to get noses in front and then back it up last week. With a bit more cleaner work, that could have been another massive away result, like the Forest Green one. That’s what I want us to try and get into those habits and traits of doing regularly.” 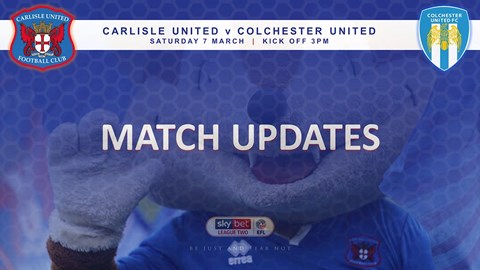 And as the games tick down focus always switches from outside the club to the situation with contracts and recruitment as people start to look ahead to the new season.

“When you look ahead it’s to make sure from a footballing position of the team, that we make good decisions in the summer,” he explained. “Sometimes you try and do certain things and the players don’t agree to it. But until we get into those deep, meaningful conversations, in my opinion there’s still a lot of football to be played before we get to that marker.

“So I want to focus on Lewi [Alessandra] for example representing those traits he’s shown in his games so far. He’s kickstarted his goalscoring for us now, hopefully he can continue that, be as professional and consistent as he is, and so is everybody else.

“It’s important the players who aren’t picked to play are supporting the players who are playing. One of the biggest things is creating that culture, which we’ve been able to do, but it can soon deteriorate. So you have to make sure you’re all over it, and on it, whether you’re a staff member, a player, or just representing the club in different domains.

“I think it was big for us in January that we were able to offer longer contracts, but recruiting League One players who’ve played a lot of football in League One. Callum Guy’s never played in League Two, until we recruited him. He unfortunately got injured, it’s a shame we’re missing him.

“What was pleasing last week, without Callum, Josh Kayode and Nathan Thomas available, we looked so potent in attack and structured in performance. If you had those three players available at the same time, it’s only good for the football club.

“Nathan has made good progress, so with a bit of luck we might see him. Josh is fully fit, he’s ready to go. That gives us good options.

“He made a massive impact at the club, particularly when you consider it’s from a young boy. I see this, it’s almost getting a second loan. What I mean by that is he came to us, he missed his first game when he was ill, anxious and nervous in terms of becoming a fully-fledged first-team player.

“He addressed that, adapted to that, made a big impact in a couple of starts, then we missed him for three or four weeks.  Now he’s back, we’ve got to be mindful of not rushing him too quickly, but we want him on the pitch.

“The psychology of that, he’s coming back, he knows what Carlisle is, what playing in the first team is, to score a last-minute equaliser, and also knows those feelings, he’s not had them before. It’s almost like getting a second loan out of the same player.”

One missing piece of the jigsaw will be defender Byron Webster, who sits out the first game of his two-match suspension.

“Byron will be a big miss,” he said. “He’s got good leadership skills in the changing rooms. But somebody else will have to step up. What’s interesting, when players have played regularly, when there’s a difference in it, other things come out of it.

“For example, in training yesterday, Nick Anderton talks a lot, but he was a lot louder than he normally is. Something else happens in somebody else to make sure we can stay strong and stick together.

“We worked hard on things yesterday, today we won’t work as hard, because you want to make sure the lads have got good energy stores for tomorrow. I want us to go all-in and put a real performance in, and stick to the traits that have looked after us that have been able to be shared with everybody else. We have to take responsibility to be consistent to those traits.”

And on the #GoodVibrations ticket initiative, which is looking to achieve a bumper crowd for the visit of Leyton Orient at the end of the month, he told us: “It’s mad isn’t it. I wish somebody had run those pictures by me … I’m getting tweets, what the hell’s going on at Carlisle United, I don’t know and I work there!

“It’s amazing. I think a fan did it somewhere, and … snowball’s a wrong word for sunny climates, surfing and the Beech Boys, but a wave was created, a crescendo’s happened. I’ve never seen Sarah and Suzanne so excited about working, can you do this, can you do that.

“Can the lads train please and get ready to play?!”