When you sit down to talk to Rotherham loanee Josh Kayode [JJ to his friends, and to everybody else for that matter] you can easily forget that the confident young striker only turned 19 just three months ago. 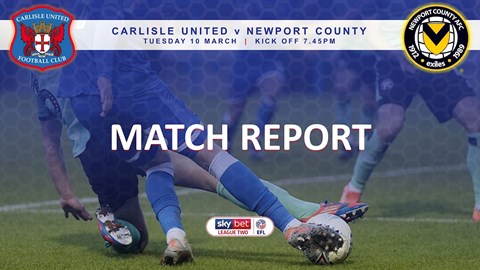 Indeed, such is his level of self-belief, that the moment the referee pointed to the spot on Tuesday night, when regular penalty taker Jack Bridge tumbled to the floor, there became no doubt as to who was going to be the one to take the job as he confidently scooped the ball up and got himself set and in position.

A crisp finish, despite the keeper guessing the right way, took Kayode’s tally to three goals in five games, with the trio of strikes all coming when he’s featured in the starting eleven.

“I was speaking to Gav [Skelton] before the game and we were talking about how I had two goals in two starts,” he explained. “As soon as we got the penalty I knew that would be my best chance to make it three in three.

“Lewis [Alessandra] wanted to take it, but I was really confident, and I knew I was going to tuck it away. I feel like if I’ve got the confidence so I can go and do anything at the moment. I just need to give 100% every single game.”

But a penalty kick for any player, whatever age or level of experience, comes with its own level of tension and expectation, so we wondered what we going through his mind as he waited for the moment to come.

“The Newport players who were stood behind me kept saying that the keeper knew where I was going, and that does make you think about changing it,” he revealed. “I didn’t change my mind, I just made sure I got it in the corner, and thankfully it went in.

“There’s a lot more pressure on a penalty compared to when you have a shot. It’s because of the build up to it, the whole stadium is focused on you and everyone expects you to score. I’ve got enough confidence and I believe in myself enough to take them.

“I do like putting that kind of pressure on myself now. Before, I probably would have been quite happy if someone else wanted to take it, because I would really feel the nerves and get all sweaty about it.

“The older I get and the higher in the leagues I play, I know if I want to be successful I’m going to have to accept that pressure.” 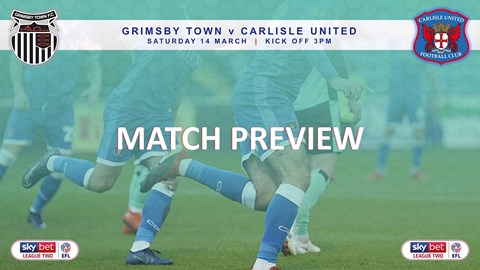 The successful 12-yard finish put United in a commanding position on the night and helped to lay to rest the disappointment of the result against Colchester last weekend.

“It was a bad game on Saturday and the gaffer told us exactly what he wanted from us on Tuesday night,” he told us. “We knew ourselves, we didn’t need to be told, so it was good to have killed the game off after half an hour or so. Their red card settled us down a little bit as well.

“We’re playing some good football. Even though some of the lads are new like me, we’ve got a good understanding with each other already. That comes down to how training is and how the gaffer is with us, and we’ve gelled well together.”

Speaking about his own settling in process, he said: “I’m a level-headed guy and I feel like I can mix and fit in with people quite well, so that has helped me to settle quickly.

“The lads see that I’m a nice kid just learning my trade, and they’ve all been really good with me and taken me under their wings. It was the same at Gateshead. I’m only 19 so I’m still young, but when the senior players see that you’re willing to learn they’ll always try and help you.

“The lads all talk to me a lot even when I’m up there as the main striker on my own. Everyone is always telling me where they want me to be so, even though it is a big responsibility, with the lads around me I feel like I can handle it really well.

“It’s a big step up when you think about it, I’ve jumped up two leagues from playing at Gateshead earlier in the season. Everyone has made it really easy for me, so it’s just down to me to keep showing what I can do and how good I can be.

“We obviously work in training a lot and that helps with the chemistry on the pitch. I get on with the lads really well so that plays a big part. For example, I know when Omari [Patrick] has the ball he likes to get down the line, so I need to make sure I’m in the box for the cross. It’s little things like that which are starting to come together.”

Hampering the blistering start to his Carlisle United career was a recent injury which kept him out for five games, but he soon put that behind him as he hit the ground running on his return for the second half of last Saturday’s home fixture.

“It was a really bad couple of days after that Mansfield game,” he admitted. “I was obviously on a real high after the last-minute goal, and I spoke to Dolly and we thought it would just be a week or so out.

“When I went for the scan they said four to six weeks, and obviously that isn’t what you want after scoring two goals in two games. Rotherham were really good with me when I went back there for my treatment.

“The physios actually messaged me after the game and were all really pleased, so I’m just glad to be back on the pitch. I had a couple of injuries last year so I’m always pleased when I get back out there and show what I can do again.

“I think it was good for me to do my recovery at Rotherham. If I’d been up here watching the lads go out to training and watching matches I think my head would have been all over the place. I’m just happy to be back playing.” 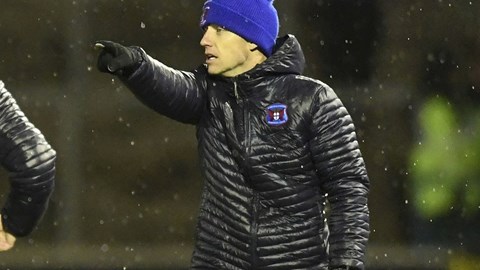 And with the goals coming so regularly, we wondered if he’d set himself any kind of target.

“Before the injury I would have loved to get to double figures for goals, but I’ve obviously missed a few games now so I’ll just see how many I can get,” he commented. “You never know what’s going to happen, I’ll just keep taking each game as it comes and hopefully I’ll keep scoring.

“As long as the team does well then I’m happy. I obviously always want to score, but if we’re winning as a team then that’s the most important thing. It was good for us to get a clean sheet as well the other night, the whole team were excellent, and that’s what really matters.”

Another weapon to be deployed from the Kayode armoury, which took everyone watching by surprise, was a long throw which, on occasions, was almost as potent as a corner or free kick.

“I realised I had a long throw when I was about 15, but it was just a bit of a joke when I was with my mates,” he said. “I’ve never actually done it since then, but in training in my first couple of days here the coaches were asking if anyone had one.

“I sort of said ‘I think I might have one’ but I wasn’t really sure, because it’s been a while since I did it. I had a go and absolutely launched it into the six-yard box, and everyone just looked around amazed. So that’s how I ended up on long throws on Tuesday.

“I’ve never done it in any game for anyone else, and I don’t practice them. I just try and throw it as far as I can. Jon [Mellish] nearly scored last week from it so it might help me get some assists!”