With an FA Cup replay secured following the weekend draw at Forest Green, gaffer Chris Beech headed into his first full week in charge with a much-improved performance from a well organised looking team under his belt. 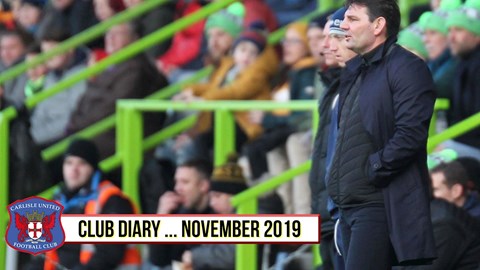 The Monday night FA Cup second round draw threw Championship side Cardiff City into the mix, but talk of a potential trip to south Wales was dampened with Beech insisting that there was too much football still to be played before thoughts of a cup run could be contemplated.

“We should be pleased that the hard work at the weekend has given us the opportunity, but Mark [Cooper] and his players will be thinking the same,” he said. “They’re a great side, and obviously we want to get there, but we have Morecambe and then the replay to think about first.” 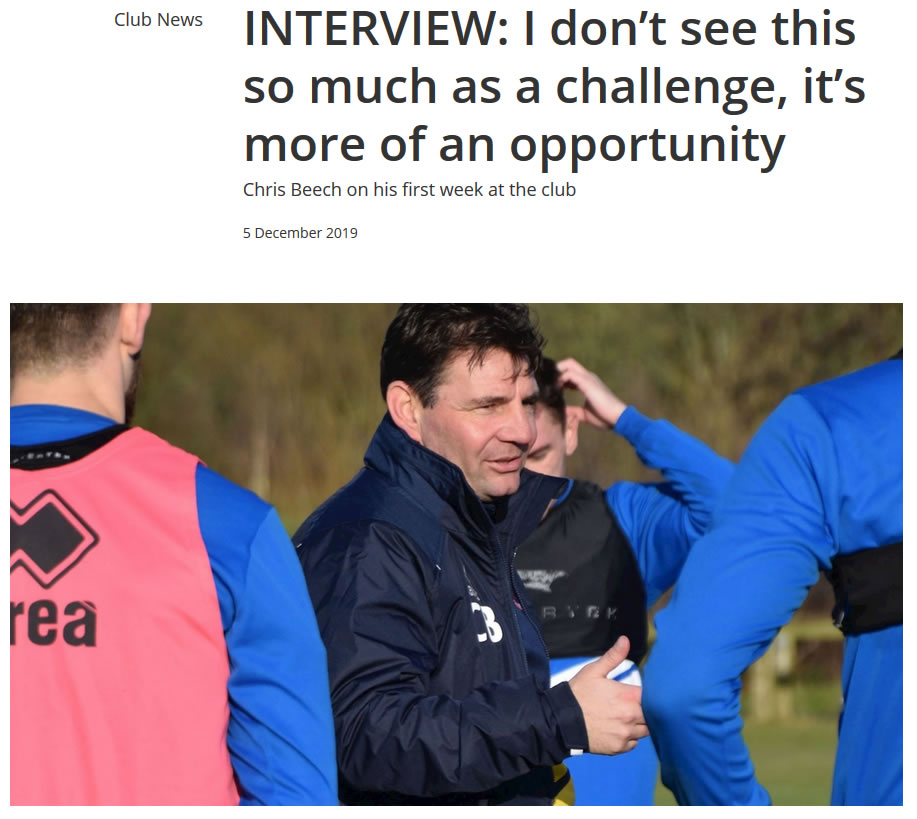 Away from the pitch, the club’s community spirit kicked in once again when a new partnership was launched, with the Currock-based youth project ‘The Rock’ receiving a visit from director of football David Holdsworth and first team squad members Keighran Kerr, Josh Dixon and Kelvin Etuhu.

A vital facility for the younger members of one of the more troubled areas of the city, The Rock also received an initial set of gifts from the Blues which included a microwave and a large variety of sports clothing and equipment, kindly donated by the club's kit partners ERREA.

Meanwhile CUSG – the Carlisle United Supporters’ Groups – took another step forward with their project of pulling together memorabilia as a selection of retro shirts went on display in the main reception area at the stadium. 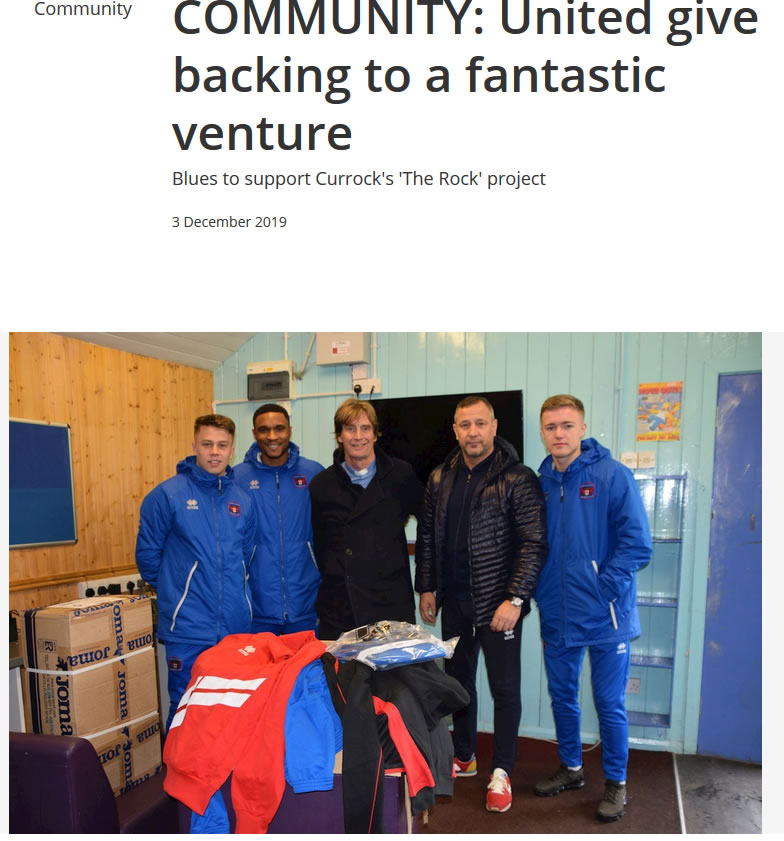 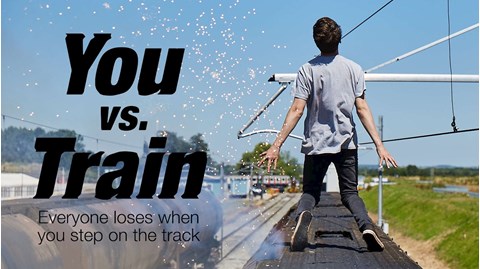 Back to on-field matters and the first league game in charge for the new boss was the short trip to Morecambe for the always eagerly anticipated local derby meeting.

“It’s an important game for both teams,” Beech said at his pre-match press conference. “We’ve played 19 games now but that means we’ve got a long part of the season left.

“It’s not all based on one fixture this coming weekend, but I’m feeling very energised and we’ve certainly been getting the players ready because I know how important this game is to the fans.”

The Blues were to be without Jack Bridge [ankle], Jack Iredale [knee] and Harry McKirdy [knee], who were all suffering from knocks and injuries, and there was a change in the dugout as coach Nathan Rooney was despatched on scouting duties with a view to watching upcoming opponents first hand.

Jarrad Branthwaite, Hallam Hope and Jon Mellish stepped into the starting line-up and a fantastic 1,251 travelling fans packed the away end to cheer on their team.

They were rewarded with a superbly executed goal just two minutes into the second half when Nathan Thomas sent Hope clear with one of the passes of the season. The striker held off his marker before popping the ball into the bottom corner.

But the lead lasted just three minutes as Lewis Alessandra wriggled his way into space before sending the ball into the Carlisle box. A miscued effort from Aaron Wildig was going wide until John O’Sullivan stopped to guide a header into the back of the net.

The game ended at 1-1, with United having the better of the second half chances, and it was now two games unbeaten with some good football played for the new boss. 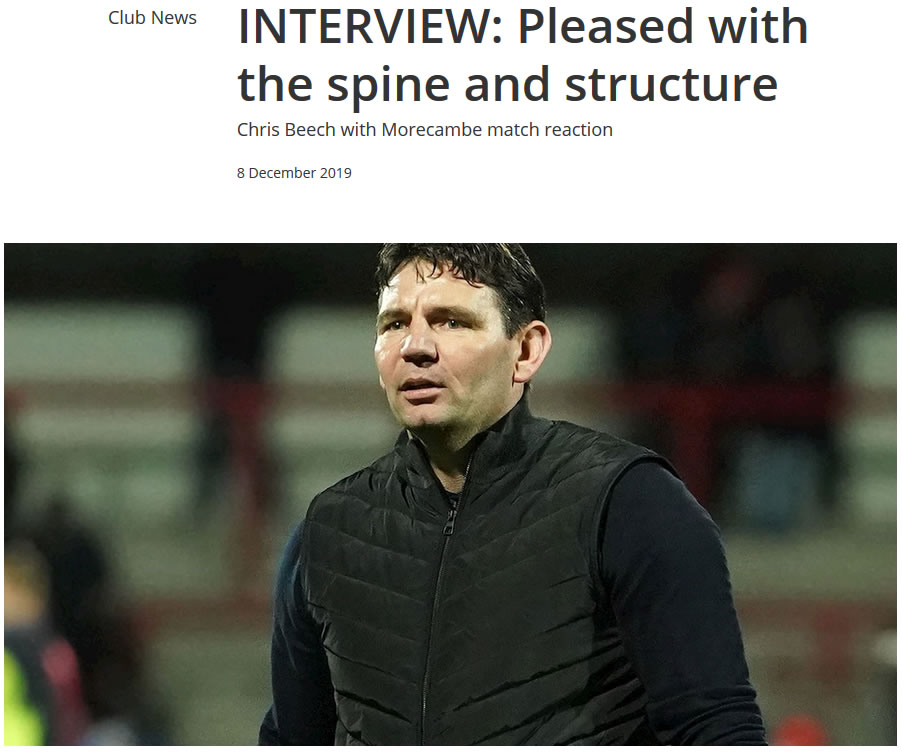 “I was very pleased with the structure of the team, the effort from the lads was good, but with the actual technicality within the match we need to get better,” he said. “We need to improve when it comes to passing and moving the football because, when we do that, we look very good.

“The lads keep getting knocked but they keep coming back at it. From my perspective, not knowing them that long, that’s a good thing. We’ve seen some unforced errors, which we need to get better at, but at the same time we were up on shots for and against.”

We’ll be heading into the second week of December in the next chapter of our Brunton Park diary.

The video to accompany this diary is here: