This week’s EFL board meeting brought with it a welcome announcement that a £50-millon short-term relief package had been put in place to help the member clubs through what is one of the most testing periods anyone has encountered. 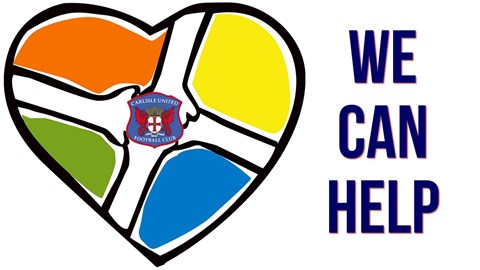 Clarifying what this package means to the club, chief executive Nigel Clibbens said: “That headline figure of £50-million is a combination of things.

“What I will say is that it’s immediate and welcome, and most certainly helps in the short-term. The main element is an advance of existing funding that we were due to receive anyway and, therefore, is already planned in our cash-flows. The only significant difference is that it’s been brought forward in terms of when we receive it.

“This is money we were due to get in April, May and June, but it is now with us as a one-off advance, which in our case is £164,000 [we received it yesterday, 19 March 2020]. It provides us with a little bit more of a cushion now, but for many clubs it is an immediate and essential short-term lifeline.”

“The EFL also announced a loan facility, so the opportunity is also there to borrow more money now, and repay it over the course of the next three years using future income. That obviously brings more cash further forward, and it is an additional £119,000.

“In essence all of this means that we are now getting access to cash and receiving it earlier than we otherwise would have done, and that is a really big boost for a lot of clubs at our level.”

CHIEF EXECUTIVE: Everybody understands the difficulties and complexities of insurance

We wondered if drawing down on cash that would have come into the club in the coming months anyway was simply creating a bigger problem further down the line.

“It improves the cash-flow for everybody in the short-term and, as I say, that can only help when ticket, commercial and retail income has ceased almost overnight.” he replied. “Where it will create a problem is if we don’t get to a position where this season is able to restart.

“If we don’t get to play our remaining fixtures it means there is still no income. The problem then worsens because the future money has been taken earlier and spent. This leaves nothing in the future in the way of cash income, but we will have additional loan repayments to make.

“That’s potentially where the longer-term problem is, but right now the EFL has been able to buy everybody a bit of time. It helps clubs through, but my note of caution is that we’re receiving the money now that we should get later in the year, and we have to bear that in mind.

“The problem we then face is how we plug the next income gap that is still ahead of us, and the ideal solution for that is for our normal income flows to start up again. That obviously means a return to league action. If not, more funding will be required.”

But, looking at a worst-case scenario, what if the situation dictates that this season’s fixtures have to be cancelled, and not just postponed?

“If we lose our remaining 2019/20 games it will require other funding programmes to fill the cash gap that’s going to be there in two or three months’ time,” he told us. “That’s where the EFL referred to the use of the Government Coronavirus Business Interruption Loan Scheme.

“Similar issues are being faced by every other business in the country who can tap into that, but it’s another loan, and that means it’s money that will have to be paid back at some point.

“However, if we were to lose these games permanently, that’s income that’s lost to us forever, and we would still have a loan we’d taken out to pay back. The only way we’d be able to do that would be by generating new money quickly, or by cutting our costs for the 20/21 season.

“The ramifications of these decisions and potential outcomes are once again wide-reaching and have longer-term implications. It’s not just a case of drawing from this pot of money with no problems to come later.”

“For us, we made a big shift in our financial approach probably starting around January 2018,” he added. “We’ve been through some really difficult times, we’ve reduced the playing budget, having changed the balance to spend more on loan players, but what that has meant is that we’ve reduced our own fixed costs, which puts us in a better position to manage the problems we’re facing now.

“We’ve also sold players, which has been well documented, with only part of the fees received already, with more to come in July and August, so that will also help – but that also depends on other clubs being able to pay us. That shows the connectivity and interrelation of clubs and how much of an industry-wide issue this is.

CHIEF EXECUTIVE: Everybody understands the difficulties and complexities of insurance

“It’s only a short time ago that I was answering fan questions about why we hadn’t received fees up front for certain transfers. It is the case that part of the plan to stagger payments was to give a longer-term flow of cash, which is a help to us now.

“The reality for us is that by having this money scheduled to come in over a longer-term it means it can help us through this unforeseen series of events.”

“Overall I think the announcement from the EFL is welcome,” he concluded. “It gives every club immediate help.

“The fundamental point to take away though is that this package is existing money borrowed from the future, it isn’t new money. That’s why we have to be cautious.

“Ultimately the key issue hasn’t gone away, and that’s the problem of how we go about completing the season – if indeed we can.”