The journey continues for clubs in the Sky Bet Championship as they return to action on Saturday 20 June 2020 and the revised fixture schedule for the remainder of Season 2019/20 has today been confirmed, with 11 fixtures selected for Sky Sports coverage over the first three rounds following the restart.

The full fixture list and television selections are now available to view online at EFL.com or on individual club media channels.

Championship contenders Fulham and Brentford will kick-off the restart in front of the Sky Sports cameras on Saturday 20 June at 12.30pm before West Bromwich Albion welcome Birmingham City to the Hawthorns at 3pm.

As part of the opening weekend of televised fixtures, current leaders Leeds United’s visit to Cardiff City will also be available for fans on Sky Sports on Sunday 21 June at 12pm.

Over the weekend of 26-28 June, five fixtures will be televised including Bristol City’s clash with Sheffield Wednesday on Sunday 28 June at 12pm and Nottingham Forest v Huddersfield Town at 2.15pm.

As part of three televised midweek fixtures, Preston North End will take centre stage on Wednesday 1 July at 5pm when they take on Derby County at Deepdale, as they become the first club in English football to play 5,000 League fixtures.

As we build up to the conclusion of 2019/20 Season, Sky Sports will broadcast 30 of the remaining 108 Championship matches. 2019/20 Season Ticket holders will not miss any of the action as all home and away fixtures will be streamed via a club’s iFollow (or equivalent) service. Access to the games will be determined by the club where the supporter holders a Season Ticket and may be in lieu of a refund or part of a wider package as determined by each individual club.

The 30 live Sky matches will also be available to the EFL’s overseas broadcasters via the League’s partnership with Pitch International.

Quest will also provide extended highlights on both Saturday evenings and midweek, whilst talkSPORT will provide exclusive national radio commentary on some Championship matches.

Further Sky Sports television selections will be announced in due course.


Sky Bet Championship, League One and League Two play-off clubs will come together next weekend to recognise the brave efforts of our NHS key workers who have continued to support our wider communities...


League Two clubs have voted by an overwhelming majority to formally end the 2019/20 season. 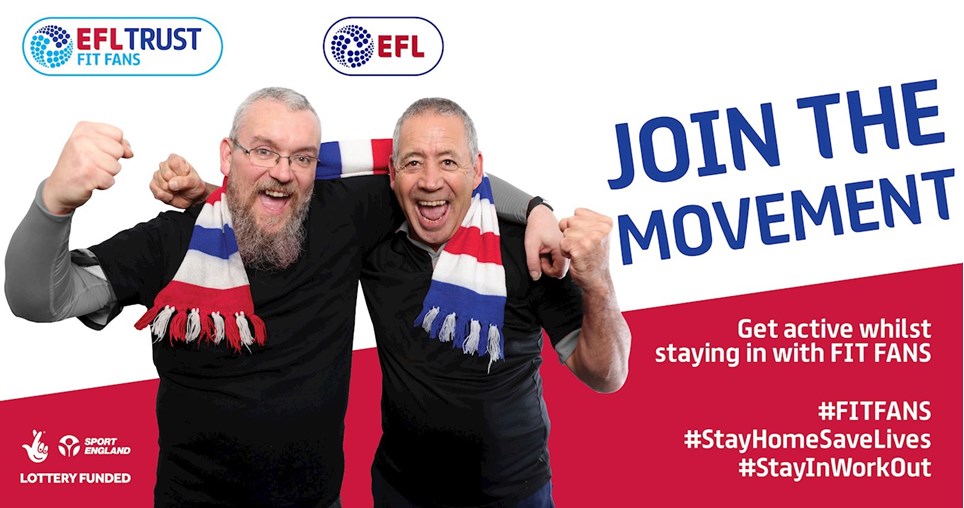 
The EFL and EFL Trust have launched an online FIT FANS campaign to provide a safe way for fans to get active in the safety of their homes.

GALLERY: The first week of growth on the Brunton Park pitch


The Brunton Park pitch was re-seeded last week as work began on preparing the pitch ready for the new season.


Following on with our discussion about season tickets with chief executive Nigel Clibbens, we asked him about the growing number of fans who have stated that they are happy to pay for a 23-match...

INTERVIEW: We’re not going to start selling until I’m certain that we can provide our part of the bargain


Staff were back at Brunton Park earlier this week following the easing of restrictions, and with a guarantee that safe working conditions could be maintained, so we took the opportunity to sit down...