Defender Charlie Birch secured his first professional deal with the Blues just before the current lockdown, having successfully navigated his way through every age group of the club’s academy system. 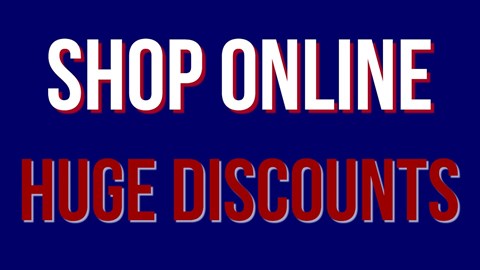 Speaking this week about the moment he found out that he was being offered a contract, he told us: “I was over the moon and, being honest, it was a huge relief, because it was exactly what I’d been working so hard for all those years.

“It’s always been my aim that I wanted to be a professional footballer and, being from Carlisle, I wanted it to be with this club.

“The fact that it is with the team I support has made it even more special for me. Everyone knows that my dad played here as well, and he had a really good career, so it’s only natural that I want to try to do the same.

“I’ve never compared myself to him, or anything like that, but he spoke about how much he enjoyed playing and I’ve used that as a bit of motivation because, like I say, I want to try to do the same. From the day I joined the academy as a boy I’ve never really thought about anything else other than becoming a footballer.

“I’ve had good coaches and a great group of lads who have helped me along the way and I can’t thank everyone enough for the part they played in getting me through the academy and on to a position where I was offered the contract.”

Having been with the club’s academy since the age of nine we wondered if there had ever been a point where he felt that he might have to take a different direction.

“No, not really,” he insisted. “I think everyone has the odd tough patch, but I’ve always been very strong minded and I’ve been able to deal with the setbacks that have come my way, be that injuries or whatever.

“I think I’ve always felt that I’ve had to work a little bit harder anyway, simply because of my dad and his association with the club, just to prove to people that I actually do deserve to be here. My approach is to put as much as I can into everything and never once did I feel that I wouldn’t be able to succeed, particularly if I kept doing the right things.

“Mind you, going into the meeting on the day the decisions were being revealed was still massively nerve-wracking. I had no clue at all as to which way it might go, even though I’d been on the bench with the first team and I’d trained with them a lot.

“Through the whole of the second year in particular it was a case of taking the chance to do as well as I could whenever the manager asked me to step up, and then all you can do is wait and see. When I sat down and I was told that I was getting an offer, it was an unbelievable feeling.

“My head was spinning a bit, because it’s what you’ve dreamed about hearing for so long, but once you calm down you immediately start to think about the fact that you still haven’t made it as a footballer.

“This is a good first step, but I haven’t made a career yet, so that has to be the next target. Now that I have the contract I’m able to think about next season and what I want to do, and how I can really start to push on.”

As for what the manager has said about next season, he told us: “He wants me to continue to work as hard as I can. He’s told me to keep working on my strengths and to focus on improving my weaknesses so that I can push to be involved in the match day squad.

“I’m lucky to have been able to play a number of positions for the youth team and all of the coaching staff have mentioned that versatility is a good thing. I’m predominantly a left back and, like I’ve already said, I’m the type of player who gives everything he can.

“I always work for the team and not myself, and I’ll do what I can to make sure that the game plan is put into practice.”

With the start date for the 2020/21 season still up in the air, he explained: “I’ve kept on top of my fitness from the moment we were sent home, but that’s what I do anyway.

“We’ve had training programmes from the manager, Eric, Gav Skelton and Dave Waldie, and they’ve set us other things to do as well. David Holdsworth has had us doing fitness and cooking challenges, and all sorts, and that’s been good.

“Everybody has been great, they’ve made sure we’ve kept ourselves occupied and it’s been a real help in getting us through these strange times.

“It’s all about being ready mentally and physically for when we’re back at work and I can’t wait. Obviously it needs to be safe for us to do that, but it will be a good day when we get going again.

“Having been in the first team environment so much already it should be a quick transition, so I’m not concerned about that part of it at all. The players help the young lads as much as they can all the time and that’ll be the same, even though they’ll demand good standards from us as well.

“A decent number of us have made it through, and we’ve been together for years now, so that’s going to help us to settle I would think. We’re all going through the same thing at the same time and nobody is selfish about it, we all want each other to succeed.

“This is a club that backs it’s youth team, it’s been like that for years now, and it’s up to us to use the opportunity we’ve now been given. If we go into next season thinking we’ve made it, or acting like it’s job done, then it’ll fall apart for us.

“The gaffer has said a few times now that the staff will give us the environment to push on, but it’s only us who can make it happen. That’s something I won’t shy away from. I want to work hard, do my job, learn and hopefully get into the first team so that I’m playing games for this club regularly.

“It would mean a lot to me to be pulling the shirt on at Brunton Park because it’s my club. It’s the team I support and it always has been, so to play and do well here really would be a dream come true.”