League Two clubs have voted by an overwhelming majority to formally end the 2019/20 season.

The division had previously indicated their preference for curtailment but following today’s Extraordinary General Meeting, clubs were required to pass a resolution in accordance with Regulation 9A.

As a result, the final League standings have now been confirmed meaning that Swindon Town have been confirmed as Champions with Crewe Alexandra and Plymouth Argyle securing the second and third automatic promotion places to League One. 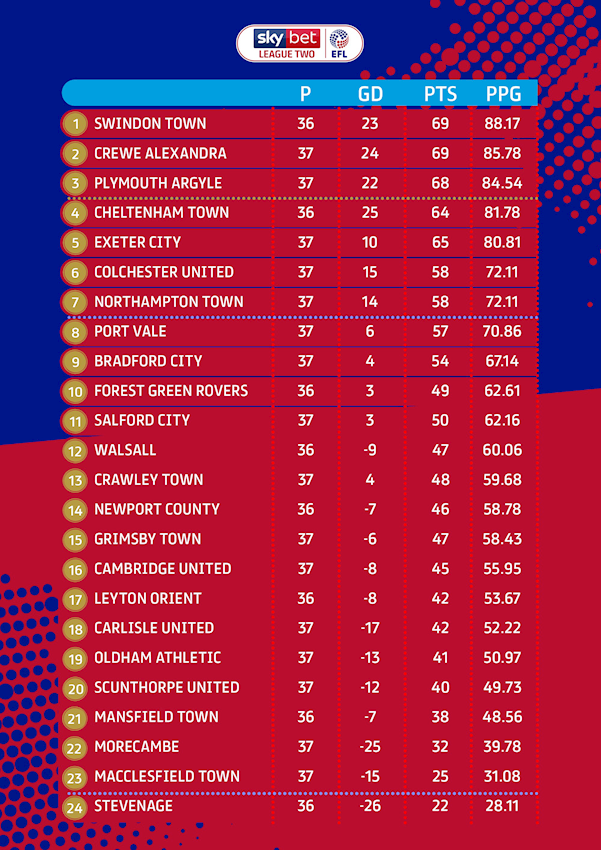 Due to ongoing disciplinary matters, the final placings cannot yet be confirmed.

United's chief executive Nigel Clibbens said: “At the EFL League Two meeting this afternoon, the season was officially brought to an end.

"We previously indicated we backed this approach when it was first debated and unanimously supported by all League Two clubs a few weeks ago.

"Again we supported the proposal today, so we are pleased to finally have certainty over the remaining games of the 19/20 season.

We have already commenced the process of dealing with fan season ticket refunds and we again appeal to fans to get in touch (complete the season ticket survey HERE).

"Not finishing the season is extraordinary, but at least we can now start to focus on next season.

"Next for us is the reopening of the Blues Store, which we have taken steps towards with the opening of our online shop service.

"More announcements will be made shortlyon the way forward, so watch this space."


On the opening day of Mental Health Awareness Week last month (9-15 May), the English Football League (EFL) and its charity partner, Mind, unveiled a unique exhibition celebrating four years of...


At today’s Annual General Meeting (AGM), EFL Clubs approved a number of regulation changes that will come into effect immediately.


Millwall Chief Executive Steve Kavanagh has been appointed to the EFL Board following the election of a new Championship representative at the Summer Conference.

EFL: Clubs vote in favour of assessment of club finances