In the final part of our interview with chief executive Nigel Clibbens he insisted that the club’s approach to next season won’t change as we continue to look to make every penny count. 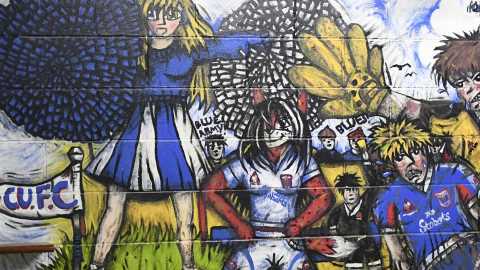 INTERVIEW: We're still a club in a good position

“In our case, our spending has always been based on the amount of cash we’ve had coming into the club rather than the limit of the salary cap,” he said. “The fact that the cap is dropping to whatever it’s going to be won’t impact on us because we don’t generate enough income to spend that money anyway.

“From our point of view, whether they bring the rules in or not, it won’t change our behaviour. It will just mean that the gap between us and the other clubs who do spend right at that limit could get bigger.

“Part of the way we work is that we know we’re having to deal with the fact that we haven’t got the most cash in this division, but I’ve said this over and over, cash doesn’t always win, especially in this league.

“We don’t need to be afraid of that and it doesn’t affect our decision making, we will spend the money we’ve got available to us and make every penny count.”

“For us, the only things that might change the approach to recruitment are what we decide ourselves, not the rules we’re dealing with,” he continued. “That’s why, for us, when and how we start the season and whether we have fans in the ground is far more important.

INTERVIEW: I sense a softening of stance

“That could make a difference, because we set our budget on roughly what we think we’ll make from iFollow or from limited numbers of fans in the ground. We can work different scenarios out to give ourselves a range, but the gamechanger for us will be if suddenly we get told that we can have socially distanced fans in the stadium and we need to get our paint out and draw some circles.

“Depending on the rules, with the size of our stadium, if that is what happens we could get significant numbers of fans in. If that is the case, it wouldn’t affect us anywhere near the amount it would affect a club with a 4,000 capacity stadium who could maybe only fit 500 fans in, no matter what they do. That could work to our advantage, which would mean more income to us.” 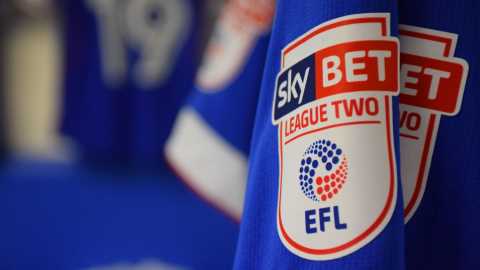 On other issues coming out from the EFL, he commented: “The main parts of our EFL meetings have been about fixtures, fans and getting ready for next season.

“I think everything is based on the fact that we continue on the current trend of less cases and less people passing away, and that’s the big unknown. Everybody is talking about a potential second spike and the contingency planning that is going into that, so that’s the biggest concern that I have, if that pops up and throws everything into chaos again.”

“It looks like the testing regime is slowly working,” he added. “The number of positive tests in football is going down. We’ve been able to give our car park as a base for a pop-up testing station for the local community, which has made its debut this week.

“At the start of the crisis we said if we were able to help in any way we would, and now a couple of months later we’ve got a testing facility set up. We’ve got members of the army here this week and members of the community can book a slot and come down to Brunton Park to be tested.

“We’ve put a story on the website so people know how to book those tests, it is appointment only, but we’re happy to be playing our part in the community and we hope there will be a good take-up.”

And on the eagerly anticipated 20/21 kit launch, he said: “We aren’t far away from being able to launch the kit now.

“Every time we finish counting the stock more boxes seem to arrive, but it’s all here now and ready to go. Suzanne [Kidd] has got it all on the system ready to go, so we’re now just waiting to finalise the marketing and the pictures so we can do a full launch.

“We’re looking at it being available to purchase on 17 July, with a priority slot for season ticket holders from last year, which we felt was important because of their understanding and patience with us as they lost the last four matches from that season.

“I think the home kit will be very popular and the away kit’s great, it’s bright, and it’ll make an impression, so I’m having one … and yes I will be paying for it!”