With the 19/20 season ticket refund project almost completed, we spoke to chief executive Nigel Clibbens about the 20/21 campaign and the prospect of selling season tickets to supporters for the return of football at Brunton Park.

CHIEF EXEC: It's fantastic support for the club and means the cash implications are small

“The good news is that we’ve got some light at the end of the tunnel in terms of being able to have fans back in the ground,” he said. “We know that if circumstances don’t change, we could have supporters in the ground in October.

“We’ve also found out that the league season will start on 12 September, and it’s likely that there’ll be a cup game slightly before that at some point in the week before, but that’s still to be confirmed.”

“We know when we’re going to start playing games, but we still don’t know how many games we could have played before fans are allowed in,” he added. “That’s another of the unknowns we’re dealing with.

“It could be four games, five games, we just don’t know, so if we sell a season ticket to a fan for 20 games, and three go away in that period, that’s fine. But, if five go away, or if one goes way, we’re then into refunds and different options, etc, etc.

“I think we’ve made progress, but we’ve still got some uncertainties which could cause us a problem. 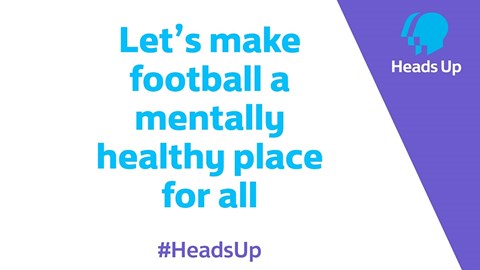 “As I’ve said previously, we’re really well placed here at Brunton Park because of our massive capacity compared to the number of supporters who come to games. That means we can afford to take large swathes of seats out, or social distance really well on the terracing and still have a sizeable available capacity.”

“We’re starting to work through all of that with the safety team and the safety officer, as to how all of that might look,” he commented. “Again, we don’t know for certain how many tickets we will be able to sell, and it’s important to understand that at the moment.

“We must be realistic and in the short-term I don’t see it being very easy for us to allow fans to pick their seat. I have to be honest about that. The club is going to have to do that for everybody in order to maximise the capacity.

“The aim is to keep fans in bubbles, as they would be at home, so a family of four will be able to sit in four seats together.

“But, if we have four individual fans, we’re likely to be in the situation where we will sit one, miss two, sit one, miss two, and so on. That’s going to take up even more seats. As you can see the capacity is dependent on who we can sell to, so it’s all a bit of a loop.

“Along with that we’ll have very restricted numbers per block. For fans who aren’t bothered where they sit, that makes it easier for everybody.

“Basically, within this period of restricted capacities the club is going to have to take the lead. It’s going to be difficult and different, but I don’t see any other way round it. We’ll do our best to accommodate people where they want to sit, but going as far as saying they can have a particular seat isn’t going to be possible in the short-term.”