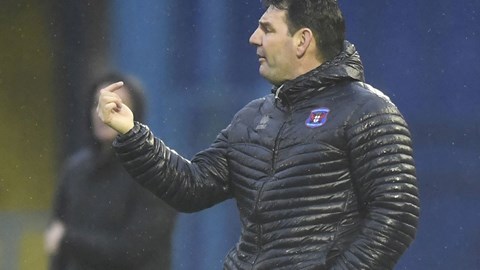 INTERVIEW: We have to start to build the right traits

“I think this season, looking at the goal tally of all the attacking players, it’s easy to see that we need to add to that area,” he said. “We saw with Plymouth, they have the resource to go and get players like Hardie, I have to try and find a different way to get us scoring goals.

“We’ve been talking to lots of attacking players. I said on Thursday, you get so close to many things but it’s difficult when sometimes deals are agent-led, and there are associations with certain things in terms of finances, whether that be a wage, or whatever.

“But we’ve been very near, and still are, but of course it’s got to drop in. I’ve had two players that have ended up getting in their first-team squads at this pivotal part of the season, that they know of our interest in them, so at the moment they’re not able to come. You’ve got to try and move on from that disappointment as such, from a business sense, and try and find another answer.

“We have to find ways of doing what we need to be doing within the squad, or we have to try and find that outside the squad, but that’s difficult when you’re dealing with many factors in terms of recruitment.”

“We are getting close, and I’ve gone through all sorts of different aspects of players that are available,” he explained. “We’ve got really close to a couple who’ve ended up getting in their first-team squads, so it puts us on our back foot, at the same time you can’t wait too long because you’ve got to find the answer.

“If we look at Saturday, we got to the last third quite often, didn’t we, but we aren’t really working the goalkeeper, and that is really disappointing for me because it’s something we work on.

“We had crosses going across goal, deflections pinging around and some great corner deliveries to be attacked, but there was no presence to the actual contacts we made. We had players in good, good areas but we aren’t getting the goals.

“Like I say, we work on these situations and it’s disappointing to see when we don’t get any contact on the ball. Without that contact, it actually encouraged the counter-attack from Plymouth.

“We’re looking to add the players we want but we’re up against clubs with massive financial clout, but we have to find a way. I know the deal Plymouth have signed Ryan Hardie on, so I understand that it gets easier when you have the opportunity from a management perspective to do something like that.

“It doesn’t mean we can’t compete, it just means we need to find other ways. We have to make sure the players coming in can support the others who are up for it - and those who don’t really fancy it, that’s where we may need to see a turnover in the squad. It’s difficult because the phones aren’t exactly red hot with people ringing for our players.” 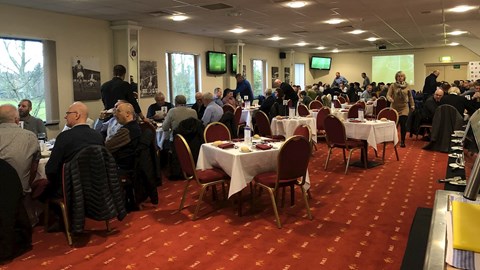 COMMERCIAL: Join us in Foxy's ahead of the FA Cup replay

On the arrival of defender Max Hunt, who joined the club on an 18-month deal at the end of last week, he said: “He’s a player who has come through via a different route, having started with Matlock in non-league.

“He’s a young ambitious player who has become available, it’s financially right in a business sense from our point of view, and I’m pleased that Derby wanted to retain him but were open-minded for us to take him on. They were very good with us. It’s been a bit of a whirlwind for him.

“There were a lot of phone calls on Thursday night to make sure he was available for a medical on Friday morning, to make sure he could get involved. I could have left it to after the weekend but I just felt like if we’re going this way, let’s do it and get it going. He wants to come here and make a difference for us. He’s not the finished article, but who is?

“It adds another to the defensive area and you can’t keep taking on players and not rotating the numbers. We all know that from a budget perspective, we aren’t Plymouth Argyle. It’s going to take a long time to get to that point of being competitive with players in and around two for each position, but that’s football.

“There probably will be movement, but it’s sometimes difficult to manoeuvre in that way. It takes time. I understand that some people might think doing this business should be easy, because I was the same.

“We want him, right, are you coming, nice one, see you Saturday. It’s just not like that. You’ve got agents, you’ve got geographics, and you’ve got the other club involved if it’s a loan player.

“They hold the cards on that so it’s hard to get the players you want. David’s very good at negotiating in terms of looking after the club’s finances and trying to find an answer and if we can keep building, who knows, maybe in time we can sign a Blackpool player on full wages and there aren’t any grey areas – he comes, he’s here and he scores on his debut. At this present time, unfortunately we can’t do that.”