United boss Chris Beech moved quickly to add midfielder Elliot Watt and defender Max Hunt to the mix when the transfer window opened, along with securing the services of Gethin Jones until the end of the season, and he confirmed at his Monday press conference that he’s getting closer to securing more new arrivals for the club. 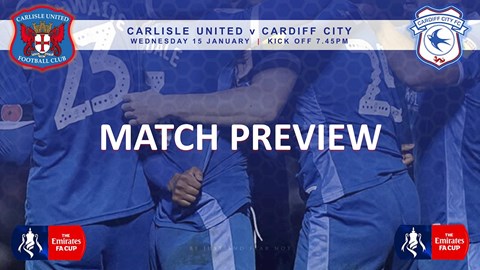 “It’s my first transfer window with the club and it is amazing how much it changes direction, sometimes by the hour,” he told us. “And it’s one major phone call that changes that direction. You can have lots of calls and even meet players, you can talk to managers and agents, and you can get it to a point where it can happen.

“But it’s at that point where it can completely change, and you’re told that they’re not doing it at all. It really is that unpredictable. I think unless you’ve got the most money and the best facilities, that’s when everybody wants to come.

“A good example is that we were there with two, they were in the bag, but they’ve now got in their squads and one of them is in the Premier League, so I have to be patient. I was told one would be here last week, but he was held back, and we can’t do anything about that, it’s just how it is.

“It might be the lastminute.com on deadline day, where they bring people in and say that younger player that’s now in their squad can now go out.

“What we have to appreciate is that it isn’t just about what I want or what the club wants. It’s about being available, it’s the finance, it’s the commitment to come in, it’s the agent, it’s the club and the negotiation over the wage.

“It’s our commitment to the wage if they’re on very, very good money, what are they prepared to let go, they want more, or they say ok, we’ll help you, but if he doesn’t play, almost fining you, they want a loan fee paid back.

“How can you guarantee somebody the right to play? You often have to go and get the player. It’s just not as easy as saying please can you come and play for us.” 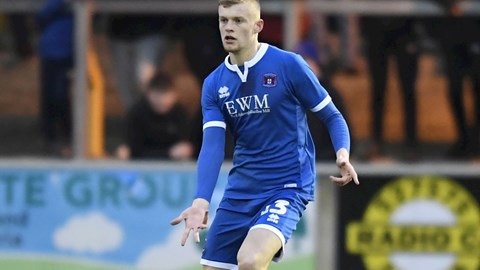 INTERVIEW: He just shrugs his shoulders at most things

On his hopes of securing another incoming signing this week, he commented: “We have one that’s at the solicitors and it’s due a rubber-stamp. If a medical goes through correctly I can tell you who he is.

“They’re all traits being encouraged and challenged on a daily basis, because it helps us win games. But we can’t win a game if we don’t protect our own house, and on Saturday we let that in too easily. We haven’t done that too many times in the games I’ve had.”

On Max Hunt, who joined the club on a permanent deal at the end of last week, he said: “Because of the rules he’s cup-tied, but I’m pleased we’ve got him. He’s not a finished article by any means but his mentality, experiences, he’s got that ambition to do really well, as has Elliot Watt.

“Max isn’t here to replace Jarrad, it’s because it’s one of those deals that becomes available and you have to take it. We’ve done that when Derby were thinking about re-recruiting him and Aldershot wanted to offer him a contract that was pretty substantial. It’s good for us and him.

“Elliot is another who has to adjust to the Football League way of playing and still affecting the game. He did some good things, and some things I don’t want. At the same time he wanted to win in all of that game, you could see that in him, he actually covered the most distance out of everybody in the team.

“We want to be hard-working and hard to beat, that’s what we can be irrelevant of how we play. We’ve got to have structure to that, which I feel we’ve gained in our 10 games to certain points. We have to bounce back and not let the cards all fall down when we get into discrepancy.

“That’s down to personality in the game, it’s definitely not accepted by me. It is constantly challenged and attacked. But it’s ok stating obvious, I’ve got to try and get people, players, to come forward and be better in that moment. You can’t constantly keep getting the finger down somebody’s nose and telling them this, that and the other. Honestly, it’s the same as dealing with your family.” 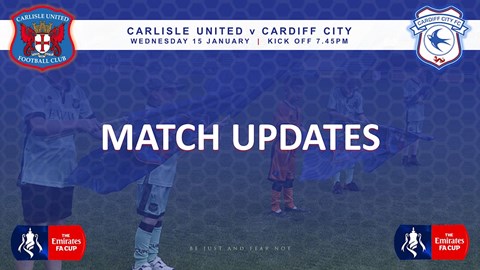 MATCH UPDATE: Hints and tips ahead of the Cardiff game

The red card shown to Aaron Hayden in time added on for the Plymouth game means the manager faces another defensive reshuffle.

“It’s a big blow that we’ll be without Aaron,” he conceded. “It’s been hard, I’ve had to readjust at the back a lot. Tactically, I’ve spoken openly and honestly, in terms of the goals we conceded at Colchester, at Crewe, and the way we conceded them, because it was too easy.

“The same factor happened on Saturday for the first goal, just a throw-in on the halfway line, a really poor goal to concede, especially after being in the first 15 minutes quite strong. Not dominant but comfortable.

“After they changed their shape, which was good for me, to interact with my shape, they dropped the striker down on Elliot, but Jon Mellish fell into the trap of keep dribbling out, then the turnovers and we’re always chasing. The goal, the psychology of the game, changes it.

“Midfield wise we’re hoping to have Mo Sagaf back, which is a good plus, cos he’d started doing well. He had a slow start with me but he’s really come to the fore and deserved his opportunity to play.

“It’s a shame he got injured at Crewe and I’ve had to be patient waiting for him to come back. Hopefully he’ll train fully and that would be good for me, because it would mean he can be included for Wednesday.”