Carlisle United have tonight signed forward Omari Patrick for an undisclosed fee from Bradford City, on an 18-month deal [with a review], which keeps him at Brunton Park until the summer of 2021.

Patrick, 23, started his career in non-league with Beaconsfield SYCOB and made a step up in levels when he was just 21 when he signed for Kidderminster Harriers. 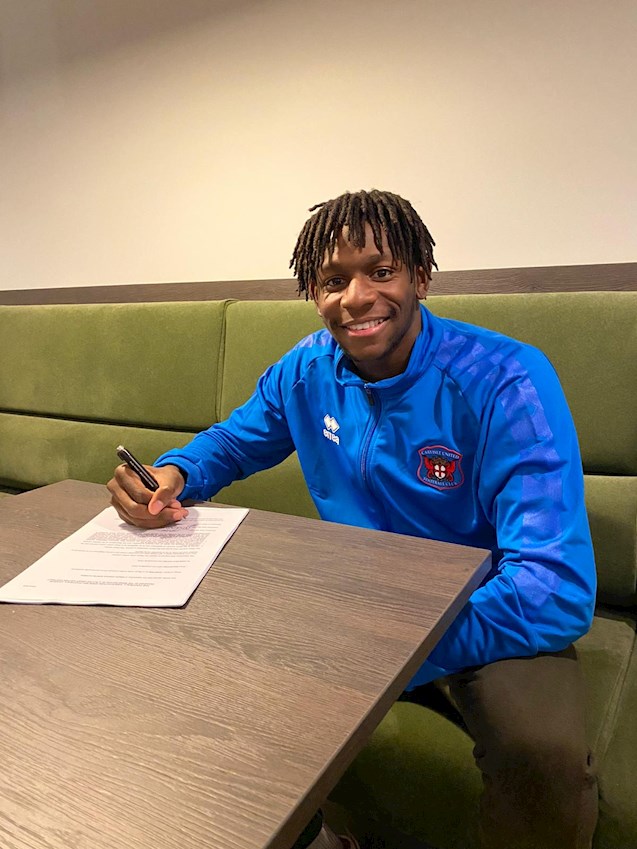 He was spotted by Barnsley, who snapped him up on a one-year deal, and he impressed with the development squad at Oakwell which caught the eye of Bradford City along the way.

An initial one-year deal took him to Valley Parade in May 2017 and he hit the ground running when he bagged the winning goal against Blackpool on his debut in the first game of the 2017/18 season.

His contract was extended to a three-year deal with the Bantams in August 2017 and he spent the first half of the 2018/19 campaign on-loan with Yeovil Town.

This term saw him team up with Wrexham for a loan spell where he scored five goals in his seven starts for the Welsh outfit.

Head coach Chris Beech said: “I'm really pleased we've got this one done. We’re getting somebody who can run and who is very athletic.

“He comes from an unbelievable background and upbringing with a father who was a Commonwealth Games gold medal winner and his Godfather is Linford Christie, so I don’t think it gets much better than that in terms of learning good habits and traits.

“He’s another young man who is at a very good age and who is ambitious about what he wants to achieve. He played in non-league and worked hard to get a great opportunity which led to him being signed by Barnsley, and the move to Bradford City followed on from that.

“Loan spells have given him good experience, and most recently he got five goals in 10 games with Wrexham, and he’s hungry for more."

"In terms of his versatility, he was predominantly a winger when he was younger but he also played as an attacker," he continued. "We've been talking a lot about pace over the course of the last few weeks and he’s a player who has that naturally, and that brings with it an ability to press and run in behind.

"These are real qualities we can work with him on and develop further which, in turn, will make him a very good player for Carlisle United.

“This is another signing I’m really excited about because to have him here on a permanent basis means we’re going to be able to work him over time. That’s important because we have to look longer-term, as well as at what’s needed right now, because recruiting in that way means that we’re giving ourselves more tools which will give us a better chance to build sustained success."

“I’ve spoken to him tonight and he knows what I want," he concluded. "He hasn’t been consistent in scoring goals and that’s an area we want to work on with him, there’s not question about that.

"He’s never really been an out-and-out striker, but he is an attacking player who can play in any position. His success at Wrexham came when Dean Keates put him right down the middle and he started to break through and behind defences, so that’s something else for us to possibly develop.

“His personality is excellent. He’s quite a quiet lad but he knows I want him to come to life when he gets onto the pitch and I want him to showcase and express his talents. We're all really looking forward to working with him."