Boss Chris Beech spoke to us about what he expects will be another tough encounter tonight as Cheltenham Town make the long journey north. 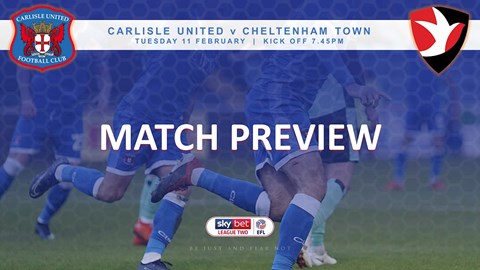 “We’ll go into the game in a positive frame of mind,” he said. “We’ll need the fans to be behind us again because it will be another tough one.

“They play three at the back and they use the full width and depth of the pitch, in a very similar way to Plymouth. We’ll take nothing for granted because they have an experienced operator up front with some good young energy around him.

“We’ll need to make sure we get it right tactically, match them, then surpass them as we look to get the three points.” 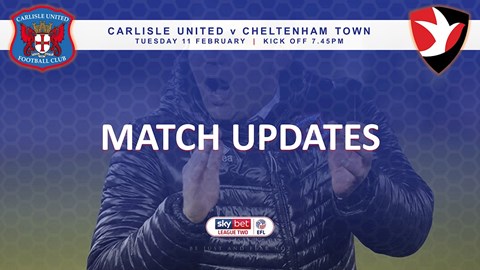 MATCH UPDATES: Ahead of the Tuesday night Cheltenham game

“Coming off the back of our draw with Swindon Town we find ourselves up against another of League Two’s positive sides,” he continued. “I was pleased with the commitment and effort we applied in our last two league games.

“Weather conditions in both matches were certainly a leveller and, whilst it’s the same for both teams, I also believe it hampers the quality of football the players can get up to.

“It was certainly an interesting few days with the way the storm hit the county and I think it was a relief for everybody when we got through it without a repeat of the scenes this city has seen all too often.

“The focus of everybody since we came into work on Monday morning has been on the game,” he told us. “It’s another game where we want to do it for the fans.

“The support we’ve had, home and away, has been superb. There’s a noticeable difference in the atmosphere and tempo from the supporters - that will to win and drive the lads forward is more evident than ever. 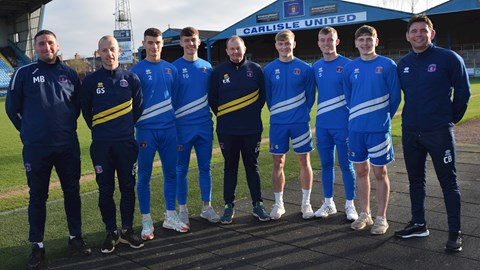 “Off the field we’ve given pro contracts to four of our scholars: Charlie Barnes, Charlie Birch, Liam Lightfoot and Tom Wilson. I’ve had many positive conversations with David Holdsworth and Andrew Jenkins about our desire to see local Cumbrian lads come through the system and this is a huge step in the right direction.

“The players have been rewarded on merit, but the challenge is still very much in their hands. They’ll be fully supported by us and given the opportunity to progress.”

And looking again t tonight’s opponents, he said: “Michael Duff has developed a good side. He’s done it in a short space of time and I’m admirable of his achievements this season.

“They play expansive football and have some good players and, as like ourselves, could be judged to be on a good run. I know we are but, and as I keep saying, I want wins, not draws.

“That’s what we’ll be working towards tonight.”