United make the long trip to Crawley this weekend looking to bounce back from the disappointment of a narrow defeat against Cheltenham on Tuesday night. 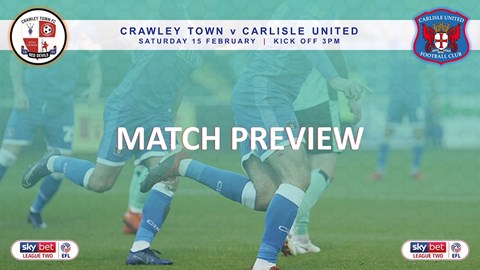 MATCH PREVIEW: A look ahead to the Crawley trip

Speaking first about training sessions which have been affected by the recent unbelievably bad weather, he told us: “We can put our snorkel away now and get our football boots out.

“What can I say, it’s part and parcel of being here at Carlisle United, part of the journey, part of the things you have to deal with that other clubs don’t have to.

“But by no means is it an excuse for under-performing and not representing us and the fans. We want 100 per cent to make sure we do that every time we turn up.”

But as the pictures of the rising waters were being sent through on Sunday night, and having seen it first-hand on Monday morning, he admitted that it as a sight that takes the breath away.

“When it’s in front of you it’s, oh my god,” he commented. “It’s, wow. To be honest with you, I don’t know who pulled the plug out but where does that bath water go so quick?

“It was up to the crossbar and by the time we’ve trained inside, had to split the lads up due to the numbers, inside the Neil Centre, half of it had gone. Where does it go? It’s amazing.

“We’re sorted for Friday though. We’re training at Aston Villa again, mid-journey, that’s great news. Dean Smith phoned me tonight actually [Tuesday night], he had sympathy because I just sent a picture of our training ground, and said any chance for Friday, he said yeah, no worries.” 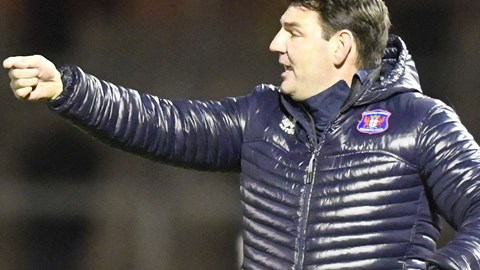 INTERVIEW: You got through a lot of thoughts

Looking ahead to the game, he said: “Crawley have got some good players, they really have. They’ve got a flicker and a runner up front, Palmer and Nadesan, who you know about, and they’re coached differently now.

“They’ve got themselves going. They’ve got the old stalwart who plays in midfield, who knows the position, the oldest Football League player, and they’ve got good options. We must dress ourselves down, recover and make sure we go there prepared to give our best.

“We’ve got to deal with the fact we didn’t get what we felt we deserved on Tuesday and make sure we’re ready. We want wins because they are a reward for everybody.

“Getting three points affects everybody, it affects arguments in the house, if you support Carlisle, it affects the players, affects me how I treat my children. It affects everything. So, it’s something we’ll all look to work towards and try and achieve.”