United boss Chris Beech spoke more about the weekend draw Morecambe as he reflected on what was another committed performance from his team.

“I am pleased to how we responded to the setback of having conceded,” he said. “To be fair we probably started a little bit better than Morecambe and we had a couple of early chances.

“They came from set plays as well and we probably should have taken the lead. The two goals we conceded, they’re very avoidable, but all goals generally are. The second goal was a great strike but it’s from a little bit of chaos that once again is avoidable.

“Obviously the conditions weren’t great but that’s the same for both teams. It does alter things because players are tempted to do things they otherwise wouldn’t. When you receive the ball, people are tempted to shoot from distance, and really if that was a normal circumstance they wouldn’t take that option.

“In the first half we nearly scored when Nathan Thomas hit a grass-trimmer but the ricochet didn’t quite fall for Jon Mellish. Those things happen. I do want my attacking players taking those touches in the attacking third to set up goals and opportunities.”

With midfielder Jon Mellish having picked up the man of the match award, he said: “He made a fantastic clearance when the ball spilled and it’s very disappointing that that actually happens. 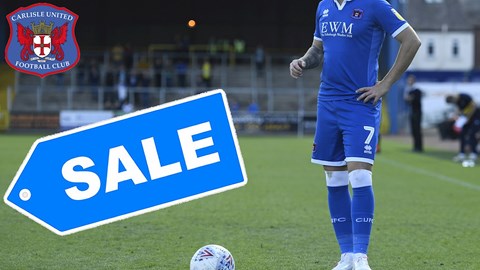 “But I’m really pleased the lads are supporting each other when it does. If they don’t, it’s a goal. It’s the same attacking. Jon has got to learn to shoot more, that will add to his game, but the amount of headers and pressing and ground coverage is excellent.

“When I get my stats back, I won’t have to look, I know he’ll have ran more than others. He ran close to 2km more than anybody in the team at Crawley. You look at that game visually at Crawley and think there’s a lot of lads done a lot of running in that.

“Nathan Thomas, Mike Jones, attacking constantly for 45 minutes, but Jon Mellish ran the most. It’s not just about Jon, it’s about all of us.

“All of the players are putting the effort in and that’s why we’re so frustrated. Ultimately I’m disappointed because I’m an ambitious person that wants more for what these players are giving us. We want the ins, and it will come providing they stick to an attitude and psychology to do it.”

“It’s important, he’s important,” he said. “He’s scored 11 goals and was excellent in that period for us. The FA Cup period he was really good. I have no doubt he’ll get back at it before the end of the season.

“He was always going to come on at some point on Saturday, I was toying with the idea, we played with really three strikers but it’s hard in the wind. You’re almost playing formations for the conditions as well.

“If anything on the formation I picked, I’d have preferred to have been playing against it initially. But it didn’t work out like that. You’re then changing it, taking risks and challenging the lads to say go on, go and win it.”

And with an update on the keeper coach situation, he explained: “I’m thankful to Steve Collis for his support and help. He’s agreed to continue to do that at least until the summer.

“In terms of the next 12 games, we’ve got that provision covered. It’s great having fresh eyes come in, like mine. My eyes coming into the building can see something people have done for so long, sometimes it’s really good, but sometimes it’s not.

“Not the players, everything, including what goes on. We train after the home games now, for example, while everybody’s here, while I’ve got a physio available if anything goes wrong.

“And I have to thank some supporters who utilised the Neil Centre between 5 and 6pm on A Saturday night after home games. I’m not too sure what the gent was called but I was really thankful they’ve changed that slot. What they did was watch the game then run around in there for an hour.

“But we’ve got a squad that needs challenged and tested. If you’ve not started, I want that to extra session to crack on and go ahead on a Saturday. We’re doing all sorts of different things, it’s good, but I want those three points.”