It was quite a seven days for Jon Mellish last week as a perfect hat-trick [left foot, right foot and header] in the reserve game at Kendal on Wednesday night was followed up by a return to the starting line up at Crawley, in a box-to-box central midfield role. 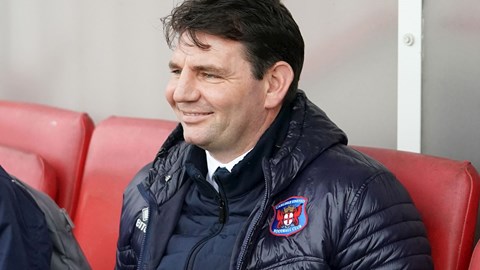 INTERVIEW: Pleased with how we went about it

“I saw traits in training, backed up by what he did in the reserve game last week, that suggested to me that he would be able to do something in that central midfield position,” Chris Beech said. “Jon has been one of those players who has missed out recently, and the press ask a lot of questions about players who aren’t involved.

“When he hasn’t travelled to away games he’s done his extra sessions on the Saturday. He’s done his work and the things I’m asking the players to do so that we all become more professional and consistent.

“I want the squad to be pushing and supporting the subs, the subs to be supporting the starters and the eleven who get the shirt to be doing a good job. That’s the kind of energy I’m after, and because he’s ticked all those boxes he deserved his chance.”

“I didn’t want to put any restraint on him,” he continued. “Elliot Watt is the thinking football player and I wanted to make sure Jon did exactly what he did. He’s a willing runner who can cover ground and he did great and was probably one of our stronger players.

“With players, if you spot something it can sometimes benefit everybody if you develop it further. I’ve done this before at Rochdale, where I see things in certain elements of players and look to utilise them rather than dismiss them. 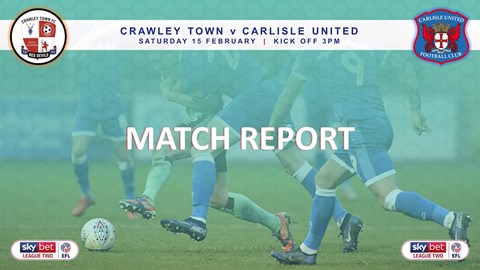 “It was Matty Done who moved from defence to up front at my old club. We had an issue because we’d sold Scott Hogan for £1m to Brentford. We made the switch and it worked for the player and the team.

“Looking at how we’ve been playing recently, I felt as though in midfield we hadn’t won enough headers and tackles. Jon has that north east attitude, he needs a bit more football intelligence, but he’s a great lad and he’s good at getting about.

“You’ve seen him play left back, but you often see him left wing, right wing, which is not what I want from a defender, particularly if he’s been picked to play as a centre half. I thought in midfield that would free him up a bit. Maybe he’ll grow into that and become a dominant midfield player.

“I’d given him the opportunity to give it a go in midweek at Kendal and he took it, so why not. He nearly got two goals at Crawley, and how the goalkeeper saved that shot when Nathan pulled it back, I do not know. That was as good a save as I’ve seen for a long time.”

Looking back at the clean sheet from the weekend, he told us: “I was encouraged by the way we defended in what were difficult conditions. The first five minutes were a concern, Nadesan hit the post and Palmer’s a handful.

“What a player he is for this level. He gets away with his pulling, tugging, pushing and he helps them attack so effectively. I was pleased with how we defended and encouraged by the way we attacked.

“The way we applied ourselves was the reason why we ended up dominating. Against Cheltenham we had something like 134 more passes than they did. They’re a possession-based team that’s at the top end of the league, so that was good from us. Again, at Crawley, we dominated and fought hard for that domination, but we didn’t get the breakthrough.

“We did create some really good openings and I want the lads concentrating on getting the ball on target and in the corners, because that’s when we’ll start getting our goals and the points that come with it.”