United met the Blues at Frenchfield Park in their rearranged fixture on Tuesday night as both sides looked to continue their progression in this season's Cumberland Cup competition.

Kick off was preceded by a minute of silence in respect of the passing of former Penrith players Geoff Yare and Bobby Watson.

The home side struck the first blow with just four minutes on the clock when a high ball forward was flicked on by Connelly. Winger Ben Clarke took over, and his deep cross eventually broke for Jonny Studholme to strike. Robinson could do nothing as it bulged the net.

And the hosts doubled heir advantage four minutes later when an exchange of passes found Connelly unmarked and in space. He kept his cool with a neat finish from the edge of the box.

United were close to getting back into it when a free kick from Armstrong bent just wide, and they had the ball in good areas with a number of deliveries which peppered the box. Solid defending kept the mint shirts at bay.

There was plenty of possession for Carlisle, but little in the way of chances until a through ball found Chikukwa on the move. He was at a tight angle but he bided his time before rolling the ball past the dive of Miller and into the bottom corner, to bring his side right back into it.

Penrith responded with a good move forward and a strong tackle from Faustino was followed by a lobbed ball into the box. Substitute Luke Brown had just Robinson to beat but he put too much on his header and it dropped over the bar.

Wide man Lewis Bell thumped a long range effort over as the away side looked to bring things level, and Grandison skewed one wide at the other end as the pace of the game increased ahead of the half time break.

Penrith had the first chance of the second period when Faustino broke from defence with the ball at his feet. He sent it forward to Clarke, and a drop of the shoulder took him into a shooting position. Robinson was able to watch as it bobbled past his upright.

The two-goal cushion was restored 10 minutes into the second period when a flighted ball into the box was controlled well by Brown, who took it down on his chest. He still had plenty to do but he dragged the ball back before toe poking it beneath the dive from Robinson.

Carlisle had half chances, with Armstrong causing problems with deep free kicks and Chikukwa forcing a save from Miller, with a grass-cutter from wide, but it was the home side who struck again when Johnson got on the end of some fine work from Clarke. A guided volley left the stopper with no chance.

United grabbed a second goal of the night with five minutes left to play when Keelan Leslie met a free kick from deep with a perfect header.

But it was too little too late as Penrith booked their place in the semi-final with the goal of the night from Mally Holliday - a stunning strike from 22-yards - and the Blues of Frenchfield Park now go on to a meeting with Cleator Moor Celtic for the right to progress to the final. 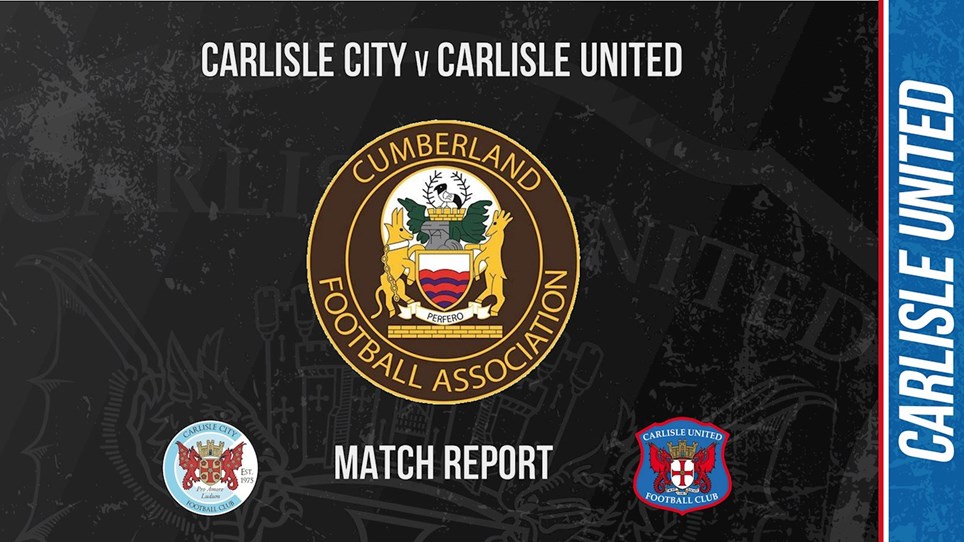 
United made the short trip to Gillford Park for their Cumberland Cup semi-final meeting with Carlisle City.