Possibly the best way to prepare for a big cup night under the lights is with an emphatic victory, and that’s exactly what the under-18 side did as striker Sam Fishburn claimed a four-goal haul to help his team on their way to a 4-2 away win at Tranmere. 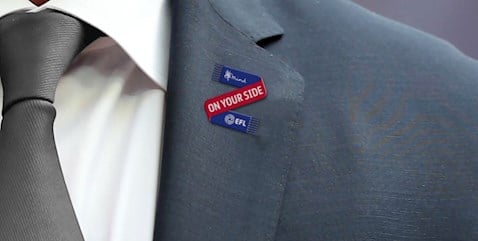 Speaking about the weekend game, and tonight’s FA Youth Cup third-round meeting with Blackburn Rovers [kick off 6pm, live streamed on our official YouTube channel] Eric Kinder said: “We were very satisfied with Saturday’s performance. To get that consistency has been something we’ve been looking at for weeks now.

“I think we only lost control of the game for 10 or 15 minutes when they equalised in the first half with a disputed penalty. For most of the game we controlled it, and we were really pleased with how the lads went about it.

“We’ve got such a big game tonight and usually on the Saturday before the performance isn’t great, because people are holding back to try and make sure they don’t get injured and miss the cup game. It wasn’t like that this time. We went out and played at a terrific pace and we were a threat every time we went forward.”

Another four goals to the tally suggests that forward Sam Fishburn has responded to the early-season rallying call for him to add goals to his overall game.

“Sam had a great start to this one,” he explained. “He scored after two minutes then, for his second goal, he chased down a hopeful ball, he closed the defender and the keeper down with intent, and as the keeper tried to clear it he kicked it against Sam’s legs, so it rolled in.

“As I keep saying to him, the harder you work the luckier you get, and if he keeps doing that he’ll continue get goals like that. His next two goals were good one-on-one finishes to complete his hat-trick, then get his fourth.”

The result took the unbeaten run to seven games, a statistic that should take the team into tonight’s game feeling confident, albeit they face a Category 1 academy club.

“We’re on a good run, which the lads keep reminding me of, even though I don’t keep count of things like that,” he told us. “Our last loss was at Fleetwood when we were winning 1-0 with five minutes to go, but somehow managed to lose the game.

“That was disappointing, but since then they’ve grown a little bit and it couldn’t come at a better time. Blackburn will fully be expected to win the game tonight.

“It’s very similar to the first team getting a Premier League side in the third round of the FA Cup. They’ve got all the resources, which is why they’ve got Category 1 status. They got to the semi-finals of the youth cup last year, which is what they expect every year.

“They’re a big club, I think they’ll be typical of a team from that level. They’ll want to play from the back and play through the thirds. It will be interesting to see two different styles against each other.

“The lads have had two home cup games under the lights here now so they’ll be used to it and they’re looking forward to it.

“The further you go in this competition, the harder the game is, that’s how it works. We started off against a non-league club and won that with no problem, then played against another Category 3 club like ourselves, and now we’re up against Blackburn.

“We’re at home, we’re used to it and we’re on a good run of form, so it will be interesting to judge where we are as a team after the game.”

“The lads are enjoying playing football at the moment and we’re getting some competition for places back,” he continued. “Lewis Rooks was back on Saturday and got 25 minutes, so he’ll be back on the bench tonight.

“We’ve only got Ryan [Swailes] missing now and that will be long-term. They’re all playing their part at the moment and Saturday was our best performance of the season. We consistently got our game plan right.

“Even when we weren’t in control, we weren’t under any pressure, we just had less of the ball for that 15 minute period. We had a lot of possession and could have won by more.”

“There are a few teams like that, so they haven’t done the draw for the fourth round yet. I think the third round has to be played before the middle of January, so I imagine they’ll do the draw in early January.”