Back-to-back victories against Salford and Bradford took the Blues into their Saturday afternoon home game against Stevenage in high spirits - a game that was our official #StonewallUK #RainbowLaces fixture. 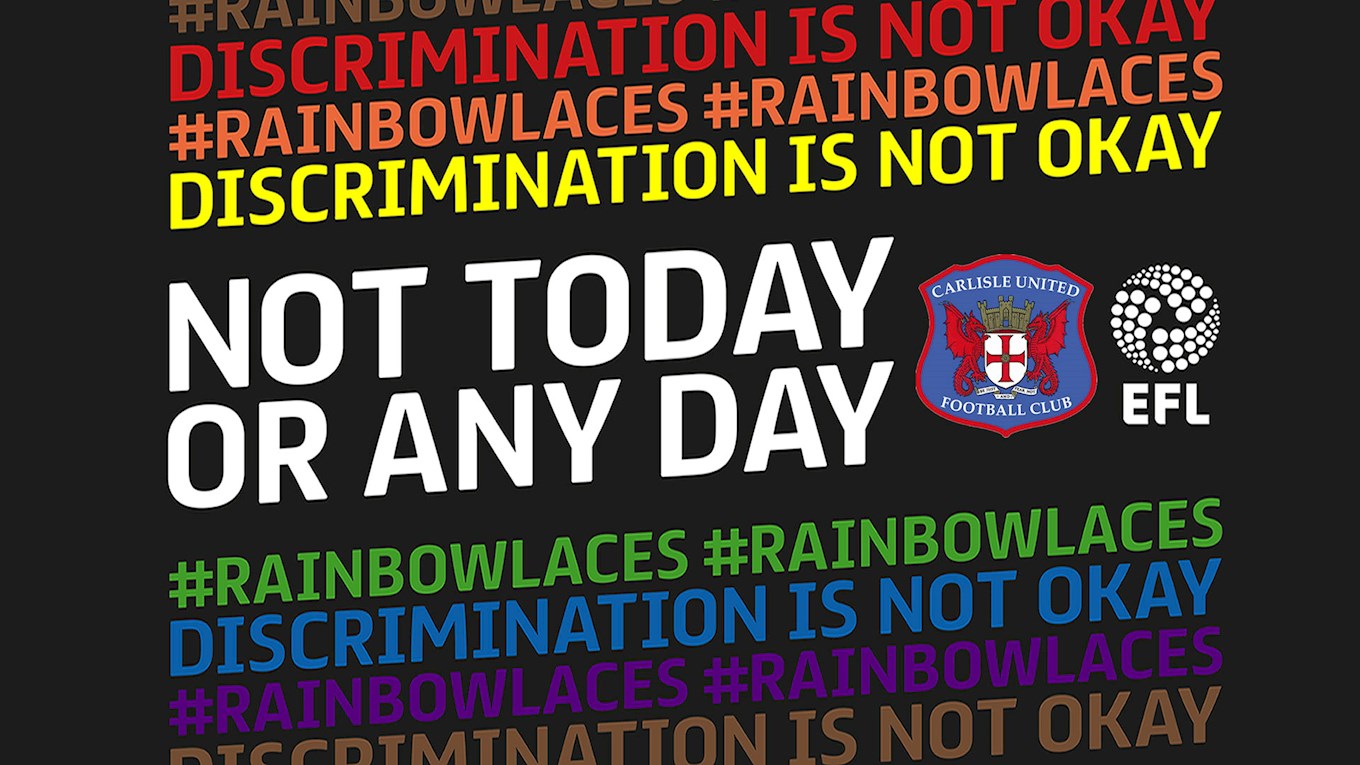 Seven wins from eight home league fixtures isn't bad by anybody's standards, but there was always going to be work to do against a team that has been hard to beat this season.

Callum Guy was back from suspension, so he stepped up as Dean Furman took a place on the bench.

United won an early corner when a long throw from Kayode dropped in front of Hayden. He tried to feed it back for Anderton but it came off Coker and spun behind. Guy delivered the set piece, and it was kept alive by Mellish and Anderton. Guy had dropped deep but his volley from 20-yards sailed over the bar.

The Blues looked for a penalty moments later when Alessandra beat the offside trap to take the ball into the box. He came together with VanCooten but the referee quickly waved play on.

United recycled the ball and a free kick as Tanner was fouled led to another dipper from Guy. Kayode won the header but it screwed wide.

Stevenage tried the long throw route at the other end, with a missile from Hutton, and Vincelot was on hand to volley as it came his way. Leaning back, he rifled it upwards and onto the Warwick roof.

Home tails were up and Anderton had another effort blocked as he got on the end of a good move involving Guy and Tanner. Mellish was then almost played through as he spun his man from a neat pass from Anderton, but his shot came off a toe and he had to settle for a corner.

Anderton was everywhere, and it was him who got on the end of the outswinger from Guy as he sat deep. A downward header had to be hooked away before Kayode could pounce.

Stevenage were pegged back as Patrick and his skipper terrorised the defence, and it was the wide man who won a decisive corner with 20 minutes played. Guy didn't disappoint, and neither did Kayode as he rose high to power home his third goal of the campaign with a close-range header.

The unpredictability of the long throw and the accuracy of the set pieces gave the away side no time to breathe, and Alessandra volleyed over from 18-yards when another half clearance from a Kayode launch broke kindly. He struck it cleanly, but it arrowed high.

There was rare work for Farman when Pett found time to pop a pass into the Carlisle area on the half hour. The keeper was on his toes and he sprinted smartly to gather it up.

Striker Lewis Alessandra made it two goals in two home games when a whopper of a clearance from Anderton was completely missed by VanCooten. The striker calmly made his way towards goal before thundering it low into the bottom corner.

Boro had a brief spell where they were able to try their corner sequences, but strong defending kept the home net untroubled. And Patrick sent one wide at the other end after Alessandra had been stopped in his tracks, which allowed Guy to flight another free kick into the mix.

The half ended as it had started, with Carlisle on the attack, and another thuderbolt from Anderton was heading goalwards as he tried his luck from 40-yards. It was on target until the unfortunate Jon Mellish got in the way.

The crowd was on its feet just 90 seconds after the restart when Tanner clipped a great ball to the near post. Kayode glanced it goalwards off his forehead, but it smashed into the side netting, fooling just about everybody on the east side of the stadium.

A neat pass from Devine suddenly carved the visiting back line wide open after Alessandra had held it up well. Anderton was on the overlap but he hesitated, deciding not to pull the trigger. Patrick asked for it, but the red and white shirts had regrouped and the moment was gone.

Hunting in packs had been a feature of the afternoon and Guy, Kayode and Alessandra all turned possession back over in favour of the hosts as they closed every door.

There was a sustained spell of forward play from the away team just before the 60-minute mark but nothing found it's intended recipient as Hayden, Bennett, Tanner and Mellish all got in the way.

An introduction to the action for Gime Toure brought immediate excitement as he ran at Marshall before cutting the ball into the mix. It was cleared, but a second run brought a throw from Kayode that yet again caused all kinds of issues as Prosser struggled to clear.

A bad day became even worse for Stevenage when Prosser was shown a second yellow with 15 minutes left to play, and Toure went close from the resulting set piece as Guy yet again picked out his man. The volley had venom but it was catching practice for the fans behind the goal.

An even better chance followed for Bennett as a Guy corner was contested by Hayden. Rhys Bennett jumped into the space that was created but he slashed at his shot and it screwed agonisingly wide.