When defender Rhys Bennett joined the Blues, having been a free agent, midway through November he might have expected a period on the sidelines as he went through the usual bedding in process, coupled with a push to reach match fitness levels. 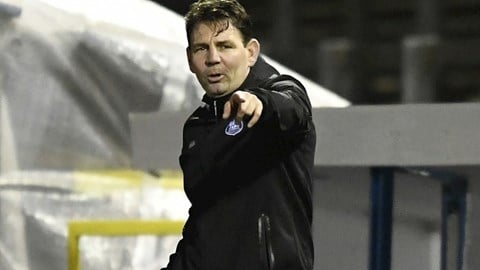 But his arrival coincided with a training ground injury picked up by Rod McDonald, and it became a baptism of fire as the experienced centre back was called up for immediate first team duties.

And such has been his impact that when he netted his second goal in just five starts on Wednesday night, chants from the 2,000 strong Blue Army of ‘sign him up’ could be heard loud and clear around Brunton Park.

When asked if any talks on the matter had been considered, manager Chris Beech said: “I’ve said this in previous interviews, but when I got a call that Carlisle were interested in me becoming the manager, and I got the job, Rhys was the first thought in my head.

“The club at the time were conceding goals and not winning games. I worked very hard with Rhys when he was younger. I suppose that’s why we have the relationship and respect he does for me.

“When he was at Rochdale as a young player, I’d often work in afternoons to develop him – sort his feet out, improve his touch, his passing. Now, as a 29-year-old football player, he’s experienced, he’s very good, probably 250 to 300 games down the line since I last saw him in terms of working with him.”

“I’d love him to stay, and when I saw this as a big project, he was the first name I thought of to make us stronger and better, but at the time he was playing League One football,” he continued. “I want him to stay, and there are conversations to be had at some point, but not quite yet in terms of getting into detail. 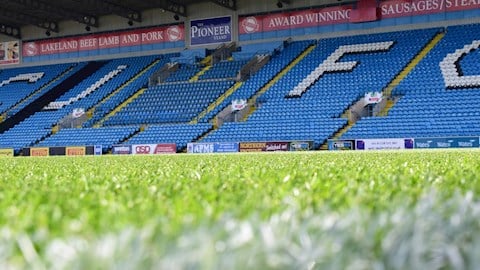 “Rhys knows what I feel of him and he’s stated that he’d only play League Two football for me. He initially had thoughts to play Championship football and that’s why he held out for so long, because he was waiting for an opportunity to drop. I want him to stay, of course I do.”

And if he does, it will provide another area of strong competition when the fit again Rod McDonald comes banging on the door.

“Rod is likely to miss this weekend,” he confirmed. “He’s improving well and it wasn’t a really bad tear, nor was it one that lasts 5 to 7 days. It’s that middle ground of two to four weeks.

“He’s doing really well at the moment so hopefully he’ll be back next week. Obviously that does mean competition, but that’s what happens. That’s what you need if you’re going to try and achieve anything.

“The difference coming into the team – why should it go down? Danny Devine took it up a notch when he came in on Wednesday. The substitutes supported the starting eleven. Gime suddenly looked a little bit fresher and quicker. Joe Riley came on and helped stop two or three crosses on that right hand side. It was good to see.

“We’ve got to remain doing these things. Of course it’s difficult for players not to be playing, and it’s ironic really, players often play better when they get their next chance.

“Rhys in theory wouldn’t have been playing for us right now if Rod was still fit, but he will have made Rod play better because Rhys is there. It’s the same in that midfield area. You can look at a finance sheet and say ‘he’s been paid for four weeks but not played’ but he’s actually making a player play better who’s playing.

“There’s a value in that sometimes that isn’t measured. They just have to work it out. I try not to overplan those issues, but I do know I need an answer before the question comes, and that’s why we recruited Rhys. When one opens out, he fills it and makes it better.”