United’s home game against Stevenage again saw 2,000 fans attend as we welcomed supporters into the stadium for the second Tier 2 game.

As for the Salford fixture, and as part of the match review process, CUOSC launched a survey to see how the match day experience had been received by the most important people in all of this – the fans – and the feedback provided from that has again proved to be useful as we learn lessons and modify what we all need to do – fans and club alike.

CUOSC secretary Alastair Woodcock said: “We are again happy to help the club with fan feedback.

“Supporters have indicated to us that they have seen an improvement since Salford. The areas to improve on are there to see.

“We’ll continue to do this and, as we stated last time, the more fans take who take part in these surveys, the more reliable the information and the better the decisions that can be made.”

Chief executive Nigel Clibbens said: “We have made it clear that reviewing the experiences after each game is important in building trust and confidence as we seek to get approvals for more fans to be able to attend games in future.

“We made adjustments after Salford and are grateful to CUOSC for working on this, and to the fans for taking the time to participate. More fans gave us their feedback this time.

“We wanted to track how things change, or how they are perceived to have changed, and this shows improvement in nearly every area.

“Both at Stevenage and Mansfield, we noted fans in the Paddock who were not stood in their correct blocks, and we had stewards reminding fans with a ‘light touch’ approach.

“At Bolton we hope to see fans respond and stand in their allocated spaces. We will be checking tickets in the fullest Paddock blocks to assist with that – fans should expect this to happen.

“The response by fans to face covering exemptions at Mansfield was excellent. Thank you.

“Again, exit at the end of games onto Warwick Road is an area we need to monitor. If fans can spread or stagger their exit, that would help enormously. Even by holding back for two or three minutes, that will help.

“This will be a concern if we can’t get it right if we want to look forward to getting 4,000 fans through the door. That’s why it’s better for us all to think about the issue and sort it now.

“Our ticketing system is starting to pick up scans from tickets relating to Tier 3 and Scotland. Fans in these locations should not travel to the games, so we are looking at these case-by-case and, if necessary, we will be contacting individual supporters.

“Again, if you are in one of these categories, do not be surprised if you receive a courtesy call. Everything we are doing and asking you to do is aimed at us getting games with the maximum amount of fans attending – which, when it comes down to it, is what we all want to see going forward.”

Thank you to everybody who took part in the survey.

Q1: Did you hear PA messages about Covid procedures?

Q2: Are you aware of the Spectator Code of Conduct?

Q3: Were you aware of the additional temporary toilets on the West side of the ground?

Q4: Did you feel fans were wearing face coverings as they were required to?

Q5: Did you feel fans were adequately socially distanced BEFORE the game?

Q6: Did you feel fans were adequately socially distanced DURING the game?

Q7: Did you feel fans were adequately socially distanced AFTER the game?

Q8: Did you move around the ground and at Half Time as much as normal?

Q9: Did you see communications from the club before the game giving you information?

Q10: Did you think the signage around the ground re: COVID info was adequate? 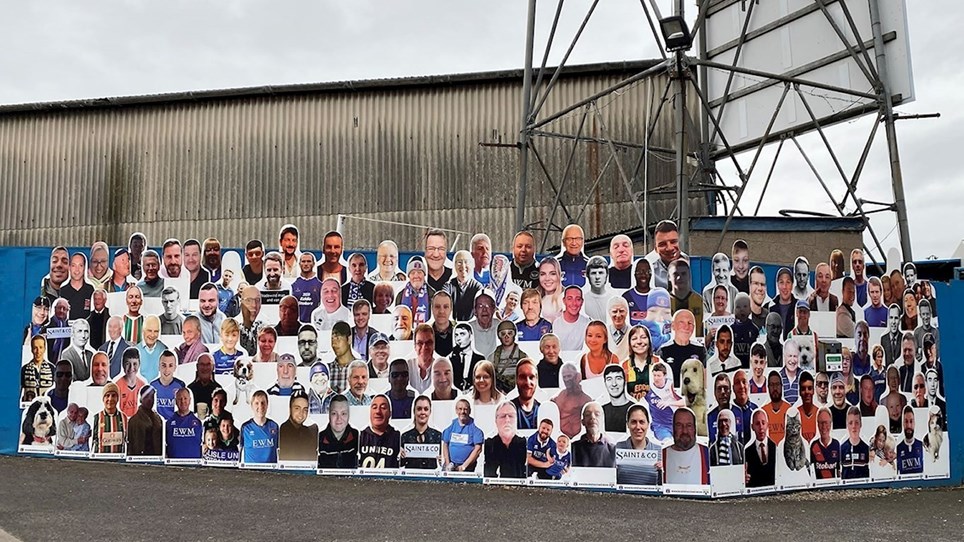