United’s director of football David Holdsworth predicted that August would be a busy month and that’s exactly how it has turned out to be, with 11 signings secured in just 18 days – a new club record.

Speaking about it to the official website this week, he said: “There’s been a significant amount of action, a lot of conversations, and it’s been fruitful.

“I think the hard work we put in prior to the opening of the window has been evident and we’re very pleased with it.

“We started to identify areas where we wanted to improve back in January. We had some very constructive meetings then, and into early February, so we knew the profile of the players we were going to get.

“I think Chris has identified how he wants to play, and what type of player he wants in the building to do that, and I think it fits League Two. That’s really important. Overall we have players with a good profile and there are some good lads in there.”

“What we’re aiming to achieve is that we improve and we compete,” he continued. “The players we’ve brought in were definitely in our target range of those Chris had identified as people he wanted to work with.

“We’ve had to be patient with a couple, but that’s the nature of the beast when you’re going for better players and for top targets.” 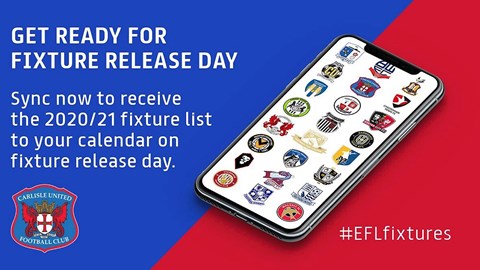 And on how long it had taken to get to this point, he said: “As I’ve said before, we were talking about these players back in January.

“Obviously nobody had any idea about what was to come after we’d have those initial meetings, but we managed to preserve and protect ourselves here at this club, and that’s been a key part of everything we’ve done.

“In such a time where there is uncertainty, and a lot of people are worried about a lot of things, we’ve just had to be very pragmatic, careful and resourceful.

“The way we’ve done the club media has helped to transfer our feelings of positivity, and all throughout the club, from the commercial team, the ticket office, the ladies in the shop, Sarah, Suzanne and Nigel, everybody has been very good.

“It’s shown us that when we’ve been in a time of trouble, if you like, we’ve got great staff and I think we’ve managed to project the right feeling. It’s another key thing for me because how supporters perceive your club is important. I’m delighted with the way it’s going.”

And with the fans desperate to show their support in any way they can, he commented: “I think the fans are amazing, I really do.

“Suzanne [Kidd] told me yesterday how many have renewed their season tickets and it’s unbelievable really, when you stop to think about it. We must thank our supporters once again for giving us their backing.

GALLERY: Images from the Gateshead friendly

“They’re pleased – I’m not big on social media but people around the club tell me that the supporters are really behind us, and that’s absolutely wonderful. We hope now that all that hard work can be transferred to the training ground and Chris can do his thing.

“The way the fans have bought into how we’ve done things is called respect. We command respect, but you have to earn it, and I think the way we’ve done our business has been intelligent.

“Our fans can rest assured that right now that we are in a good place and we must continue to be resourceful.

“Chris has spoken to the players about how we do things, and I deal with their representatives, and I think we’ve done our business very well.”

But has there been a marked change in the way the transfer window has operated this summer?

“There’s an element of it’s changed, and clubs have been dealing with different issues,” he said.

“Some aren’t in as good a place as we are and I’ll go back to the fact that the way we’ve done our business has been intelligent.

“It’s been worthwhile because we’ve used our skills in bringing good quality people through the door rather than just making rash decisions.”