Eleven signings in just eighteen busy, hectic days of August left David Holdsworth and Chris Beech in need of a summer holiday, if truth be told, and the manager confirmed this week that it has been hard work as he’s gone through the process of reshaping his squad. 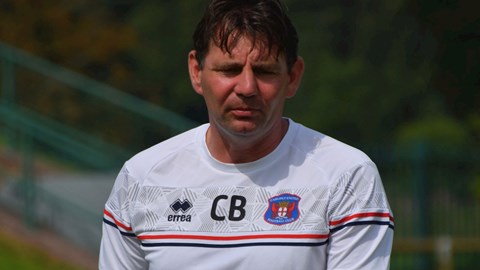 “It is hard, I don’t mind admitting that,” he said. “I read somewhere that we must have an unbelievable scouting network and I thought, wow, I wish we had one.

“Like I keep saying, we can’t pay for the answer, so we have to grow it, we have to find it and we have to do it differently.”

“Football doesn’t change, I’m not trying to reinvent anything,” he continued. “You’ve got to protect something, you’ve got to gain something, and there’s a bit in the middle that you have to concentrate on when it turns over.

“Obviously the balls are different, the boots are lighter, the players like wearing more stuff on their hands, never mind their feet, but the actual game itself doesn’t really change. We’ve got to remember that when we’re applying ourselves to our trade.

“I’m excited by what we’ve done, but I’m definitely not satisfied because we haven’t started yet.”

INTERVIEW: I could never run faster than a wheelbarrow

Having done the bulk of the work, we wondered how much was still to do, particularly with the season now just a few weeks away.

“If you look at the squad, and you include Taylor Charters, who played nine games last season, and a recovering Josh Dixon, that’s 20 players with five first year pros,” he told us. “The first years will support, at times, what we’re trying to achieve, but we could probably do with a couple more.

“We’ve got until October until we get to that point and you never know what’s round the corner. We could end up with five injuries in training today. It would obviously be unlucky, but it can happen, and that then dictates what happens next.”

“Loan signings are possibilities,” he confirmed. “From a club perspective, loans mean you get a higher level of player for less money, but without the commitment.

“From a business perspective they are viable assets, but you’ve got to try and make sure you get the right ones. If you look at the loan history at this club, names like Nadesan, Yates and O’Hare are three that come to mind straight away as being very good players, so we’ll just see what happens.

“I’m one hundred per cent grateful for the budget I’ve had from the club, but without delving into too much devil in the detail, this squad is assembled on finances which are lower than last season.

“We are in a position where we want to improve  competition for places, league position and have players representing the traits and values I keep talking about. If we get honesty and hard work, it will represent all of us really well.”