In the first part of our interview with Carlisle boss Chris Beech he spoke about the impact of the initial postponement of fixtures – now just over two weeks ago – announced by the EFL the day before the Blues were due to play Grimsby. 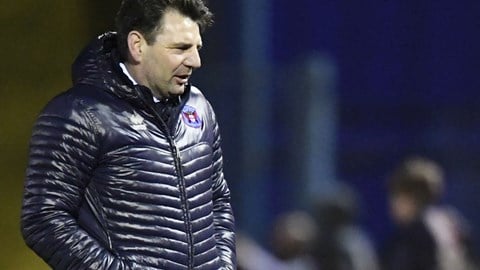 INTERVIEW: It was a strange few days

As the situation developed to where we are now, with games suspended indefinitely, we wondered how difficult the challenge of managing the team now is, with so many football-related issues still up in the air.

“I think the difficult thing for all of us at the moment is the fact that the authorities have stated that they want the season to finish properly, with all remaining fixtures to be played, but we just don’t know when that will be,” he said.

“Obviously if the situation allowed for it, I’m sure that’s what everyone in the game would want, but I don’t think any of us will want to do that at the expense of the safety of our staff, our fans, or of ourselves.

“That’s why I think that starting up again is almost a side issue, certainly as we speak right now. There are much bigger things for people to worry about in terms of getting the virus under control for the sake of everybody.

“However, this is our livelihood, our job, and we have to be ready to go again, whenever that is. Nobody is belittling anything by saying that. Nothing will change the fact that we all want the best outcome, and that’s for as few people as possible to contract this virus, and for our fabulous NHS and their support staff to be able to look after those who do, which they are doing fantastically well, as usual.

“But it’s natural that people are going to want to know what their team and players are doing, that’s what being a fan is. That’s why there’s so much interest in the stuff that’s appearing on the internet. People love their club and it’s a huge part of their lives.

“What I can say is that it’s hard to prepare for something that doesn’t have a definite starting date. Motivation is obviously affected, that’s human nature, and that’s nothing to do with professionalism or a lowering of standards, or anything like that.”

“I was really pleased with Dave Waldie because he’d already started to think about the possibility of football shutting down days before it actually happened,” he continued. “That meant he had a programme ready to go out to the lads on that Monday, when the close down was confirmed. 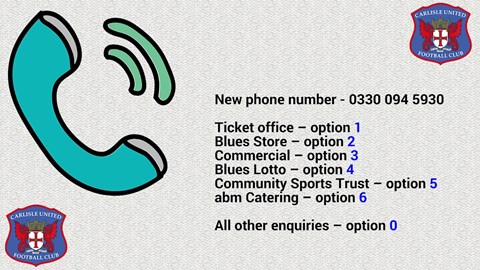 “There’s absolutely no doubt that our squad will stick to the programme, which involves running, weights and other exercises, and that will keep them at a good level. But we have to bear in mind that other factors will creep in the longer this goes on.

“For example for some of them, those who don’t have contracts, they’ll be concerned about what they’re doing next year. I haven’t spoken to any player about that side of things at all yet because, as things stand, we still have nine games left to play.

“I know we’ve been supported by the local media in how they’ve highlighted the fact that I took over when we were just five points clear of Stevenage, and we’re now 20 points clear, and that has obviously led to questions from them about when I would start to look towards next season.

“Well, with nine games left to go, my focus was and still is on winning all of them. That’s why contract conversations hadn’t taken place at that point, because I want us to attack those nine games properly.

“Of course, as staff, we’ve looked at a number of things with next season in mind, all with a view to improving everything we do, but those are conversations which remain between us because the circumstances within that can change for any number of reasons, so we haven’t shared any of that with the lads.”

With social-distancing and the strong #StayHomeSaveLives message adding a further complicating factor to the need to train for the lads, the manager spoke again about the difficulty of staying motivated through what is an unprecedented set of circumstances.

“Like I said earlier, not knowing when those nine games are going to be makes it really difficult for the lads to stay motivated,” he told us. “It’s a very strange world out there right now because people are actively avoiding each other, crossing the street and waving from a distance and all sorts, and that’s because it’s the right thing to do.

“We’ve all had to adapt and change from our natural way of doing things, where normally we would be sociable. This virus makes us be the opposite of that. The lads are having to go running on their own, or do exercises in isolation in their front rooms or back gardens, and that doesn’t come naturally at all.

“Some of the lads have personal situations which will be affecting their mindsets as well, and Omari is a great example of that. His partner is a nurse and he hasn’t seen her for a while now as she does an unbelievable job working within the NHS. 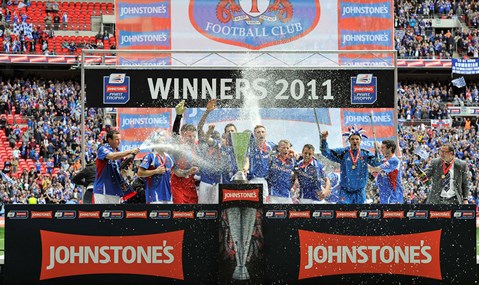 “That’s just something they have to get on with, so they get on with it, but there are a lot of things like this that are affecting a number of people in different ways, and it’s down to the individual as to how they cope and motivate themselves through it.”

This coming Saturday should have been the home game against Port Vale, with the previous Brunton Park fixture against Leyton Orient also a victim of the close down.

“It’ll be five games we’ve missed come Saturday and that again is something else that’s strange for us all to deal with,” he said. “Within that was the massive effort from everybody for the Leyton Orient game, and I was so disappointed that all the work couldn’t be rewarded by us playing that match in front of what was going to be a big crowd.

“When you see the staff, players, local businesses, schools and sponsor come together like that it reminds you why we’re all involved in this game, because we all want our club to be the best it can be.

“However, whenever we start to think about the negatives surrounded with us not being able to play, we have to keep thinking about why it’s the case. Look, today would be a normal pre-match press conference day, and it’s quite testing for us all that we aren’t doing what we would normally be doing to get ready for Port Vale.

“But it’s not as testing as having the virus, or being one of the people who are doing everything from delivering our food to fighting this thing on the front line hour after hour. Yes, it’s a strange feeling not to be training and playing, but the real fight that’s going on to defeat this virus is what’s important right now.”

In terms of keeping in touch with the players, he said: “I’ve encouraged my staff to keep in contact as much as possible because it’s important that we maintain a level of team spirit.

“I’ve seen people like Fela post one of his goals, and Harry McKirdy commented it, so I put one of mine up and challenged Callum Guy to find one to match … obviously he fell short on that!

“There was John Burridge’s unbelievable warm-up which I clipped and sent to the keepers to see if they fancied doing it to stay supple, and it’s little things like that which just keep everybody talking to each other.

“We’ve had to disconnect, and we work in a team sport, so how weird is that? That’s always going to be strange. It means we have to work hard in different ways to stay connected and together. There’s no surprise when the questions about when we’re back and what we’re going to do come back my way from the players because, again, it’s human nature. 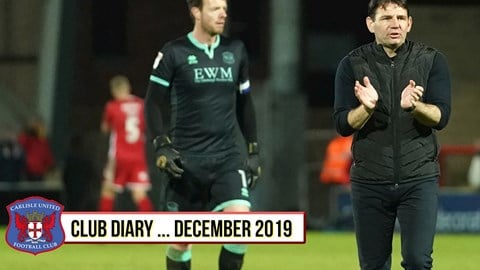 “These lads want to know what’s going on. They’ve got their mortgages and families to think about, so I find it really difficult when all I can tell them is that I don’t know the answers to their questions right now.

“I’m a person who is very clear on where I want to get to and how I want to get there, and I’m not used to saying those words. But it’s just the way it is. I know I have to adapt to whatever comes our way, and that’s exactly how I’ll approach it.

“There’ll have to be a very quick assessment ahead of our first game back – hopefully they’ll give us at least seven days to prepare – about who has done the work they needed to do and who is ready to play a 90-minute competitive game.

“It doesn’t need me to say that some lads will happily do press-ups and pull-ups and circuit training twice a day in their garage, or wherever, whereas others would prefer to take a hundred shots at a wall. They’re all different, and they all need managing differently, and that’s what makes it all so interesting and challenging.

“Whenever it is that we’re back, it’ll be when the country is ready for us to restart, and that will only be because it’s been deemed that it’s safe to do so, and not a moment before.

“I’m very comfortable with that because whatever our problems or opinions, the important thing has to be that we defeat this virus.”

Click HERE to read the first part of this interview.

Keep an eye out on the official website for the next part of this interview as we speak to Chris about his son Brandon who, living with cystic fibrosis and having had a liver transplant, is having to take extra care through this difficult time.

INTERVIEW: Someone to take the bull by the horns


As the Cumbrians continue to work hard to find that killer instinct caretaker boss Gav Skelton spoke about the fact that scoring goals is a priority in both the long and short-term, with the Blues...