Youth boss Eric Kinder spoke to us about what has been a tough run of results as the lads look to get back to winning ways when they head to Kendal to play Morecambe on Saturday.

“We’ve hit a tough patch, we can’t get away from that,” he said. “I’ve already mentioned that playing Walsall is a hard trip when you have to go there by mini-bus, and it’s all done on the day, but we aren’t looking for any excuses. We didn’t go out there and play well enough and that was why the result went the way it did.

“The Rotherham cup game was very even. It was whoever was going to make the mistake that was going to decide who would win it. Unfortunately it was us who made the error, but it really was a game that could have gone either way.

“The defeat against Tranmere last Saturday was hard to take at the time, but we’ve watched it back and we’ve seen that we actually enjoyed a heck of a lot of possession. The area where we let ourselves down was that we seemed to run out of ideas whenever we got into the final third.

“There’s a lot of sideways and backwards passing but we didn’t seem to have the ability to find a centre forward or to complete the killer pass. That’s something we’re going to have to work on when we get back onto the training ground.”

“What we saw from that game was that the pressure built up because we weren’t finding a way through and we then gave away three really sloppy goals,” he continued. “That made it feel like a really bad day for us but, as I say, it’s only when you watch it back without the emotions of the game that you see that it actually wasn’t as bad as you first thought.

“Once they scored their first goal we seemed to try to force things and the more we tried, the worse we got. I think what we’re seeing at the moment is a real snapshot of what youth football is about.

“That will always be a problem because it’s those players who create and score your goals. We were scoring for fun in Hungary, but I said at the time that the sides we were playing weren’t going to be as good as the sides we’re playing here in the league and cup games.

“We had a decent pre-season but we haven’t really touched the heights of what we want to achieve since that Blackpool game. That’s not for the want of trying, we could never criticise this group for that, but we have a situation where two or three of them try too hard and they start getting flustered.

“I’m seeing at the moment that we have real problems when we go behind. We don’t seem to be able to recover from it and that’s something else we’ll have to keep working at because these players aren’t as bad as the results from the last three weeks suggest they are.” 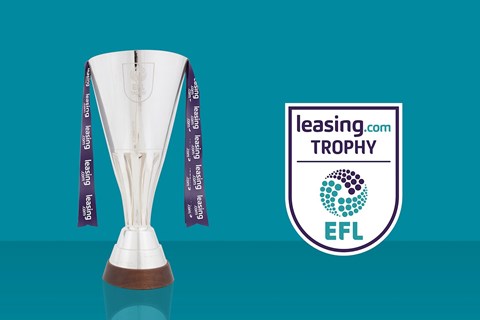 On moving forward with the group, he told us: “The good thing is that there’s something to build on. Just as an example, we had around 70% of the possession against Tranmere, but we’ve lost the game by three goals.

“That’s because we didn’t do the things that matter when we did have the ball. Along with that we had two corners in the whole of the 90 minutes, and both of them were put out of play immediately. When the basics aren’t being done properly it causes problems.

“We need to be aware of all of that and we need to get back to playing football in the manner we were playing it at the start of the season. They aren’t the most confident or toughest of groups anyway and they do need an arm round them when times are hard.

“I’d like us to look to get the first goal this weekend, and I think that’s when we’ll see a different team. We’ve dominated possession in all three of the games we’ve lost but we just don’t seem to have the quality to turn it into goals.”

Next up for the under-18s is the away game against Morecambe on Saturday.

“We played them during pre-season but that counts for nothing,” he said. “They play their home games at Kendal, and it’ll be a tough game, but we need to make sure we start well.

“These lads of ours haven’t become a bad team overnight, just because they’ve lost a few games. They’re bound to have lost a little bit of belief in themselves, that’s natural, and we’ll have to work hard to get that back.

“I want to see which of them stands up to this challenge now. When things aren’t going your way it’s where you find out who has the tenacity and desire to push things on. I’ve always said that the season starts in October because it gets colder, the pitches get heavier and the darker nights make the days feel longer.

“August and September can be fantastic because the sun shines, but suddenly realism hits home that it’s actually a hard job. It’s tough mentally and physically every single day and they have to deal with it.”