United’s under-18 side flew back from their two-week early-season tour to Hungary late last Monday night and they were faced with a quick turnaround with a Friday home game against Shrewsbury Town to contend ... in what turned out to be terrible weather conditions. 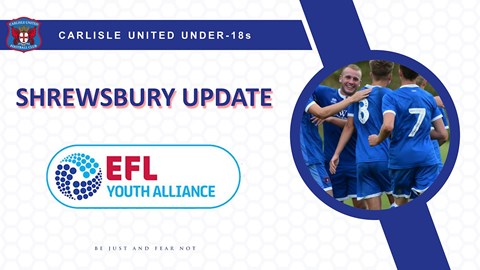 YOUTH: Result from the Friday game

Speaking about the trip, and about the 3-1 victory over the Shrews, youth boss Eric Kinder said: “It was a fantastic trip and the facilities were what you would expect from a country’s FA headquarters.

“Everything about it was terrific right from the word go, the place, the location, the pitches and the facilities were all absolutely first class. We were really well looked after and we didn’t want for anything.

“The boys have ended up a really close-knit group on the back of it, and I think that’s one of the big things they’ll take out of it. They’re all very friendly with one another, which comes from them growing up together, but they all thoroughly enjoyed it.

“If you take 20 16-18-year-old lads away for two weeks they get bored, but they couldn’t get bored in that place because there was too much to do.”

“We had three good games while we were out there, but the results in all three possibly flattered us a little bit,” he continued. “In the two games we won 4-0, they weren’t really 4-0 games, we just took our chances and defended really well.

“In the 7-2 game, the opposition just caved in through the last 20 minutes which allowed us to run up a score, but the overall game was a lot closer than the score line suggests. That made it better for us, because we were pushed all the way in really hot conditions.

“We tried something different up top while we were over in Hungary. I like playing with a front two, but we’ve really only got one out and out striker in Kyle [Soper]. We needed to try something different, so we put Lewis Rooks and Ryan Swailes up there to see how it worked, and it went very well while we were out there. I think both of them scored in every game, and they both scored again on Friday against Shrewsbury.

“Friday was the first time they’d played up front in a league game, and they give us something different. Kyle is more the target man, but those two will run in behind and work defences hard. They’ve had a good start, and it will be good to see how that develops as the season goes on.” 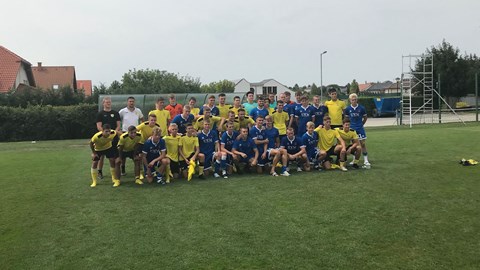 Speaking more about the home game against Shrewsbury, he told us: “It was a bit of a culture shock for the lads. The place in Hungary was like a mini St George’s Park in a beautiful part of their country, out in the middle of a forest. No disrespect to Creighton and the surrounding areas, but it is a lot different. For them to put the performance they did in was a credit to them.

“If you keep winning games you start expecting to win games, and it becomes a bit of a shock when you don’t. We know we’ll lose games this season, there’s no doubt about that, but we’ve had a good start and the only thing that let us down in the Shrewsbury games was that they wanted to win it in the first ten minutes, so they tried too hard.

“Once we settled down and started playing, we controlled the game. We were three up just after half time and the second half got scruffy and sloppy. The referee lost the plot a bit with their bench and it was a stop-start game. I was glad when the second half was over because it wasn’t nice to watch, but we’d done all the hard work in the first 50 minutes.”

Looking ahead to this Friday’s game against Walsall, he told us: “Everybody loves winning but I think the game coming up this week will sort us out.

“I think in all my time we’ve only ever won one game where we’ve had to travel more than three hours. Walsall is a really difficult place to go to and they’re always a good side. To go there after sitting on a mini-bus for three hours is very difficult, as Shrewsbury found out on Friday.

“You don’t have a pre-match as a youth team, you travel, get off the bus and warm up then get straight into the game. It’s very hard to win a game like that, so we’ll find out where we are once we see how we deal with it.”

With the Saddlers always one of the teams pushing at the top end of the Youth Alliance league, there’s no doubt that the Blues will have to be on their game if they want to get a positive result.

“Walsall have a very good catchment area,” the academy gaffer said. “They don’t really have to do any recruitment, they just let the likes of Aston Villa, West Brom, Birmingham, Coventry, Stoke and Wolves do their recruiting, and the ones they don’t want Walsall pick up.

“They’re always going to pick up some good ones because these young lads don’t want to leave home. It’s always been a difficult place to go because they always have good players.” 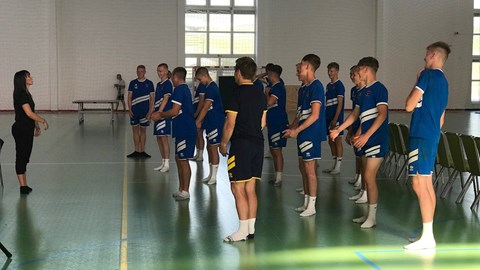 YOUTH: From the Erasmus+ Budapest tour

Having lost Jarrad Branthwaite and Taylor Charters to the first team, and with Josh Galloway having completed a permanent move to Leeds, we wondered if the squad had been stretched in any way.

“I asked Mark [Birch] last Friday what we wanted from the weekend, and he said a good performance and a win against Shrewsbury - which we got,” he commented. “I told him the weekend had already been a massive success for the academy because we had two under-18s on the first team bench, we’d won a game and we’d sold a player.

“Whether we wanted to sell Josh [Galloway] is a different matter, but that’s a club decision. We went into Friday’s game with three of our best players missing and we still won convincingly, so it was a great weekend.

“Jarrad [Branthwaite] is completely first-team based now, but I think Taylor [Charters] will get some game time with us at Walsall. I think even if he’s on the first team bench on Saturday, the manager will want him to have a bit of game time on Friday.

“I think Taylor will be around us quite a bit, but we won’t see much of Jarrad, and obviously Josh has gone, so we’re now down to the size of group I like to work with anyway.”