As the squad prepares for the visit of Exeter City at the weekend United boss Steven Pressley spoke about work still to be done at his weekly press conference having watched his reserve side suffer a defeat at the hands of a strong Sunderland outfit on Monday afternoon. 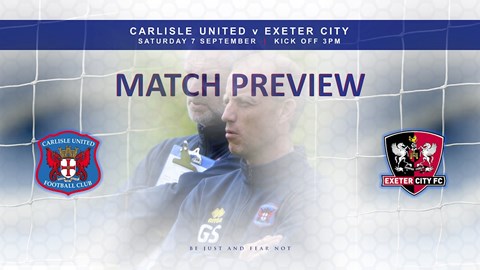 “We’ve got a lot of work ahead of us,” he said. “I must say that the group have given absolutely everything, and we have to consider that last Saturday was their eighth game in 28 days.

“A lot of our players have played almost all of the minutes and it is tough. Being honest, even I was feeling the affects of it. I had two days after Saturday where I completely switched off and it was the first time in a long time that I’ve done that.

“I was physically tired after what had been 28 gruelling days and sometimes, just like the players, you know you need to take a rest. What I will say is that there are signs that we’re moving in the right direction and that’s hugely important for us all.”

“I think when you see the friendly game, with fringe players playing against Sunderland, you can see that there is just now a situation where we haven’t got huge strength in depth,” he added. “Part of my job is to get everybody as fit as I possibly can, and there’s some of them in there who still have a way to go on that.

“A number of players we’ve brought in will take time to develop and we need to work on them. I’m realistic about that because that’s where we are. I’m trying everything to maximise this group, I love this group of players, but there’s a lot of work to be done with them and I think the Sunderland game demonstrated that.”

“The positive from that game was some of the players who needed 90 minutes got that, and that was something they haven’t had for quiet a long time,” he continued. “From a performance point of view there wasn’t too much for us to take away, but they all gained some physical benefit from it.

“Like I say, there’s work to do and I know that. Even with our young players, who we get really excited about, there’s still a long way for them to go, and people need to understand that.

“These lads have got a lot of development to do before they’re ready to play regular first team football. Nobody is working harder than the staff in here to move this club forward, but we need people to understand what we’re doing.

“We’re lining up another game again next week, against Hartlepool, because game time is important for the players who are on the fringes. Playing against good teams and players is the best way to develop, in my opinion, so if we can organise these games it’s certainly something we will continue to look to do.

“Coming back into training on Tuesday, having had the Monday game, I have to say that the Tuesday session told me that some of the players who joined us late aren’t physically ready at this moment in time.

“They’re not quite up to the levels of our players so this next couple of weeks gives us time to push them on a little bit.”

Having spoken about the fact that he would like to add an analyst to the backroom staff, he revealed: “There’s still a possibility that I am getting an analyst, or even two, but it’s interns.

“I was contacted by the manager at Penrith who is very active in this area and he’s going to meet me next week. Hopefully from that we’ll get two interns in to really give us support in that area, because it’s something we need.

“If we want to keep progressing as a club we need to exploit different areas, and many of the big clubs use interns in this way, so I might still get my analyst!”

INTERVIEW: We'll be trying to take the game to them


United face local rivals Morecambe at Brunton Park tomorrow with both sides looking to extend their current stubborn runs of form in what is building up to be another exciting encounter.


Assistant head coach Gav Skelton admitted today that the recent weather conditions had made planning for training sessions, difficult, but that it was something the management team were simply taking...

GALLERY: The Morecambe game in pictures


On the day that United marked the passing of Harry Gregg, goals from Omari Patrick and Aaron Hayden earned a draw in a game that the home side largely dominated when Morecambe came up the M6.


United's game against Fleetwood Town, scheduled for Saturday morning, has been called off due to the poor recent weather.