United head to Stevenage on Saturday looking for a return to winning ways and Carlisle boss Steven Pressley spoke today about the importance of having the hunger to turn positive performances into results with the Blues looking for consistency through what is another busy month. 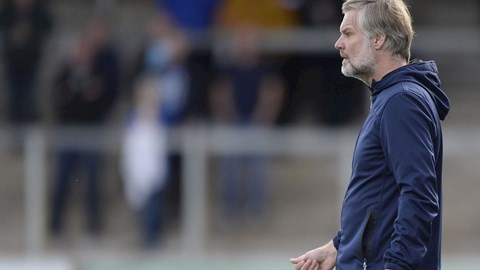 MANAGER: It was a game where we didn't work hard enough

“We’ve seen already that you can’t take your eye off the ball even a little bit,” he said. “You can think you are working hard, but if you’re not working in the way we expect then it will cause problems.

“We’ve seen when we get the right levels of intensity and the high press, and when the players are working as a unit, that we’re an extremely good side.

“It’s making sure that the work we’re doing is making a difference that matters. These players are more than capable of it and we just need to get back to it.”

On concentrating on our own style of play, he told us: “We can talk formations and tactics, but we know these players produce attractive, attacking football when they’re on their game.

“One thing I can say is that we go into every fixture looking to win it. Every game is the same for us, nothing changes. Whether we’re on the back of a win, draw or defeat, every game is seen as one we have to win. That’s football and nothing ever changes that way. 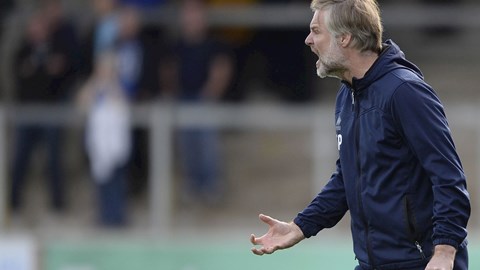 MANAGER: Games are decided by inches and yards

“On formations, if you speak to Jack Bridge, the position he’s playing now is his favoured position,” he added. “The 8, breaking in from deeper into the midfield, that’s where he wants to play.

“I spoke to him after the game he did play in the 10 position [at Scunthorpe] and he doesn’t feel as comfortable there. He wants to balance off, build the play, and he’s terrific at breaking the lines with the ball - that’s his biggest asset. It’s certainly not square pegs in round holes.

With United having conceded their second goal from a set piece, he commented: “Again, it comes down to the fact players have responsibilities.

“We know the player, he had his responsibility, that was his man, and he allowed him to score with a header. Players have to do better in those moments.

“It’s the same at the other end when we have a set piece. We have to do better, again. We have to work. If you ask the players, we work on that, we go in every week with a plan, and we have to execute them better.”