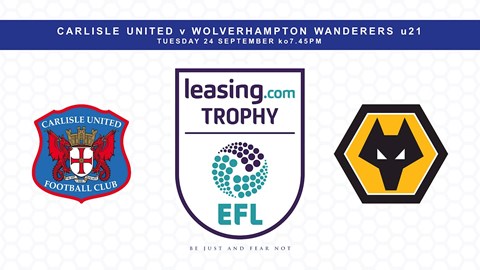 “There were a lot of good things, but also some naivety in certain aspects of our defending, which is natural with young players,” he said. “I was really pleased with some of the improvements of our young players.

“We showed naivety in our defending, although we didn’t actually need to defend that many moments. We lost a couple of goals through inexperience, but it’s been a really good learning curve for our young players who have taken a great deal out of tonight’s game.

“I’m pleased because the performance was much better than we saw in the two bounce games we’ve had so far. If you’d watched the players who played tonight at Hartlepool and Sunderland, you would have almost said they were unrecognisable from those games in terms of the way they worked and the way they went about things.

“The confidence that will help them comes from gaining experience and getting game time, that’s what you need. They’ll only improve from playing games, trust me on that.”

“I don’t like to lose any game, but with the exception of one or two players the age of our group was very similar to theirs,” he added. “I looked at the age of their squad in comparison to ours, and they’re very similar.

“These types of clubs can spend enormous amounts of money on their young players, we have to remember that. If you look at their squad and how many of them are playing with their national teams at the younger levels, it’s full of that.

“I really don’t like to lose, but the important thing for me was that I saw real improvement in quite a lot of our younger players. We know there is a lot more to come, but I’m pleased with the progress of some of them.

“Young Jarrad [Branthwaite] did some terrific things for a 17-year-old, but there were one or two moments he needs to tidy up on. We’re still talking about a kid there, and he’s one I have real hope for. He’ll take the experience from it and learn from it, and for the likes of him these are really important games.

“We don’t have a reserve team, and for players like him to develop in the manner that we want them to these games are vitally important.”

On the quality on show from the visitors, he commented: “These clubs have got terrific young players, but we’ve also got young players that I have hope for.

“We have a young squad and I have to work hard to improve them. I’ve said this time and again, it’s my job to improve them. The good thing for me is from the first two games the young players have played to this game, I’ve seen real improvement.

“I know where we are as a club and what we’re trying to do. I’m realistic about where we are. My job is to keep driving the group, improving the group and if I can see that I know things will happen then it can only be a good thing. I’m seeing that.”

A guest of the United manager at the game last night was Newcastle United’s loan manager Shola Ameobi, who came across to Cumbria to watch striker Elias Sorensen make his second start for the club.

“I spoke to Shola [in my office] after the game about Elias and he commented that it’s the hardest he’s ever seen him work,” the manager said. “He worked tirelessly and that’s real improvement in him since he arrived.

“I’ve had a couple of good conversations with him [Elias] and spoke to him about a number of things, and his response has been excellent. You can see that he’s beginning to find his way and understand the work we’re doing. I thought he really excelled and he can be pleased about that.”

MATCH UPDATE: Hints and tips ahead of the Oldham game

Wearing the captain’s armband for the first time for the club was forward Hallam Hope, who contributed with a fine finish when he latched onto an excellent through ball from Christie Elliott.

“I was really pleased with him,” the gaffer said. “The one thing was, not just his goal which he took brilliantly, but his overall play and attitude to the game was terrific. That’s a real plus.

“That will give him confidence, but I think his all-round play and his attitude to the game was a real example. Ryan Loft scored, and Elias really kicked on, so I was really pleased with those aspects.”

With the attendance figure reflecting the lack of trust the fan base has in the competition, he said: “This club’s been in several finals and brought terrific support, and I said to the players before that, although yes this is an opportunity for players to improve, we still want to win and progress.

“It was disappointing we didn’t manage the win but there were still a lot of good things from us. It’s a group stage at the moment, with Blackpool and Morecambe to come, and of course we’ll be looking to win against both of them.

“But it’s games that I think we need to give certain players opportunity to play if they’re going to progress and that’s what we intend to do.”