Defender Gethin Jones had a whirlwind of a 48-hour period at the end of last week as he went through the process of completing the details on a short-term deal to then make the trip to Stevenage where he made a very successful first start for the club. 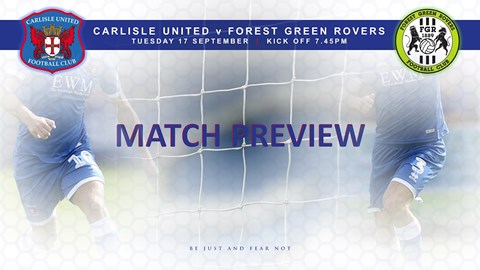 Speaking about it after the game, he said: “I’ve been waiting to get sorted somewhere for a couple of weeks now and I’m really eager to play games.

“I had a very good second half of last season at Mansfield so I was frustrated during pre-season. When I went back to Fleetwood for pre-season I knew this was probably going to happen, so it was just a case of keeping my fitness up until I could get something sorted.

“I just wanted to get out and start playing straight away, so once the deal was on the table I was always going to take it. I’ll just be doing everything I can to then try and get a longer deal in January. I know what I can do and how I can play, so I’m always confident in myself and in what I can produce.”

On getting the nod to start, he commented: “It was a bit of a surprise to go straight in the team, if I’m being honest.

“I’d watched the game against Exeter so it was good to be able to see how the lads play. I spoke to the gaffer and it was great that we were able to get something sorted in time for me to be involved on Saturday.

“I just want to play and impress in every game. I don’t want to stand around, I’m 23 now so I just want to get games under my belt and impress. It was a decision I definitely needed to make in terms of leaving Fleetwood, and I’m just happy that it’s led to me being here.

“I’ve already been here a week so I feel like I’ve gelled with the lads already. Maybe I would have been more nervous if I’d gone straight into the team after only being here a day or two, but the lads have been really good with me and I was just happy to get into the team.

“I already know Louis [Gray] and he spoke really highly of the club, so I think that helped as well. I was with him at Everton for about five years and we lived together for 18 months of that, so I’m really close with him.

“We’ve got a bit of a car school with Hallam, Kelvin and Mike Jones so I’m really getting to know them as well. They’ve all welcomed me and all of the lads have been really good with me.” 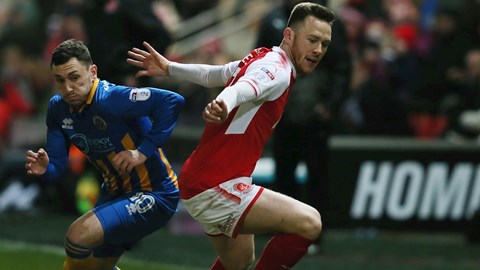 With fitness a big aspect of what the manager demands he confirmed that he’s more than ready for whatever comes his way.

“I’ve kept myself in good shape,” he said. “Stephen Crainey who is the U23s coach at Fleetwood was really good with me. I was able to train with them every day until I left, and I was doing plenty of extra running after training.

“I’ve always kept on top of my fitness and I wanted to impress as soon as I got a new club sorted, and I’m happy I’ve done that. I know Nathan Rooney as well and he helped me sort something at Fleetwood during pre-season, and he’s been really helpful.”

Looking back to the Stevenage game, and a new role on his debut appearance, he told us: “I’ve played my whole career at full back but the gaffer wanted me to do a job on the right of a back three, which I was happy to do.

“He wanted me to step in from that role and get involved in the play as well, and I’m pleased that I showed I was comfortable with it. I’ve never played there before so when I was thrown in there on Thursday it was a bit of a surprise.

“I spoke to the gaffer and he told me what he wanted me to do, and it was a bit like a full-back position in terms of him wanting me to step in and be involved in the play. Byron [Webster] is very experienced and he helped me a lot through the game.

“You can train all you like but you really only get to know how the lads play when you play a game, so that has really helped. We’ve done a lot of team shape in training so it was nice to actually play a match and pick up the three points.”

“It was an unbelievable feeling to get the win,” he added. “We knew it was something we needed to do and we knew Stevenage hadn’t won all season, so it was always going to be a battle.

“We were disappointed with the two goals we conceded but it was good from the lads that we came back and got the three points in the end.

“The good thing for me is that it’s a team that loves playing football, and I love playing football. We saw on Saturday that we play some good stuff and create chances from it and it’s enjoyable to be involved in.

“It was really pleasing to get the three points, especially with it being such a long trip for the fans and it was nice to go over and celebrate with them at the end.”

“We’re all looking forward to the Forest Green game already,” he concluded. “We’ve got back to doing what the manager wants, in terms of playing good football, so we’ll go into tonight’s game with plenty of confidence.

“I’ve really kept on top of my fitness so I feel ready to play another 90 minutes, if the gaffer picks me. It’s about making sure we’re ready for another game where we’ll hopefully get another three points.”

Click HERE to watch an interview with Gethin Jones on iFollow United now.