United’s under-18s had to play for the bulk of Saturday’s away game against Morecambe with just 10 men following a first half sending off for midfielder Ryan Swailes. 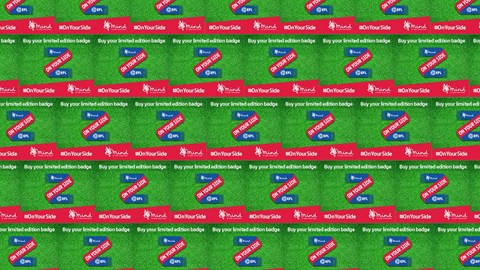 “The positive thing to come out of the game was the clean sheet and the fact that we defended very well,” he said. “It became a bit of a test for the lads because we lost Charlie Barnes after 20 minutes with an ankle injury, which was disappointing.

“That was caused by the playing surface. We played on astro, because the grass pitches down at Morecambe weren’t fit, and we didn’t want to lose a game so early on in the season. That’s why we took the offer up of playing on the astro, which isn’t the best surface, because we all wanted to get the fixture played.

“Charlie turned his ankle and it looks like he’ll be out for two to three weeks. Not long after that we lost Ryan [Swailes] to a red card, so it was stacked against us. To be fair to them we played very well after that. It was only due to our lack of finishing that we ended up with a 0-0 draw, but it was important that we stopped goals going in as well.”

“It was a frustrating morning overall,” he continued. “It was one of those where the referee needs to take a look at himself but we were happy to come away with a nil-nil in the end. The red card was a red card, but it came because Ryan was tackled about five minutes earlier.

“Granted it wasn’t quite as bad, but it was very close to a red card and their lad didn’t even get booked. Ryan then let his emotions get the better of him. I was stood right next to it and it was a red for me as well, so we can’t have any complaints.

“I understand his frustration because he took a bad one, and nothing got done. He has to learn that he can’t take the law into his own hands and he’ll now miss three games and get a fine because of it.”

On the much-needed improvement in performance, he commented: “They trained really well last week, and that was after we’d criticised them the week before for not training hard enough and not taking it seriously enough.

“We challenged them to be better than that and they responded really well. Training all week had been excellent, and Friday morning’s session was probably the best session in terms of tempo and attitude I’ve seen. They took that into the game.

“Throughout their career they’ll have team mates sent off and have to play with ten men, so it was a good learning curve for them and it was good to see how they reacted to it. They developed a real strength that they weren’t going to lose that game, which was pleasing.

“It was only really in the last five minutes when they got tired that it looked like they might concede, but we defended really well as a team.”

One area the youth boss has highlighted for improvement is the need to find the back of the net more consistently, with finishes having dried up in their last four outings.

“Our lack of goals is going to be a massive problem for us,” he said. “If you don’t score goals you won’t win games. At the moment we haven’t got a natural goal scorer in the team.

“We haven’t got a 15-goal-a-season man, and at youth level that’s pretty easy for a normal centre forward. We haven’t got a goal scorer, so it’s going to be a big ask for us. None of the under-16s are ready to step up, so we’ll have to go with what we’ve got.

“What I will say is that we have to remember that we started the season with 18 youth team players but we’ve lost Josh Galloway to a transfer, we’ve lost Jarrad Branthwaite to the first team, and now we’ve lost Charlie [Barnes] for two games and Ryan [Swailes] for three. We’re a bit thin, and none of the under-16s are quite ready to fill that gap just yet.”

It’s back to Youth Alliance Cup group action on Saturday with an away game at Fleetwood the second of the four round-robin set of fixtures scheduled, with a victory targeted following last month’s defeat at the hands of Rotherham.

“I think Fleetwood are still unbeaten so it’ll be a tough match for us, particularly with our reduced numbers,” he told us. “It’ll be another good test of character.

“It’s the second of our group games so we’ll have to win it to give ourselves a chance of going through to the knockout stages. If we lose we won’t qualify, because it’s the top teams in the five groups and the three best runners up who go through.”

Now heading into the third month of the campaign, we wondered what his thoughts were on how things had gone so far.

“As we sit here at the start of October, we’ve got two lads with professional deals and we’ve made money on another one,” he said. “If this was May and we were looking back on the season, and we’d sold one for I don’t know how much and two of them had got professional deals, then that would be a successful season.

“You’d rather finish in the bottom half and get four through, but 13 years ago I would have wanted to win the league, there’s no doubt about that!”