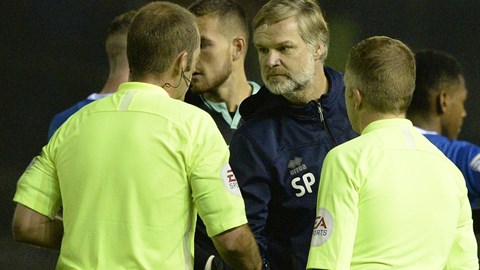 MANAGER: We have a group here that really wants to do well

“People don’t see that, but I see it and I’m very proud of the players I have here. I get a real kick from watching the progress they’re making. If you’d seen the place where Aaron Hayden was about four weeks ago - he was in a bad place - and I had a long conversation with him and I’ve worked and worked with him.

“He was another who was terrific on Tuesday night and he’s making real strides. It was an assured and commanding performance from him and I really do get a kick from seeing it.”

Newcastle United loanee Elias Sorensen was another who came in for praise as he grew into the Blackpool game to go on to become a real threat, particularly in the second half.

“He showed great bravery but, in football, it’s amazing, because the harder you work the better you perform. That’s the bottom line and I think that one of the things he’s added to his game is his out of possession work.

“We’ve worked on that with him and on his understanding of his roles and responsibilities, and he’s doing it to great effect. As the game went on he got stronger and stronger and I’m really pleased with what he did for us.” 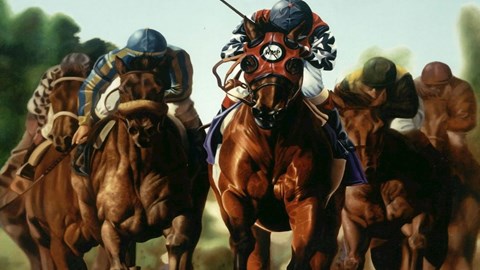 And on another solid display from 17-year-old defender Jarrad Branthwaite, he said: “I thought Jarrad, for a young boy playing against some physical players, performed really well. He’s another who is improving all the time.

“As a group there wasn’t a failure, they were intense, they pressured the game well and, let’s not be kidded here, this was a good Blackpool side with a lot of experienced first team players. That’s why it was a positive result for us.”

The Blackpool game brought a return to the starting line-up for influential midfielder Stefan Scougall, who captained the team for the first time on the night.

“Scougs, the truth is, he’s an amazing boy,” he commented. “I keep saying this about him, but I absolutely love him to bits.

“The intention was to only play him for 60 minutes but, because of circumstances, I had to keep him on longer.

“He got a little bit of cramp towards the end of the game but he just never lets you down.”

And wide man Nathan Thomas returned from illness in the second half with an explosive appearance which saw him twice go close to bulging the back of the net.

“Nathan really looked up for it and that was the type of reaction I wanted from him,” he said. “I really like Nathan as a boy and he’s someone who is maturing all the time.

“We had a good conversation the other day and we’re really comfortable with where we are. It was important for him that he came on and gave the reaction he did.

“The chance where he hit the post is absolutely vintage Nathan Thomas. He gets in that position and opens up, and it was there for him. He was unfortunate to see it come back off the post, but that sort of chance is typical of what he can do.

“He can be his own worst enemy at times but I really like the boy, and I have a really good relationship with him, which I want to continue. I was really pleased with the way he went about things.”


CUOSC want to say a big thank you to fans that have already got behind our ‘Carlisle REUnited’ campaign.


BBC Radio Cumbria have stepped forward to help the Blues rebuild the club archive which was decimated by the Storm Desmond floods in December 2015.

EFL: Return to Training and Testing


The EFL has provided its clubs with updated and finalised Return to Training Protocols (RTT) ahead of the planned resumption of tailored training on Monday 25 May 2020 for Championship clubs, and...

CLUB: He has given this club outstanding service


Carlisle United today give their best wishes to physiotherapist Neil Dalton who completes his 34-year stay at the club as he moves on to pastures new.