A huge 552 members of the Blue Army made their way to Brisbane Road last Saturday and they stayed behind their team yet again despite the cold wind and constant stream of drizzly rain. 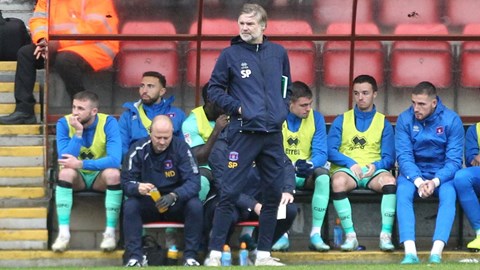 MANAGER: All we can do is take each game as it comes

Manager Steven Pressley spoke about what it meant to the players to see that level of support.

“They [the fans] were absolutely amazing,” he said. “I know we have a London supporters’ club, but I believe there was maybe only 30 from that branch – it tells you something about our supporters, the way they get behind the team. I’m sure they were encouraged by the efforts of the players.

“I think I’ve gone over and over it in terms of how we get them believing in what we’re trying to do again. There’s nothing I can say to the supporters other than we’ll continue to work hard, and I know we have to deliver for them. That is all. The only thing that’ll turn our supporters round is performances and results. I’m fully aware of that.”

“It’s been a difficult period, but I always turn back on my experiences,” he added. “My first job, there was a period where the banners were up, ‘Pressley Out’, I had to endure that, but I turned it round. I kept going and going and working exceptionally hard with the players. 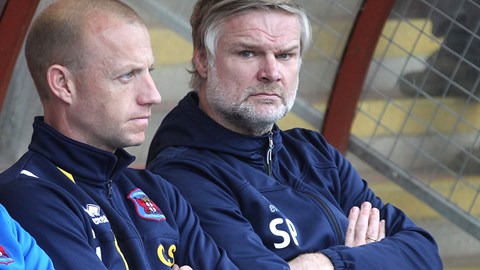 MANAGER: It's only a draw

“In the end, the relationship with the supporters was amazing. We really turned the club around. I do try and take strength from that. I’ve got huge support behind me, which I really appreciate, and I’ve got a group of players that I know are working for me.

“I know that the fans need to see more of what we did in the second half for them to really believe in what we’re doing, and I won’t hide away from that. It’s my job to give that to them. I’ve had no complaints. This is the game of football now.

“The fans vent their anger and I understand that. I’ve never at all criticised them for that. I accept that. This is football, this is their club, they want a successful team and I’m trying to deliver that.”