Midfielder Stefan Scougall put an eight-game absence behind him on Tuesday afternoon when he got back onto the pitch in a reserve friendly against Rangers at Murray Park.

MATCH PREVIEW: The Alex are next up for the Blues

The all-action midfielder played 45 minutes as he continues on the road back to recovery having picked up a hamstring injury at the end of the Rochdale Carabao Cup game at the end of August.

Talking about the game, he said: “It was good to be back out there because I’ve been out of action for a few weeks now. It’s been kind of unfortunate because I was hitting a bit of good form at the time, but it’s good to now have that 45 minutes under my belt from what was a competitive game.

“I needed to be out there because you can’t replicate what you do in a game in training, no matter what you do. It was high tempo against a decent Rangers team, so it was good to be involved.”

On the wait to make the step up from training to playing again, he commented: “To be fair, I’ve felt pretty good for a couple of weeks or so now.

“I’m sure Dolly and Dave Waldie will tell you that I’ve been chomping at the bit to get back a bit sooner, but they didn’t want to push it and I completely understand why.

“I knew I needed to respect the plans they had for me because they know better than me about these things. Of course I wanted to be out there, but I can’t complain because they really have looked after me.

“You can’t risk an injury like this, it’s so easy to do it again, so I’ve taken their word for it and I feel good because of it.” 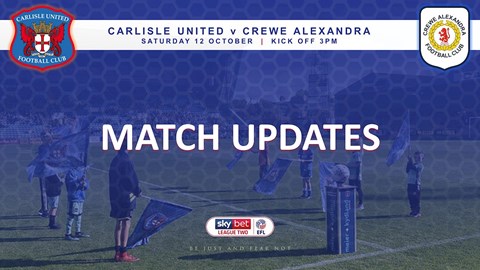 Having said at the time that the hamstring hadn’t felt right, but with an insistence that he wouldn’t be out for too long, he admitted that it was frustrating to have had to sit out this run of games.

“At the time I did think it would only be a couple of weeks maximum,” he conceded. “I remember telling everyone that it didn’t feel that bad, but then we got the results back from the scan and it wasn’t good news.

“When Dolly told me I remember sitting there feeling pretty shocked, I just didn’t expect it. It was what it was, you have to take it on the chin, and I’ve done the hard work now so I just need to make sure I can get back on the pitch and get going again.

“For me, I hate watching football, especially when it’s games I feel I could influence. If you’re watching the boys and things aren’t going well ... it’s just tough to watch. Hopefully that’s behind me and I can get back amongst it now.”

Having already spoken about the good personal form he was showing prior to the injury, he added: “It kind of sums up my career, in a way. As soon as I hit a bit of good form I get an unfortunate injury, and that’s what’s happened here.

“Hopefully I’ll get back to playing the way I was, but I know it’s not going to be easy to even get back into the side, because the gaffer has brought in some really good players. Jack Bridge and Mo [Sagaf] have done very well, and there’s Mike Jones and Canice [Carroll] who are all fighting for the places.

“These boys are good players and they wouldn’t be here if the manager didn’t have it in his mind to use them. There’s a lot of work on my hands to get back in there but hopefully after Tuesday I’ve taken a step in the right direction.

“The way I am I would love to start on Saturday, but I understand that you need to go through different stages to make sure you’re properly ready. I’d love to do it but, like I’ve said, the players who have the shirt just now are doing well so it’s up to me to make an impact whenever I do get my chance again.” 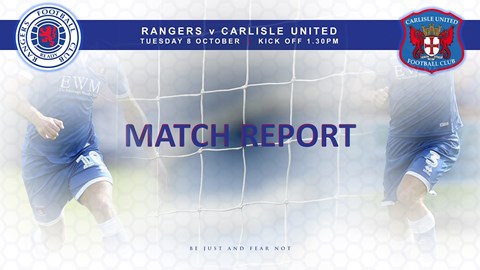 RESERVES: Update from the Rangers friendly

With the Blues looking to kick on and climb the table he spoke about the margins between winning and losing having watched may of the games from the sidelines.

“I’ve missed eight games, and you could probably say that in five or six of them we’ve played really well and just been unfortunate that we didn’t take all of the points,” he said. “It’s been the rub of the green or the bounce of the ball which hasn’t gone for us.

“The away games are frustrating because you can’t really watch them, and the fact is that you’re here to do a job; you’re here to play football. That’s what I love doing and I’m glad that I can look forward to being in a match day squad again.

“There’s nothing better than being out there and giving it everything. You try to do your best in every game and I hope the fans can see that. Hopefully that will continue and I’ll get back to doing what I was good at before the injury happened.”

Click HERE to watch an interview with Stefan Scougall on iFollow United now.