The Under-18s are back to league action this weekend as they head to a tough away game at Rochdale. 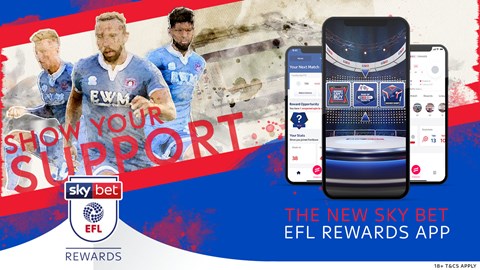 Speaking about the game on Monday night, United’s academy boss Eric Kinder said: “We’re back at it with Rochdale this weekend and we want to see a good performance there.

“I don’t think we’ll be strong enough to win the league, but we want to finish as high as we can. We want to see the lads doing things properly because there’s a lot at stake for all of them.

“Rochdale will be tough but we know where we need to improve. As I’ve said numerous times, I can’t criticise these lads for ever giving up or for their attitude. If they go there on Saturday and put into practice the things we’re working on they’ll give themselves every chance of winning it.”

“Obviously we’re still in the Cumberland Cup, and that’s a competition we will try to win,” he added. “If you enter a competition you have to go out to win it, and we’ll do everything possible now to get as many league points as we can to see how many of our second years we can get through.

“Like I’ve said before, we’ll get the first-year lads ready for next season as well, and we’ll also get as many of our under-16s as possible playing at the under-18 level as possible.

“It’s about earning a deal for the second year lads, getting ready to have good go at it next season for the first years and introducing our under-16s so that they’re as ready as they can be when they become our new intake in July.”