United are live on TV tonight for the Emirates FA Cup first round meeting with Dulwich Hamlet [BBC2 – kick off 7.55pm] and gaffer Steven Pressley spoke again about the magic of the FA Cup, and about the type of game he expects to see as  the teams get ready to play in front of a sell-out crowd. 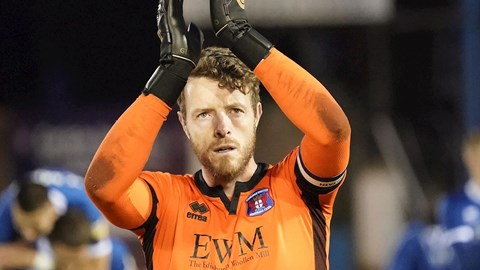 INTERVIEW: These ties are good ties and it’s what the cup is all about

“I love this competition,” he said. “I think it’s well documented worldwide just how well regarded the FA Cup is.

“It’s probably regarded as the best competition of its type and it’s definitely got a real excitement about it. That’s why we’re all looking forward to the game.

“What I will say is that we know that if we don’t turn up with our A game it will be a very difficult night. They’ll be fully up for it and we’re giving them every bit of respect they deserve.”

“We have to be absolutely maxed out from the moment we kick off for us to win this game,” he added. “The reason our players are playing professionally is that they have good quality, there’s no doubt about that, but we have to make sure we don’t turn it into a typical FA Cup game.

“We need to impose our way on things, but the other aspect of it is that if you don’t stand up to what they ask of you, then you won’t win, it’s as simple as that.”

“I stressed to our players at the Tuesday morning meeting that they’re in for a real test,” he confirmed. “We all want to be part of an exciting cup run, and I know this club was at Anfield in a cup competition in recent years.

“That’s the kind of thing we want to be part of. We want to progress in the FA Cup and get to the latter stages. That has to be our aspiration. It brings an excitement to the city because it is such a great competition, and we also have to remember that it’s not often that this club gets to play live on national TV, so that’s another great thing.” 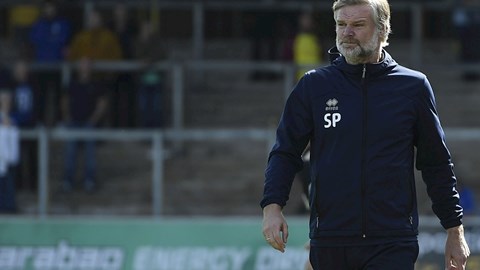 With more on the preparations for the game, he told us: “We can only prepare as we do for every game, but it comes down to the mentality of the players and how they play on the night.

“They have to handle the occasion and what Dulwich throw at us, then they have to deliver what we’ve been working on. Being on TV does bring added expectation, but that’s part of being at this club and part of playing against teams in the lower leagues.

“You have to win these games and handle that type of pressure. That’s why this cup competition is such an exciting one. For many of our lads this will be their first ever game live on the TV, which is fantastic, and this will also be their first experience of FA Cup football.

“There are a lot of things to enjoy about tonight but we’ll only really enjoy it if we get the right result, that’s the bottom line. We have to go there and make sure we’re not making back page headlines for the wrong reasons.”

But what is he expecting to see from the home side?

“They’ve got a good setup,” he commented. “It’s a small ground, not the biggest of pitches, so it will be tight and they get terrific support. They’re very vocal so it will be a really good atmosphere and it has the makings of a great cup tie.

“We watched them at the weekend and we have numerous video clips of them, which we’ve studied, and nothing changes in terms of how we analyse the opposition. Along with that we have to be focused on the job we need to do. 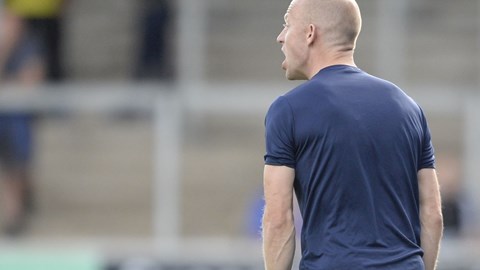 INTERVIEW: They'll be looking for a scalp

“We’ve watched as much footage as we can but it can be hard to get a grip on how teams like this will play. When we watched Worcester in the run up to that game I mentioned when I was with Coventry, they didn’t play particularly well prior to the cup tie and they hadn’t been a team who pressed the game, but they were the polar opposite when they faced us.

“I expect Dulwich to press us and play with high energy. I expect them to put the ball on top of us and ask a lot of questions of us. We have to answer those questions, but on top of that we have to impose what we’re good at on the game.

“They’ve got some good size in their team, they’re a physical team, so it will really test us and we have to stand up to that. We have to do the bread and butter really well, but we have to make sure we don’t lose sight of what we are as a team. I don’t think either of the side’s league form will be a factor in the game.

“I think we’ll see a Dulwich team who will play without any fear and with full commitment, and it will be a high energy performance from them. I’ve experienced these kinds of game before, and it will be as hard a game as we face this season, so we’ve got to be ready.”

And the sell-out of the stadium includes the full allocation of 500 which has been snapped up by the Blue Army.

“The numbers going on Friday night are phenomenal,” he said. “I spoke about it after the Leyton Orient game because it really is fantastic.

“I know we’ll have a good following from the London Branch again, but for the majority of our supporters to go down there on a Friday night shows the commitment. That’s why it’s important that we get the right result for them.”