Assistant head coach Gavin Skelton spoke to us about the news that he had extended his stay with the club until the summer of 2021 ahead of this weekend’s trip to Forest Green Rovers. “I’m delighted,” he said. “The last couple of weeks have caused uncertainty but from the offset the club kept me up to date with stuff, and thankfully I’ve signed my new contract which takes me through next season as well.

“It’s nice to get sorted out because my contract was up in May. Contracts mean a bit of security, but not total security in football, so it’s up to me to work hard. I’m really pleased and grateful to the club for showing support to myself.”

On continuing in the role he’s now occupied since the beginning of June, he told us: “I really enjoy the role. I was enjoying working with Steven, I’ve spoken to the new manager at the start of the week and I’m trying to help him as much as possible. He’s very open and I’m looking forward to working with him.

“To be honest, I was surprised when I was told this was happening because there’s been lots going on. To think of myself and my contract situation, I’m really pleased and grateful they have looked at me and felt I was doing a reasonable job, a good job, and that they want to extend that for me so that we can work with the new manager and try and push the club forward.

“I met Chris on Tuesday morning before training, there’s lots he’s trying to find out about everything that goes on in the building. He’s well prepared and he’s looked into the background of out players, and it’s just the finer details he’s asking about.

“It’s been quite full-on since Tuesday in preparing for the game Saturday. I’ve got the inside track on a lot of things and that can certainly help him. I’m really enjoying what I’m doing and I’ve made it quite clear since the start of the season, I’m learning all the time. Coming into work is something I look forward to every day.” 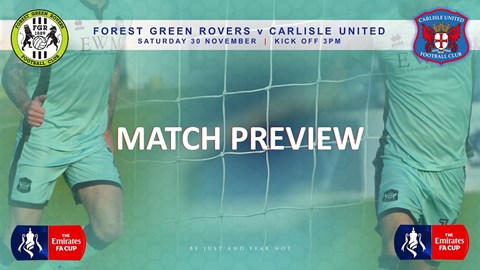 MATCH PREVIEW: United at the New Lawn in cup action

Looking back at what could have been an unsettling period, he said: “The club have been great with me, over the last year and the last two weeks. It was nice to be in charge and that is something people can’t take away from me.

“I’m really pleased they have shown the confidence in me and everything that’s happened is adding to the learning, and you’re always learning. You learn a lot about yourself and about other people.

“It’s now on to working with Chris and he’s enthusiastic, he’s got his own ideas, he’s been very open with his ideas, and that’s something we’ll look forward to working on. I’ve known of him, he had a good track record at Rochdale, but I don’t know him on a personal level.

“With the nature of this business you’re desperate for results, so it’s hammer and tongs, you’re right at it, giving as much information as you can. We’ve spoken a lot already in the last two or three days. We’re both football people, some of his ideas mirror mine, and I look forward to working with him.”

With Forest Green up next in the second round of the FA Cup, he commented: “It’s exciting. People say the league is your bread and butter but the FA Cup – it doesn’t matter if you’re a fan, player, coach – it’s exciting.

“It’s a very tough game against Forest Green, but we’ll go there in good heart and you are desperate to get through, because the third round is where you want to be when all the big-hitters come into it.

“They’re a good side, they move the ball well, different to a lot of games we’ve played, they’re very patient and try to probe, so it’s important we concentrate throughout. You might think they’re in safe possession but then they’ll pick you off like they have many teams this year. That’s why they’re near the top of the league.

“We respect them, they’re there for a reason, but we’ve shown on our day, if we perform to our levels for 90 minutes, we’re a match for anyone. It’s finding that consistency and doing the basics well and that will give us a platform to get a result.”

“The aim for us is to get to the third round,” he concluded. “They’re on a good run, the league position shows that, but we know how they play, it’s managing them and making sure we can capitalise on where we see their weaknesses.

“A big thing for us could be getting a result against one of the top teams because that could change the mindset. Even if you’re not thinking it, subconsciously you can have that in your head. So it’s vital we get out, start well and do what we can to get the win.”