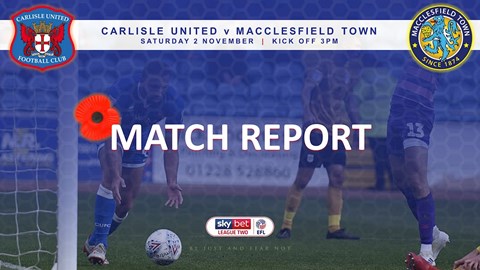 Speaking first about the manner of the victory, he said: “First and foremost it was a fantastic result. To go a goal down, everyone was a bit edgy, and to show the character we showed was excellent.

“We had a young team, the average age of the outfield players was around 23, so to come back and win the game like we did is fantastic. I’m really pleased for them. We’re definitely not getting carried away, it’s one win, and we need to start building on that.”

“Results are everything, and that’s what we got,” he told us. “We’re delighted, absolutely – we wanted to win at home, and you could feel it in the stadium that everyone was edgy, particularly after we went behind.

“But it was great character from the lads. I know it’s a word that’s often used, but it really was that in this game. We could have gone under, but we didn’t, and it was good that we got back in it just before half-time. In the second half I thought we played well and deserved to win in the end.”

With the visitors having taken the lead midway through the first half, we wondered if any doubts had crept in amongst the management team in the technical area.

“No panic!” he insisted. “You do wonder when your luck will change, but you have to keep going. We have belief in the players, we see them every day, it’s easy to keep saying that but results determine what people see.

“We see them every day, they’ve got good character and spirit and thankfully they showed it for us. The manager said after the game, ‘great today, but we have to start building on that’. Not just one result then setbacks. We don’t want that, we want to get on a good run.

“For such a young team they showed us a lot and they will have taken a lot from that game.”

“The other thing is, sometimes you get a feel,” he added. “They get a penalty, Adam makes a great save, then you think come on then, this is an opportunity for us.

“And from there we get a well-worked set-piece that we scored off! That came just before half-time and you think we’ve got to capitalise on this, a couple of things have gone for us, which they haven’t in other games.

“Second half I thought we were the better team and played some really good stuff. We were patient, didn’t just get it forward, we built attacks like the manager wants and works religiously on, and thankfully we came out winning.” 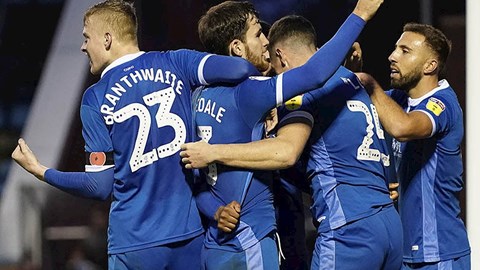 On the importance of the penalty save, he commented: “It was massive. You can’t dress it up – it’s a massive save. You could feel everything flipped on that. If you go two down it’s a big upward task.

“The minute Adam did that, and then we scored before half-time, it’s almost two swings, and we said at half-time you have to take advantage of it, and thankfully we had the courage to do so.”

Speaking more about the timing of the equaliser, he said: “It changes the mood and you could feel the atmosphere in the ground. It was a few claps as we walked off rather than what would have been expected if we’d been 1-0 down.

“The impetus was with us and thankfully we managed to see it through and capitalise on that, and not have another ‘unlucky’ with a 1-1 or 2-1 defeat. We’re pleased and delighted to win, but we won’t get carried away. As we all know, after the last couple of home games it’s nice to win.

“Like I say, Harry’s goal was a fantastically worked set-piece! Everyone ran exactly where they were meant to … the delivery was … seriously though, sometimes it goes your way. We won and that’s all that matters.

“It was a vital time to score, it changed the whole complexion of the game and the mood of everyone. First half we were patient, didn’t create a lot or concede a lot of opportunities, but second half you did feel it was building.

“We kept moving the ball well, getting crosses in the box and Lofty was a handful. All the subs had an impact. Canice Carroll made good decisions, Hallam Hope kept the ball for us well and Lofty showed good energy up front.”

“I did feel we were going to win today,” he confirmed. “Things go for you, the rub of the green, why do certain things happen, that’s why we all love and watch football.

“You do get a feel for things and what’s coming. The goal, they have an offside, and he is offside, but thankfully they make the right decision. We didn’t get one against Northampton where I thought their first goal was offside, so everything came together and it worked well for us.

“It’s a result that means a lot to the fans first and foremost and it’s a relief to get another three points on the board. The fans got behind us, you could feel it in the second half, and they go away feeling happier. They’ll be delighted with the win, but they’ll want more, just like we do.

“We can all get edgy but the fans stuck with us second half and you could feel the energy building. It’s no coincidence that we went on to win it.

“But I’ll say it again, it is just one win and we want to build on that. We believe we’ve got some really good players that can be fantastic players for the club, but we know there’s a long way to go.

“We want to get up that league. Where we are isn’t good enough, but we’ve got a young team that we’re working hard with. There has been progression in it, sometimes results don’t show that, but if you get results people outside start to see progression and everyone feels much better about things.”