Manager Steven Pressley moved quickly to tie down defensive targets through the early stages of the summer transfer window with Christie Elliott, Jack Iredale and Jon Mellish added to the ranks through a busy first week of business.

And he confirmed that he saw the back line as a priority as he sealed the deal on three of his top targets, having done extensive background work prior to the final ball of last season being kicked.

“We knew what we wanted to get done as soon as we got back from Yeovil because we’d completed the research on a number of players we felt could help us to push on next season,” he said. “At that point you start to make contact and the job is then about convincing them that this should be their next move.

“The good thing for us was that all of the players who have signed so far really wanted to be here. That was clear from the moment we started talking. They understand fully the demands that will be put on them and they’re ready for the challenge.

“It’s an exciting time but, of course, there is still a lot to do. I’m under no illusions about that and that’s why I’ll be working tirelessly on identifying who want to come to Carlisle United and who want to be part of this club.” 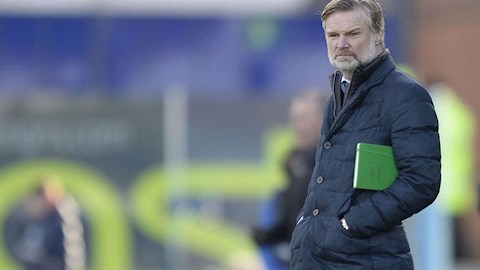 MANAGER: I think Scotland could be a very good market for us

Speaking more about the capture of the defensive trio, he told us: “My opinion is that the signing of defenders on a permanent basis is the right route to go down.

“In the attacking areas you can sometimes get more value for money with a loan deal. That’s why we’ll be patient on several attacking targets we have, and possibly even on a couple of the midfield targets.

“The reason I’m willing to be patient is because I think it’s very important that we get players who understand what’s required at this level and who have the capability of dealing with the basics of the game.

“We want the right players, people who will buy in to what we are and who will come here and give the club and the supporters everything. That’s why I’m happy to be patient to make sure we get the quality of person through the door.”


The EFL and mental health charity, Mind have today revealed new-style names and numbers for the 2020/21 campaign and are asking fans to share their stories.


The #SaveOurStan campaign – which is aiming to get local youngster Stan Dalton over to Singapore for lifesaving medical treatment – has received backing from all over the country in recent weeks, and...

YOUTH: The journey he's been on is incredible


Academy manager Eric Kinder confirmed this week at an early August start date has been targeted for a return to training within the EFL academy system.