United boss Steven Pressley confirmed at his weekly press conference that there have been no additions to the treatment table as the squad now switches attention to preparing for this weekend’s tough away trip to Tranmere. 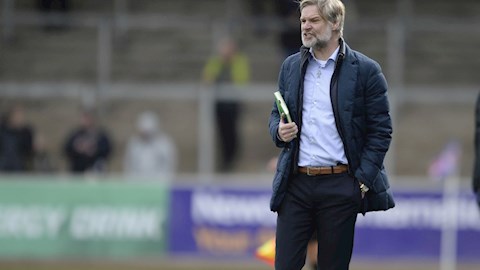 MANAGER: We must keep believing in what we're doing

“There have been no adverse reactions from the weekend,” he said. “The group that was available for the Cambridge game all trained on Tuesday, and it’s also been nice to welcome Kelvin [Etuhu] back.

“He had a slight issue with his new baby and that took priority, so he wasn’t available for us. He’s back with us and smiling and that’s fantastic for him and for us. What his return does is give us a real selection problem.

“But, to be honest, that’s a great dilemma to have. I thought Mike Jones was terrific against Forest Green and he followed that up with another brilliant performance on Saturday. I’m pleased for him because the way he is as a person is first class and he deserves to be playing the way he does.

“I think he has been a big part of the positives things we’ve seen because he brings a real composure in that area. It’s his initial pass that sparks quite a lot of our counter-attacking moments, which has also been good to see. He’s played a key role so, like I say, it’s a great dilemma to have and it’s a credit to him for creating it for me. 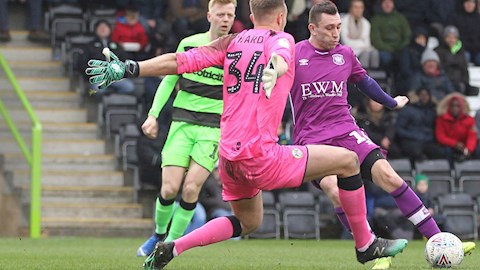 INTERVIEW: It felt like we would go on and win the game

“Another in that vein is Nathan Thomas. I spoke to him about the fact that he’s broken his Notts County record - he scored one goal there - but in all seriousness that’s the second performance where he was excellent again. He’s providing us with a real threat but he’s the type of player who needs to be pushed all the time.

“If he gets complacent, he’ll drift back, and I’ve seen that when he’s pushed he’s a really exciting player. It’s only two games and good players play two seasons back-to-back at that level, so we still want even more from him.”

“Macaulay Gillsephey continues to make good progress, so we’re moving in the right direction with him,” he added. “With Macca, we’d be able to call on him if there was an emergency, but he’s not really ready at this moment in time.

“This is his first full week of training and he hasn’t played any games, as yet, but sometimes at this stage of the season you need to put people in earlier than you would like to. We want to avoid that if possible, but he should be ready to return in the next two or three weeks.”

“Peter Grant still hasn’t returned to full training, but he had some good news on Friday from his scan,” he told us. “If he doesn’t return later this week he’ll certainly be back by early next week.

“Everything we’re doing in training at the moment is with the remaining games in mind. The biggest test on our numbers will be the Easter weekend and I’m hoping that by then we’ll have several players back.

“When the turnaround is quick during that period you need to utilise your squad, so that’s something we’ll certainly look at. Other than that we get plenty of time to recover during a normal week, so we’re ok in that respect.”